The Korean Pavilion at the 16th International Architecture Exhibition – La Biennale di Venezia will present Spectres of the State Avant-garde, an imagined archive of the Korea Engineering Consultants Corp. (KECC), a technical consultancy for architecture and civil engineering established by the government in 1963. Curated by Park Seongtae, founding director of the Junglim Foundation in Seoul, Spectres of the State Avant-garde seeks to reconstruct a hidden narrative about the state’s paradoxical pursuit of a utopian vision for society through oppressive government policy. 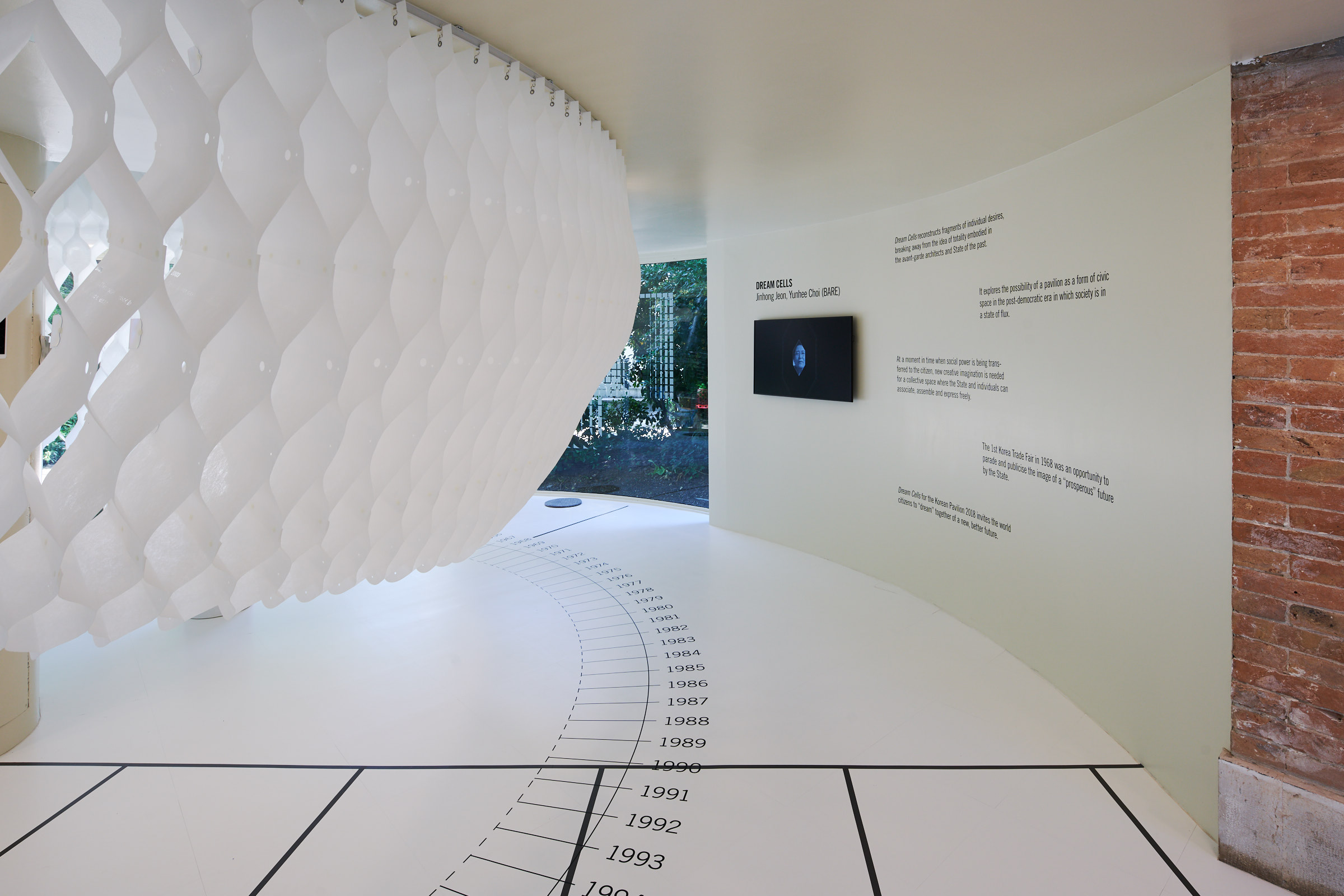 KECC enjoyed an unparalleled dominance over Korea’s architecture and construction industry, and the breadth of its activities reached beyond civil engineering and infrastructural projects to include urban master plans and expo pavilions. Their visions at times mimicked the radical architectural experiments of the West but more often assumed a pragmatic attitude in line with the state developmental agenda.

The exhibition presents four projects by KECC from the late 1960s, all of which served as nation-building propaganda: The Expo Pavilion for Osaka Expo 1970 was a venue for showcasing Korea as a nation-state on the world stage; the utopian master plan for Yeouido symbolized the brilliant future promised by the economic development plans; the Sewoon Arcades heralded the wave of urban renewal projects, and the Guro Industrial Exposition signaled the beginning of a new era of affluence. The first two projects were symbolic gestures for announcing the trajectory of the new nation-state, whereas the other two projects were evidence for the imminent realization of economic prosperity.

“Despite KECC’s undisputed influence over Korea’s subsequent urban paradigm that continues to this day, their stories remain as a blind spot in the architectural history of Korea. The vacuum of archival evidence has led to various historical assessments, ranging from adulation as the mythical pioneer of contemporary Korean architecture to resentful dismissal of their work as a Faustian bargain. Its apparition still haunts the architectural imagination in Korea, and the 2018 Korean Pavilion is an attempt to dive into this historical void to meet face-to-face the ghost of KECC. By exorcising its contradictory legacies, we may discover, beneath the ashes of the State Avant-garde, clues for building new forms of civic space for the post-developmental and post-national society today.”