FAD caught up with British artist and architect, ahead of his new exhibition where he will be exhibiting some of his work from the Venice Biennale 2017 for the first time in London.

You are both an architect and an artist. Which practise were you drawn to first?
My grandfather was an artist and my father was an engineer. I found myself experimenting with my grandfather’s paints and sculpture materials when I was a kid, but my father directed me towards architecture, which he thought would be a far more sensible career than painting! 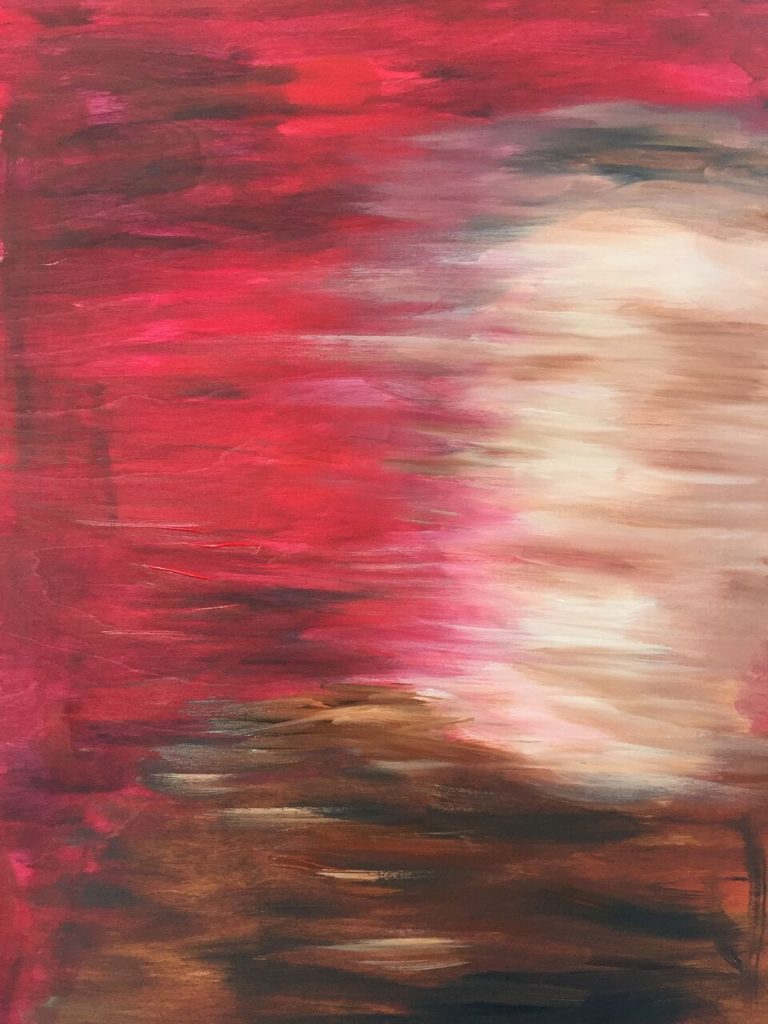 Going off of that, how do art and architecture overlap for you and how do they differ?
I’ve always seen architecture and art as media for expression, and in both practices I’m interested in capturing movement in form. The process of painting is also a release from architecture. I get great satisfaction from the visceral quality of painting, the immediacy of expression that seems to directly resist the control and precision required to create architecture.

The title of your most recent series is ‘Layers of Self.’ Can you explain in your own words the meaning behind this? What inspired the idea?

Layers of Self is a sculptural series made with multiple layers of transparent plexiglass, each with a painted portrait. When seen while the viewer is walking around the work or from an angle, it creates the illusion of a three-dimensional bust. The work intends to manifest the nature of people’s characters, which we discover in layers that are built up to create a whole. 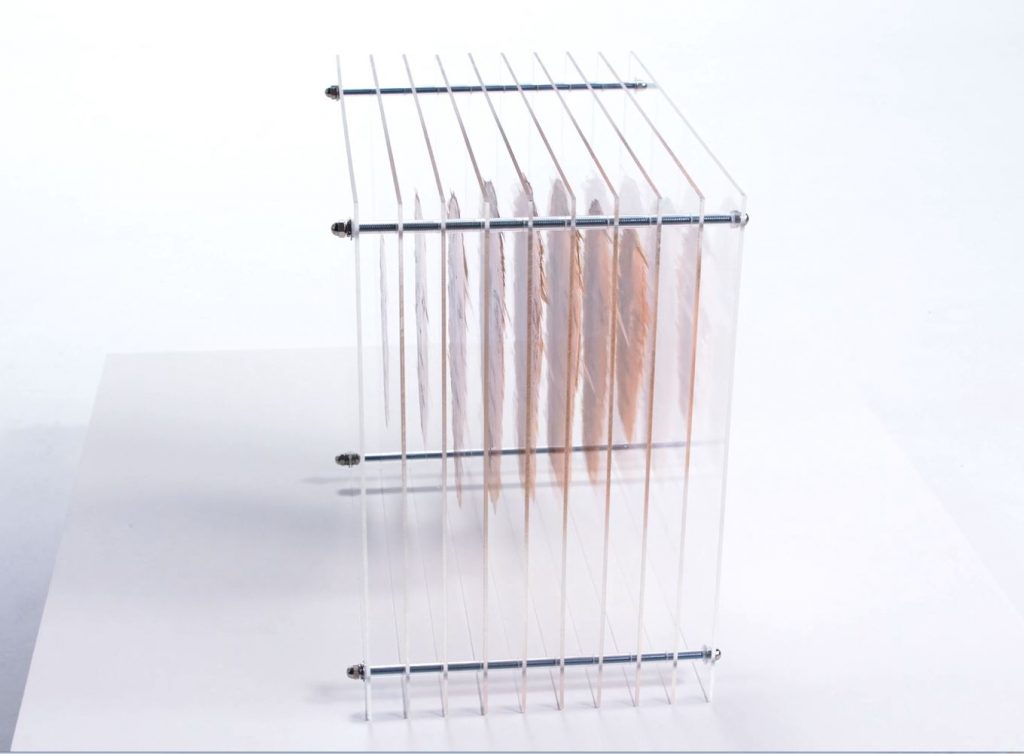 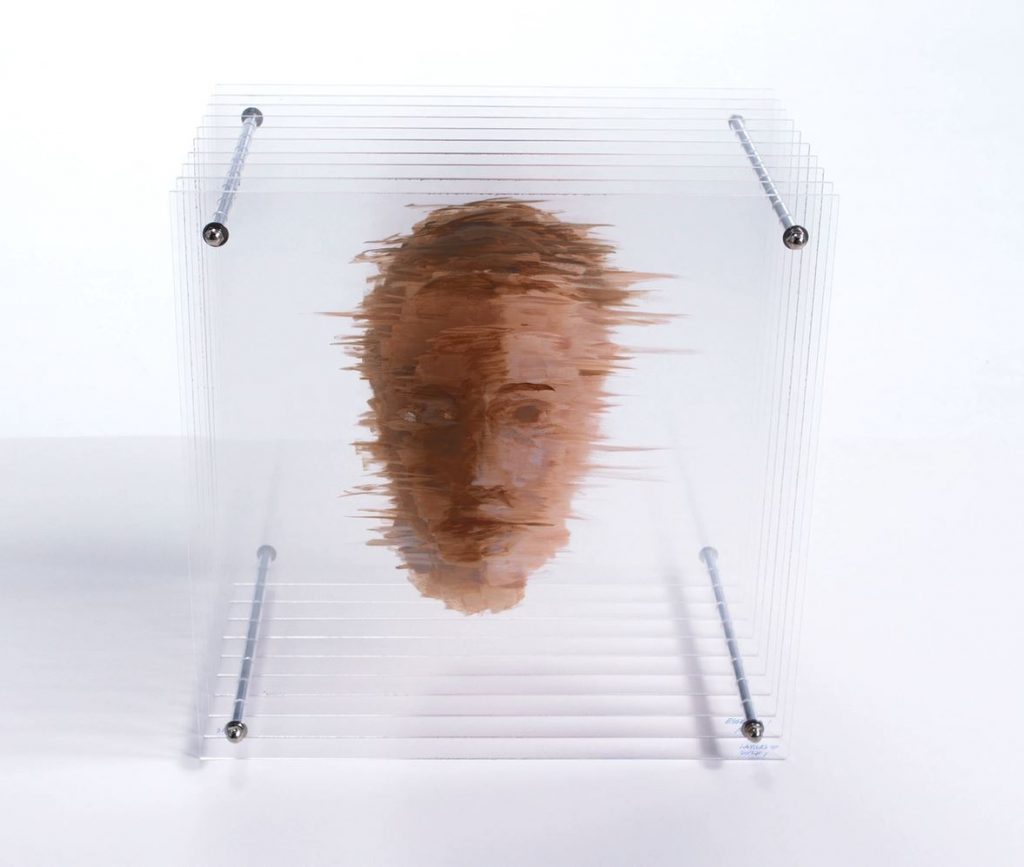 The challenge of realizing character in layers in a compelling physical way of course speaks to my background in architecture, public art and sculptural modes of creativity. An artwork that exists in depth entertains a multiplicity of perspectives, allowing the viewer to experience the sculptural work as a complex living organism.

The human face is in many ways the visual conduit for the external expression of qualities of thinking and feeling (and perhaps consciousness itself). Working in three dimensions allows me to create not only one self-portrait, or even multiple portraits of oneself, but to actually represent the interplay between co-existing allusive portrayals of the Self.

I know that its important to you that the artwork, despite its association with personal tragedy, be viewed as positive, as a celebration. Would you be able to explain this to us in a bit more detail? What can people suffering through a similar situation take from your work?

For the past ten years, I have acted as a caretaker to my mother who has Alzheimer’s. I wouldn’t necessarily say that the work celebrates an overcoming of tragedy, but rather a coming to the terms with the way that our understanding and memories of, and relationship to, others evolves. My mother’s diagnosis inspired me to capture the essence of people’s characters, introducing the elements of memory, movement and time. I want to reflect the positive aspects of what it means to be human and celebrate people’s personalities.

At the heart of the kind of imagery I am producing is an exploration of both absence and presence. Certain motifs persist: for example, the works derive from the ephemeral imaging peculiar to digital systems. For years, I would spend hours a day in my studio in San Francisco on Skype with my mother in England, maintaining a line of communication that was not just verbal or visual, but instead about sensing one another’s presence.

My artworks deconstruct visual references, testing how far interference can go before recognition is lost. This is in many ways my coming to terms with a complex disease, whose lessons have deeper resonances with philosophical and existential questions.

I hope others encountering the pain of losing a loved one can find their own way to celebrate and preserve that memory and relationship.

You showcased at the Biennale earlier this year, how was that experience and what were some highlights?
I had previously participated in the Venice Biennale of Architecture, and travelling to Venice once more, to now display my fine art practice, was a very exciting moment for me. My work was displayed alongside artists I have long admired, such as Jeff Koons and Julian Schnabel, for their ability to create provocative work that challenges our cultural norms for seeing. I appreciated the opportunity to exhibit with the GAA Foundation, and fully support their mission of highlighting the more philosophical themes in contemporary art.

What’s next for you after this London show?
After this London show, my work will be traveling to New York City. I’ll be serving on a panel at The New York Times Center, and featuring my work in an auction at The Pierre Hotel. Both events are held in partnership with CaringKind, the New York non-profit dedicated to helping those affected by dementia. This collaboration will culminate with a solo exhibit which will give a portion of its proceeds to CaringKind. Additionally, my work will be travelling to Korea for the first time, where I will be participating in three art fairs with Gallery Palzo.