Damien Hirst’s 20ft bronze sculpture, Hymn, was installed at Norwich University of the Arts (NUA) on Monday 26th March – the first time a UK university has hosted one of the artist’s monumental anatomical sculptures.

Hymn will be on the NUA campus in the heart of Norwich until after the university’s graduation ceremonies in mid-July. The free loan of the sculpture to the university coincides with the major exhibition of Hirst’s work at Houghton Hall in Norfolk. 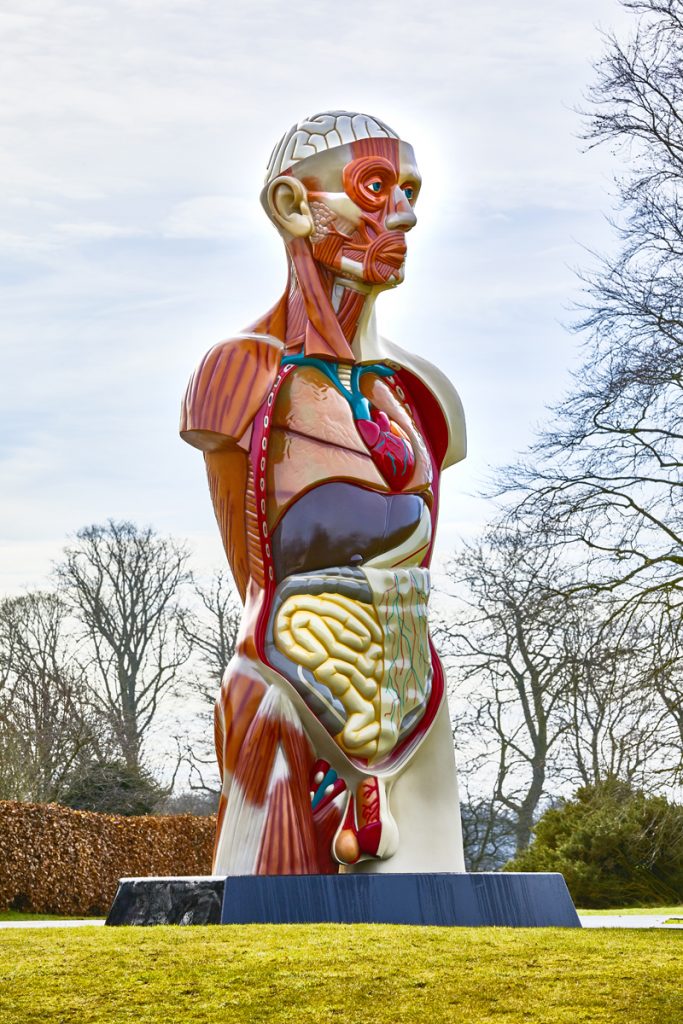 “Temporary public art is a way to give wider access to creativity, imagination and the unexpected. It gives pause for thought, a reason for a conversation or can present a challenge to established ideas of a place or context.The opportunity to show Hymn at NUA was unmissable given that the university is at the creative centre of the city and the work epitomises the historical relationships between art and science, anatomical study with medicine. The work also captures that spark of creativity and magnifies it on an architectural scale. Like much of Hirst’s work, it is audacious and provocative. What better place to locate such a work at NUA where student artists are exploring their creative ideas.”

Norwich University of the Arts www.nua.ac.uk