Cosmoscow International Contemporary Art Fair and Qatar Airways have announced the start of a 5- year partnership within the Qatar-Russia Year of Culture. As the General Partner of Cosmoscow, Qatar Airways will be represented at the main venue of the Fair at Gostiny Dvor from 6 to 9 September, 2018 and will have an opportunity to participate in a number of Cosmoscow projects and programmes. The Memorandum of Understanding between Cosmoscow and Qatar Airways was signed in the presence of His Excellency Mr. Salah bin Ghanem Al Ali, Minister of Culture and Sport of the State of Qatar at the St. Regis Moscow Nikolskaya on March 26, 2018. 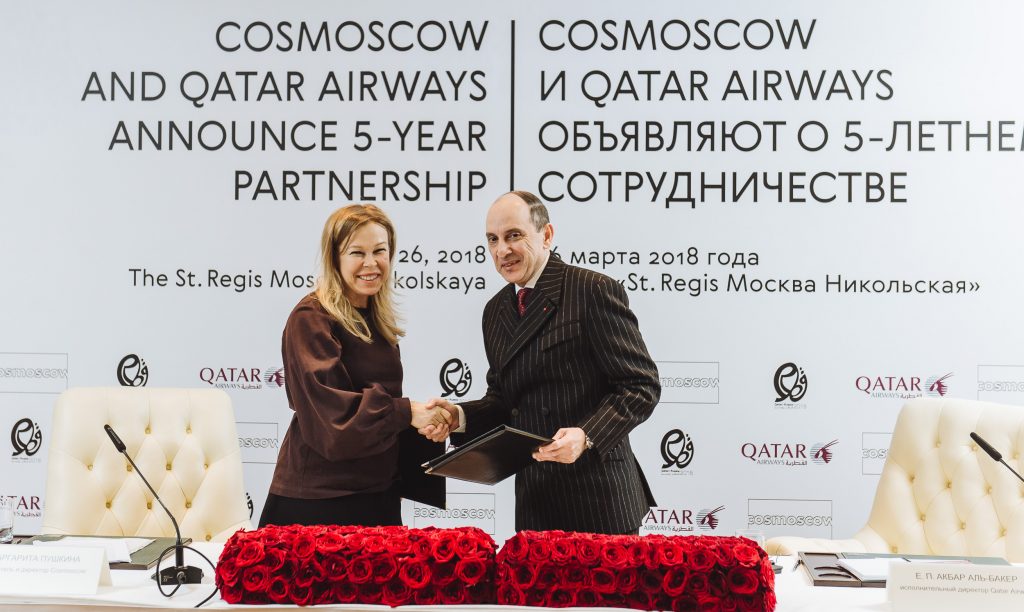 “We are honored to become the first art fair supported by Qatar Airways and grateful to the new General Partner of Cosmoscow for long-term cooperation. Our partnership will contribute to the establishment of cultural dialogue between Qatar and Russia, as well as to the development of the Fair and its numerous initiatives. It will further strengthen the integration of Russian contemporary art into the international context. We want to thanks the Ambassador of the State of Qatar for his involvement in the process and we hope that Cosmoscow will become one of the brightest events within the framework of the Qatar-Russia Year of Culture,”