In the late 19th century, the American illustrator and publisher Benjamin Day developed a cost-effective printing technique that used dots in different densities to reproduce images on a mass scale. This process, named after its inventor, matured over the next century and was utilised to print newspapers, advertisements, and pulp comic books in the 1950s and 60s. Sigmar Polke (Germany, 1941–2010), Roy Lichtenstein (United States, 1923–1997), and Gerald Laing (United Kingdom, 1936–2011)— along with the rest of the world—devoured this imagery daily, and chose to reconfigure it in their works. 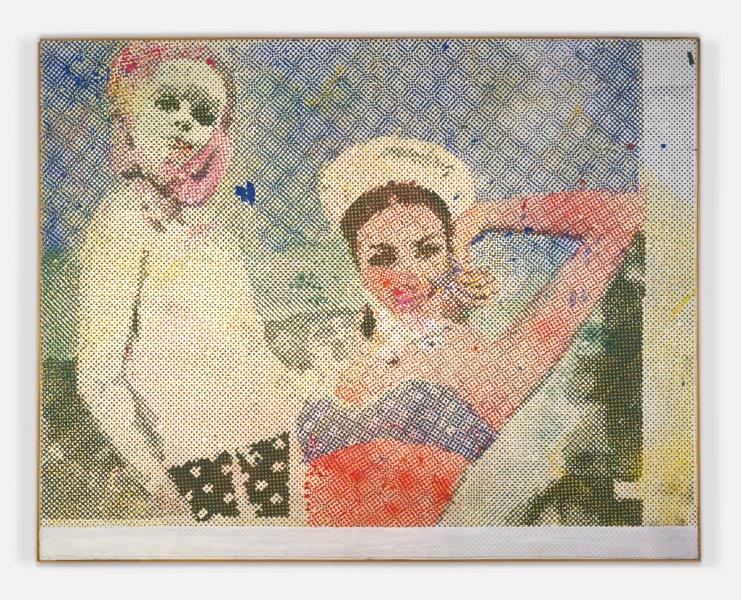 Source and Stimulus: Polke, Lichtenstein, Laing is an exhibition devoted to the Ben-Day dot. Featuring
exceptional works by the trio of legendary artists, this is the first exhibition to connect them on the basis of their manipulation of the dot, transforming imagery from the commercial sphere into fine art. The
exhibition, which relaunches Lévy Gorvy’s newly remodelled Old Bond Street gallery, will run through
21 April.

Taking its title from Laing’s 1964 exhibition at the Slade School of Fine Art, London, Source and Stimulus will highlight certain themes that recur in the works of all three artists, including the Space Race,
sexual liberation, mass consumerism, and politics. This transatlantic consideration of the 1960s Pop Art
movement is both technical and thematic, affirming the enduring relevance of the visual vocabulary they
created, in a time likewise shaped by sensationalism in the mass media. 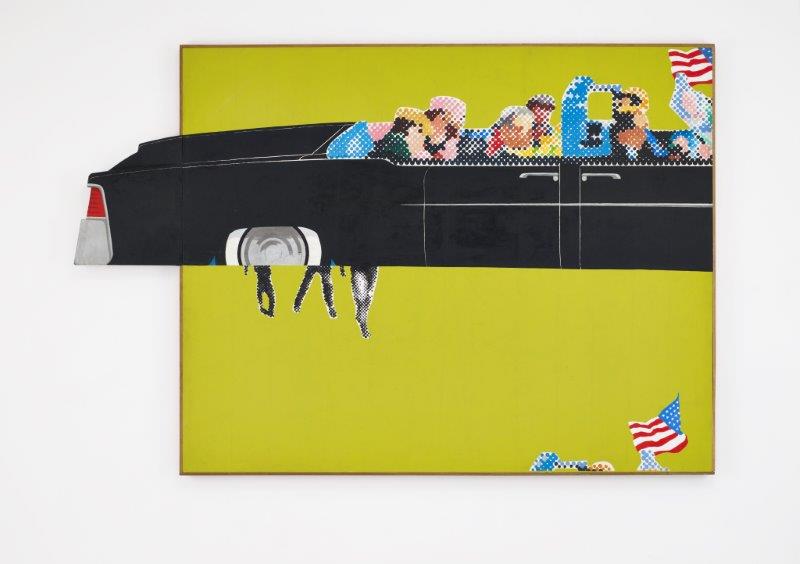 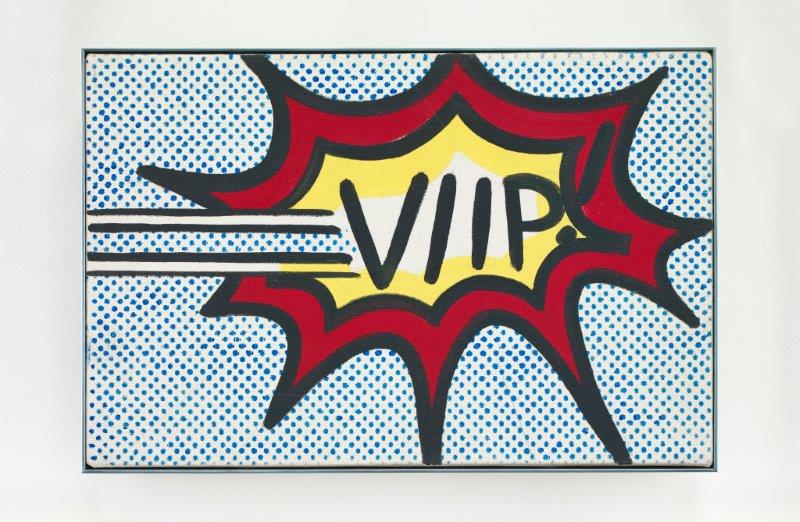 In conjunction with the exhibition, Lévy Gorvy will publish a fully illustrated hardbound catalogue,
featuring contributions by renowned Pop Art experts Marco Livingstone and David E. Brauer. Image Duplicators
By mimicking printing technology, Polke, Lichtenstein and Laing signalled a return to representation after
Abstract Expressionism that was simultaneously rooted in abstraction. While each existed in a specific
socio-political milieu and used different terminology to describe their practice— Polke manipulated Rasterbild dots in Germany while Laing toyed with half-tone dots in the United Kingdom, and Lichtenstein maintained the Ben-Day dot in America—they were united in the quest to create images of their time. Turning clichés into icons and ephemera into art, these images were not of their own invention but rather drawn from real sources and stereotypes in the world. Their subject matter ranged from the glamorous to the banal, encompassing astronauts, Hollywood stars, political leaders, commodities, and cartoons. As Polke declared in 1965: ‘You can believe me or not: but I really do see the world around me in dots.’

Source and Stimulus will feature a number of exceptional loans, including Polke’s iconic and luminous Freundinnen (Girlfriends) (1965/1966) from the Froehlich Collection, Stuttgart. This is widely regarded as one of the artist’s most masterful Rasterbild paintings. Although the source material remains unknown, its all-over composition and expansive palette of colours set the dots in motion with striking acuity. Carefully cropped, Lichtenstein’s Little Aloha (1962), from The Sonnabend Collection Foundation, combines flat areas of colour with red dots, thick black lines, and strong silhouetted forms, epitomising the artist’s signature style in an alluring portrait. Two bikini-clad women by Laing, part of a larger series of ladies in swimming costumes, will be on view for the first time since their initial presentation at Richard Feigen Gallery, Chicago, in 1965. Dramatically enlarged and painted in bold colours, Shout (1965) and Rain Check (1965)
channel the optimistic atmosphere of the 1960s and, through their youthful demeanour and provocative poses, speak to the zeitgeist of sexual liberation. 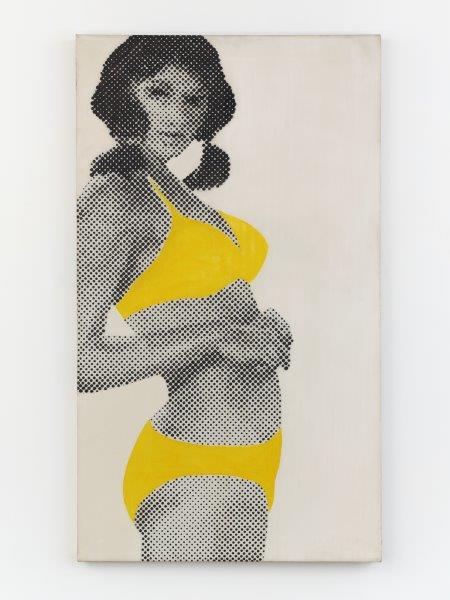 International Pop: Origins
Lichtenstein was the first of the three artists to employ the dot in 1961, appropriating imagery from bubble gum wrappers and children’s books, incorporating cartoon characters such as Donald Duck and Mickey Mouse into his paintings. Shortly after Lichtenstein, Laing and Polke began using the Ben-Day dot in 1962 and 1963, respectively. Laing was inspired by the daring posters he saw social order that was ‘standardized, divided, fragmented, rationed, grouped, specialized,’ and channelled this into paintings such as Puppe (Doll) (1965). Lichtenstein, on the other hand, sought to underscore the objectness of Pop through his ‘single-object paintings’ presented in their unbranded, un-fetishised form, exemplified by Bread and Jam (1963). In his earliest works from 1961, the dots were applied with a dog brush; he switched to a handmade metal stencil in 1962, then manufactured a metal screen in 1963 to maintain consistency as he enlisted the help of assistants. The Ben-Day dot had a mechanical appeal for Lichtenstein: as his application of the dots became more sophisticated and clinical, he was able to erase all trace of his hand. The exhibition features works that convey the artist’s compelling range of sources, from advertisements to art history, such as Modern Painting with Yellow Arc (1967), and track the evolution of this technique over the course of the 1960s.
By contrast, Laing painted his dots by hand in oil, and Polke dipped pencil erasers into household paint then pressed them, like stamps, against the surface. Despite the similarities in their systematic approaches, the visual results varied greatly between them. Still, the works share an illusory quality of motion, charged with an ambient vibration despite the fixed nature of their constructions. This is further emphasised by Lichtenstein’s use of onomatopoeia, with the energy of VIIP! (1962) frozen through representation.
In the starlets depicted by Laing, there is an erotic charge that echoes between surface and subject as the models shift between figuration and abstraction, their colour-blockedcostumes in tension with bodies contoured through half-tones. In Astronaut II (1963) a jagged edge of triangles along the extreme of an astronaut’s helmet implies an outward pulsation, reflecting the nerves of the man himself or an alien moonscape, whilst the driver in C.T. Strokers (1964) sits statically engulfed by a flurry of fumes from his race car. Laing’s Lincoln Convertible (1964), on the other hand, is imbued with a sombre finitude, as
the artist uses multi-coloured dots for the first (and last) time, to commemorate President John F. Kennedy’s assassination. Composed from amateur footage taken by Abraham Zapruder and subsequently published in Life magazine, Laing’s shaped-canvas painting highlights the international fascination with America’s cultural revolution and the ways in which it could shift the political landscape. 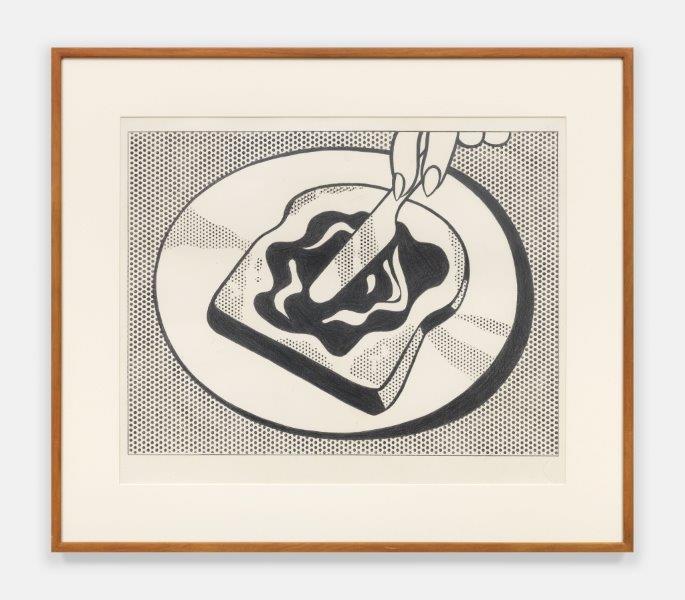 About The Artists
German artist Sigmar Polke’s stylistic heterogeneity and experimentation were highly influential for a generation of artists including Martin Kippenberger, Richard Prince and Fischli & Weiss. Polke was particularly interested in testing the limits of his materials, often mixing unusual chemicals into his photographs and paintings to unpredictable ends. His stylistic innovation was connected to his bold critique of both society and art. The artist was born in Oels, Germany, in 1941, studied at the Kunstakademie Düsseldorf with Joseph Beuys, among other teachers, and taught at the Hochschule für bildende Künste, Hamburg. In 1963, Polke founded the Kapitalistischer Realismus (Capitalist Realism) movement with Gerhard Richter and Konrad Lueg, an ironic, anti-capitalist art style that, like Pop Art, appropriated content from advertising while simultaneously rebuking it. In 1978, the artist moved to Cologne, where he worked until his death in 2010. Polke has had solo exhibitions at the Getty Center, Los Angeles, and The Ueno Royal Museum, Tokyo. The Museum of Modern Art, New York; the Museum Moderner Kunst, Vienna; the Museum of Contemporary Art, Chicago; the Tate Modern, London; and the Museum Ludwig, Cologne, have all hosted retrospectives of his work.

Roy Lichtenstein was one of the leading figures of the Pop Art movement, best known for
his paintings inspired by comic strips. Born in New York in 1923, the artist enrolled at Ohio State University and began exhibiting his work in New York City shortly after. Lichtenstein returned to New York in the late 1950s and remained there until his death in 1997. Although he achieved significant acclaim for his signature style paintings, Lichtenstein continued to experiment throughout his career, producing sculptures and murals. The artist has been the subject of many retrospective exhibitions at institutions including the Louisiana Museum of Modern Art, Humlebaek, Denmark; the Art Institute of Chicago; the Tate Modern, London; and the Centre Georges Pompidou, Paris. Lichtenstein’s work is included in the collections of the National Gallery of Art, Washington, D.C.; the Museum of Modern Art, New York; and the Museum Ludwig, Cologne, among many other institutions.

Born in Newcastle in 1936, Gerald Laing emerged on the British Pop Art scene in 1962, two years into his arts education at Saint Martin’s School of Art, London. In 1963, his painting Brigitte Bardot (1963) was included in Young Contemporaries 63, an exhibition at the Royal Society of British Artists’ Galleries in London. Shortly afterwards, he visited the United States, where he met Andy Warhol, James Rosenquist, and Roy Lichtenstein, and spent a summer working for Robert Indiana. He moved to New York in 1964, having received an offer for representation from Richard Feigen Gallery, and aligned himself with the American Pop Art movement. In 1965, he dramatically shifted his practice towards sculpture, devoting the next forty years to the discipline. Later in life, Laing returned to painting—and the half-tone dot—to reflect upon the Iraq War and the consistent amplification of celebrity culture. Since Laing’s passing in 2011, his works have been included in nearly every major survey of British Pop Art, including This was Tomorrow: Pop Art in Great Britain (Kunstmuseum Wolfsburg, Germany, 2016–17); When Britain Went Pop: British Pop Art, The Early Years (Christie’s London, 2013); Art and the 60s: This Was Tomorrow (Tate Britain, London, 2004); and Pop Art: U.S/U.K Connections, 1956–1966 (Menil Collection, Houston, 2001). Significant solo exhibitions have been held at the Fruitmarket Gallery and Scottish National Gallery of Modern Art, both in Edinburgh. His works can be found in the collections of the Tate Modern, London; the Museum of Modern Art, New York; the Denver Art Museum; and the Whitney Museum of American Art, New York, to name a few. 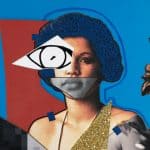 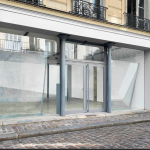 Lévy Gorvy announced today that the gallery will open a beautiful new space in Paris in Fall 2020. Lévy Gorvy has had a longstanding relationship to the French capital 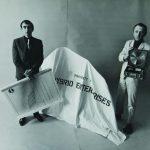 You can be part of creating the ideal Art Object …