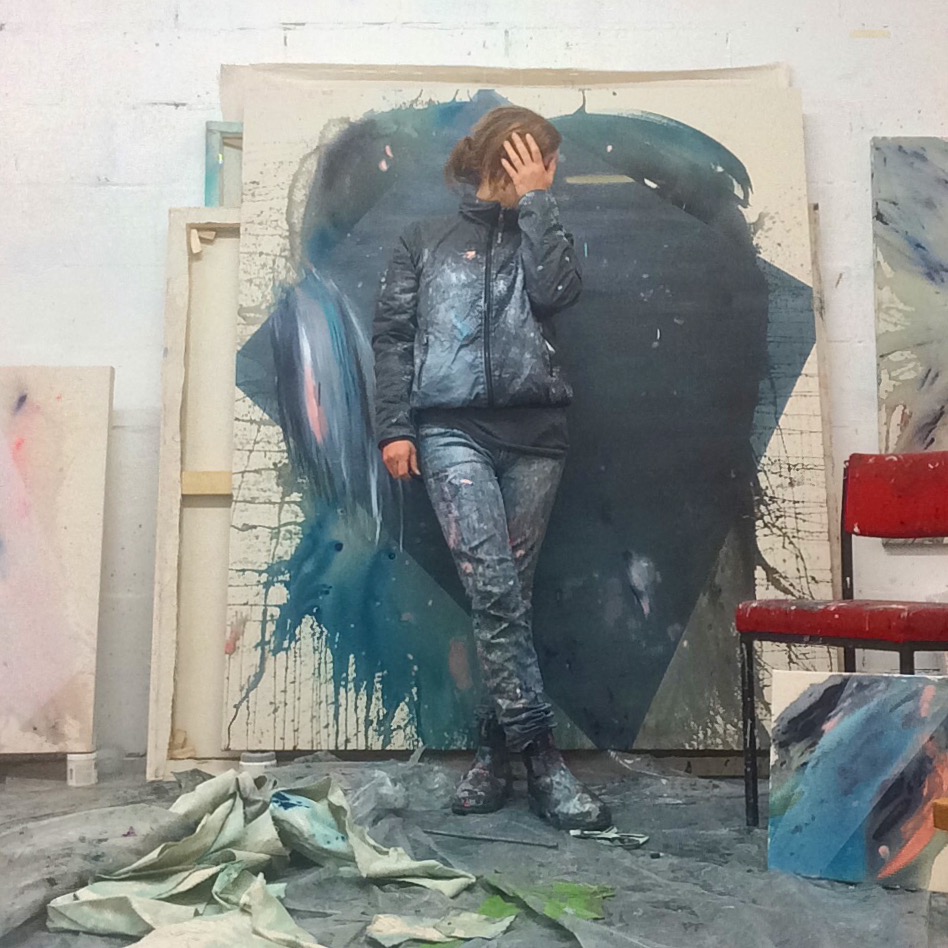 Say what you like about its ill health, I reckon about half the gallery exhibitions in London are largely or entirely of paintings. That means I must have visited 5,000 painting-based shows this century. Yet there are approaches in the gesturally-themed group show ‘Control to Collapse’ which I can’t recall seeing in any of them (Blyth Gallery, Level 5 Sherfield Building, Imperial College, Kensington to 3 Jan – not a space you’d come across in passing, but handily close to the Serpentine Gallery). Clare Price shows one of her body-actioned full-reach-scaled abstractions ‘s.b.l.f.’ along with a photograph of herself – ‘# painter # painting 1’ – in front of it in the studio (and just the photos of her posed with two more paintings). And Liz Elton shows both ‘Seilebost 1’, a photograph of a ragged sail-like oil composition on compostable material horizontally posed in the landscape, and ‘Exposure 1, Seilebost’ – the material in question hung in portrait format. That’s two fresh ways of enacting the dialogue between painting and its documentation, preparation and finished work, art and action. Come to that, Rebecca Byrne (painting on canvas set on painted wallpaper to which it relates) and Alex Roberts (backlit painting on silk) also adopt rare techniques. Not that I object to more orthodox means, in which mode Tamsin Relly has the most works in this lively show… 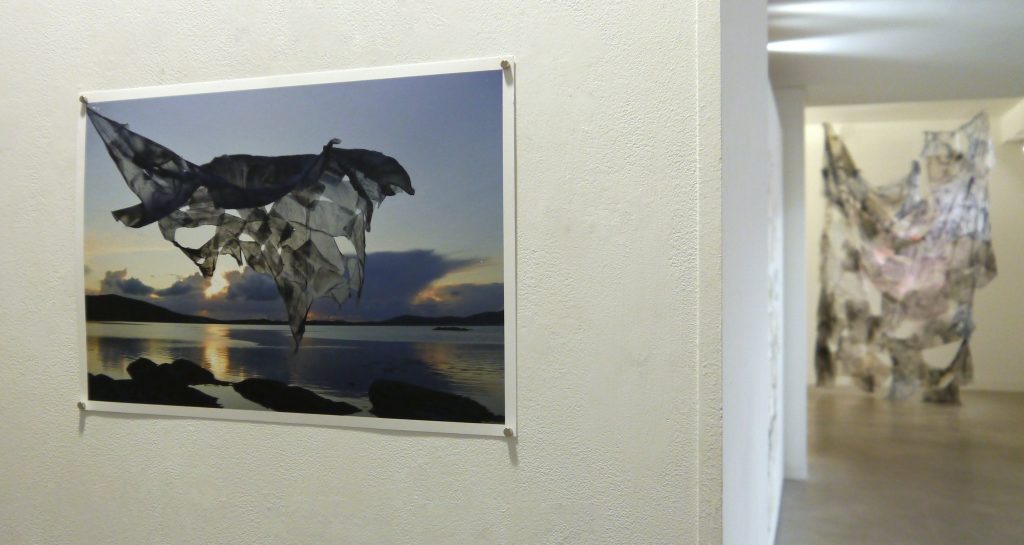