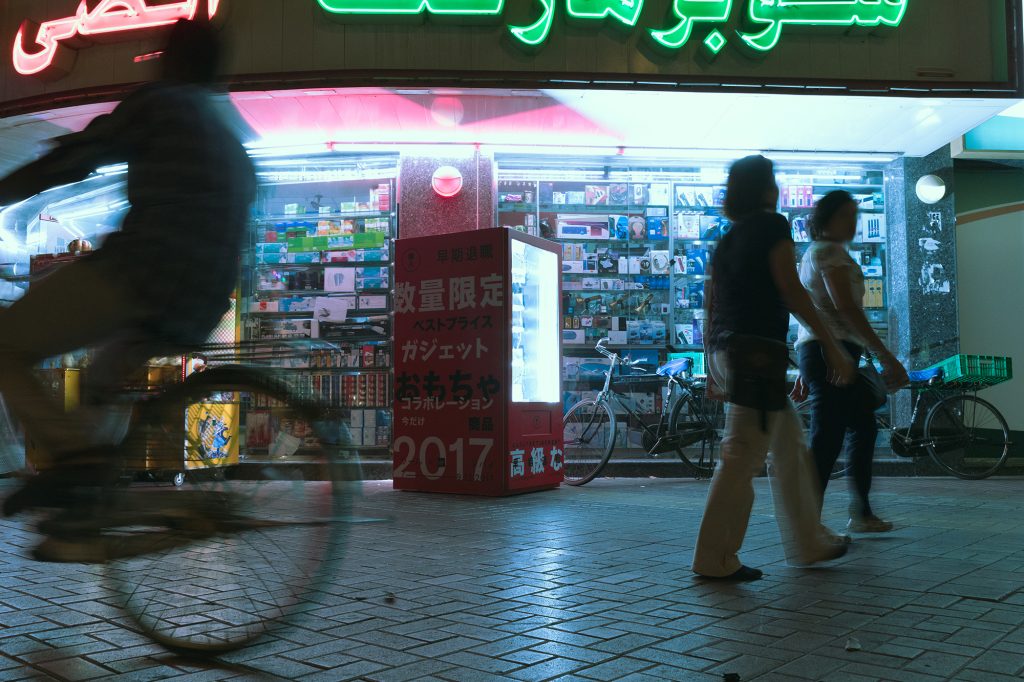 “Object and space take on a new meaning in this visual piece for Sole DXB 2017, when a mystery object appears down alleyways of Al Rigga’s iconic China Sea restaurant, a Deira petrol station perfectly preserved in a ‘90s Gulf chic, and even the suburban outskirts of the Al Qudra desert. Thus, through a series of surreal juxtapositions, the viewer is transported across Dubai, following the zen like journey of what seems to be a vending machine.”

Reflecting the booming appetite for alternative culture that Sole DXB has steadily cultivated since its inception in 2010, Sole DXB and Virgin Megastore come together to present an iconic symbol of modern-day Japan, bespoke-updated for the buying habits and visual appetite of the next generation.

About Sole DXB
Sole launched in September 2010 as a communication platform for all the latest and relevant news in footwear, fashion, design and alternative culture in The Middle East. Since its inception, Sole has grown leaps and bounds from its humble beginnings to a highly trafficked and well-respected platform. Taking product design and brand marketing as the new frontier in compelling others to think differently, create distinctively and communicate effectively. Sole aims to inspire and encourage growth within the design and progressive fashion sector in the region. For 2017, Sole DXB in partnership with d3, announced its full program, with the support of Cadillac, Coca Cola and in association with Dubai Tourism. The three-day global street culture festival returns this December 7th, 8th and 9th at d3, Dubai, revealing a heavyweight billing that brings together some of the world’s finest names from across art, food, music, sports and style. Having celebrated American Hip Hop heritage in 2015, and its British street-evolved counterpart in 2016, Sole DXB returns in 2017 to spotlight the legacy and influence of Japanese contemporary design.