Taking Up Space is the first major solo presentation by British artist Emily Mulenga.
Mulenga uses her own image within her work. She asserts ownership over the different ways she is viewed by positioning her filmed self or animated avatar in virtual environments.

#TakingUpSpace features a selection of her dynamic moving image works alongside animated GIFs and personalised emojis, showcasing Mulenga’s use of digital language to investigate identity in the Internet age.

Using video, digital technology and online spaces, Mulenga explores how these platforms promote ideas of self through the body, race and sexuality. She questions the perceived democratic nature of these channels, particularly in relation to how the black feminine experience is presented online.
We managed to grab some time with Emily during the installation of her show at Firstsite a public contemporary art gallery in Colchester, Essex. 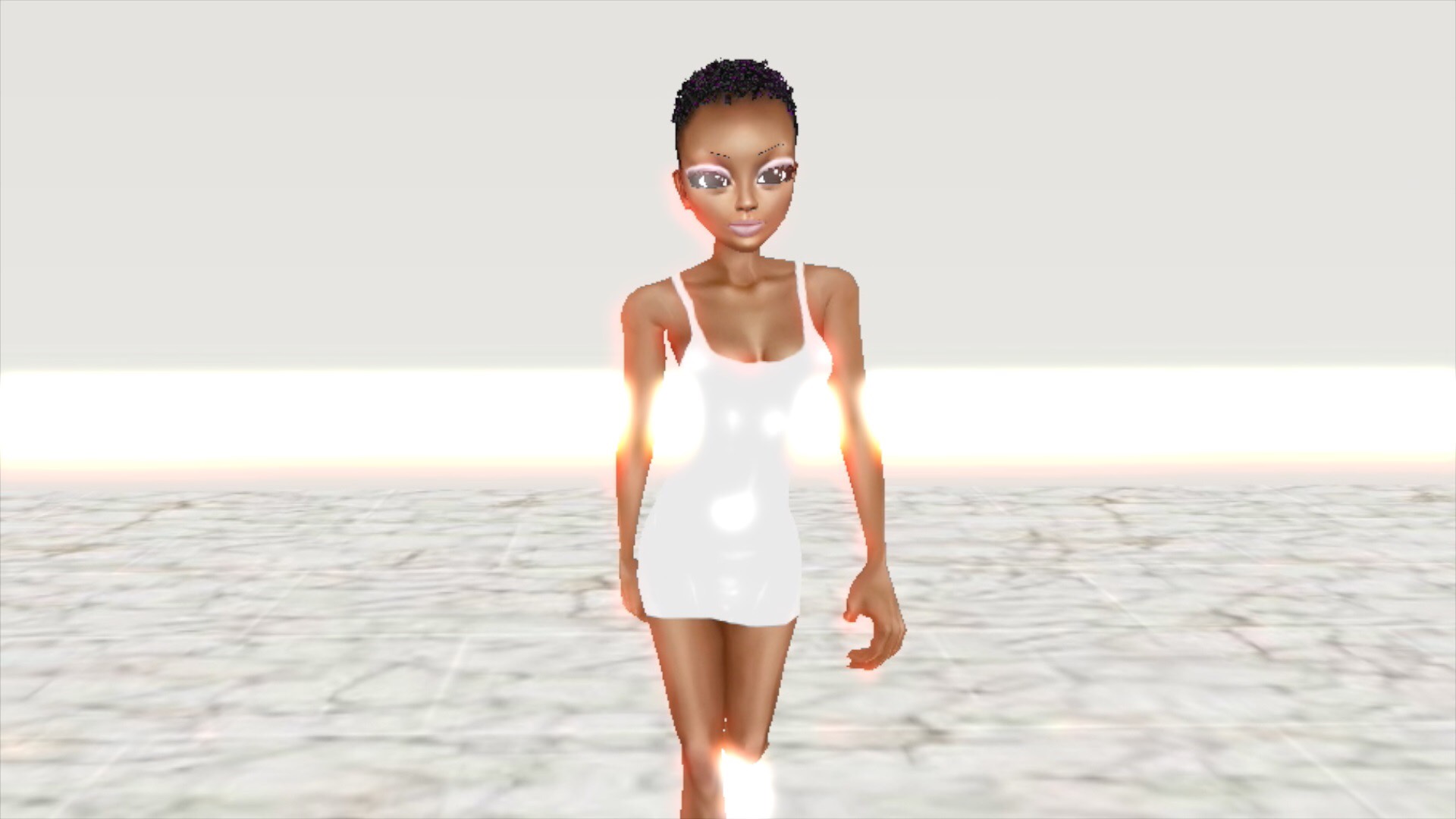 1.This is your first solo exhibition in a UK public institution. How has the experience of putting together the show been different from some of the group shows you have been in in the past, and what was it like working with Firstsite?
With this show I feel I have had a lot of control over the show regarding the content and aesthetics, in comparison to the group shows I’ve done where this aspect has been more limited. I’ve really enjoyed working with Firstsite as I’ve been consulted at every stage of the process and they’ve done their best to support my vision for the show.

2.As an artist who also exhibits online, do you feel your works are experienced differently based on the conditions of viewing, that is, when sited in the physical gallery space instead of on the web?

Absolutely. It’s interesting to see a work make the leap from the computer screen to being projected several metres wide. It becomes a more immersive, whole experience. The same applies to the MulengaMojis, which take on a new life when exhibited as prints spread over a large wall. I think making internet art tangible in a gallery context perhaps makes it less easy for it to be dismissed as something frivolous or fleeting and provides extra weight. It gives a firmer distinction between something which is purely internet content and what is ‘art’ in a more traditional sense.

3.How does your latest work, 4 Survival 4 Pleasure (2017), build upon the earlier video Orange Bikini (2015)? Do you consider these works as part of an ongoing narrative?
4 Survival 4 Pleasure is a direct sequel to Orange Bikini and they are part of a narrative that encompasses ideas of reclaiming the marginalised body as a site of positivity, celebration, and agency. With the flowing nature of these works and the fact that they are quite open-ended means they have the potential to allow for further exploration and development.

4.The Internet is not only an exhibition space for you – a distribution channel – but also a major influence on the content and form of your work. Given the shared nature of these channels, how do you regulate the use of your own image? To engage with the exhibition title, is it enough for the animated avatar to be a virtual presence, to ‘take up space’, or could that be equated with a loss of agency?
I’m a fairly private and guarded person, and so I’m quite selective with the personal images I post online compared to a lot of my peers. When it comes to my art I should probably be more prolific with the content I post. I think my avatar existing in purely digital form isn’t detrimental to her or my agency. She allows for a permeation of digital space and the freedom that comes with it: shapeshifting, varying the presentation of her image in an instant and partaking in endless imagined possibilities. Something I’m thinking about though is how to bring my avatar into the IRL realm and see what she is like with a physical presence.

5.I understand your work has been influenced by Donna Haraway’s conceptions of feminist theory in ‘A Cyborg Manifesto.’ To what extent do you agree with its promise of female empowerment through digitality and high-tech culture?
Haraway’s manifesto sets out many ways in which cyborg theory is useful in making steps towards female empowerment. However, technology and digital space can’t be viewed as a totally benign sphere in which female liberation can occur. For example when we are online presenting as women we open ourselves up further to the problems of harassment and abuse we face every day in real life, and on a larger scale.

6.How does this manifest itself within your work? Haraway’s message is positive – inclusive rather than exclusive. This seems to relate to the way in which your work exaggerates stereotypical depictions of the black female body as an affirmation of independence and power?

In addition to Haraway I’ve looked at cyberwomanism as set out by Anna Everett which centres cyber power (access to and communication via) the internet as a means towards liberation for black women, especially for those in poverty.
For me, the exaggerated black female body in my work is a reclamation of sexual expression and power. Black women in particular can be stereotyped by others as hypersexual, but I find it important to not let politics of respectability censor your expression or desires. 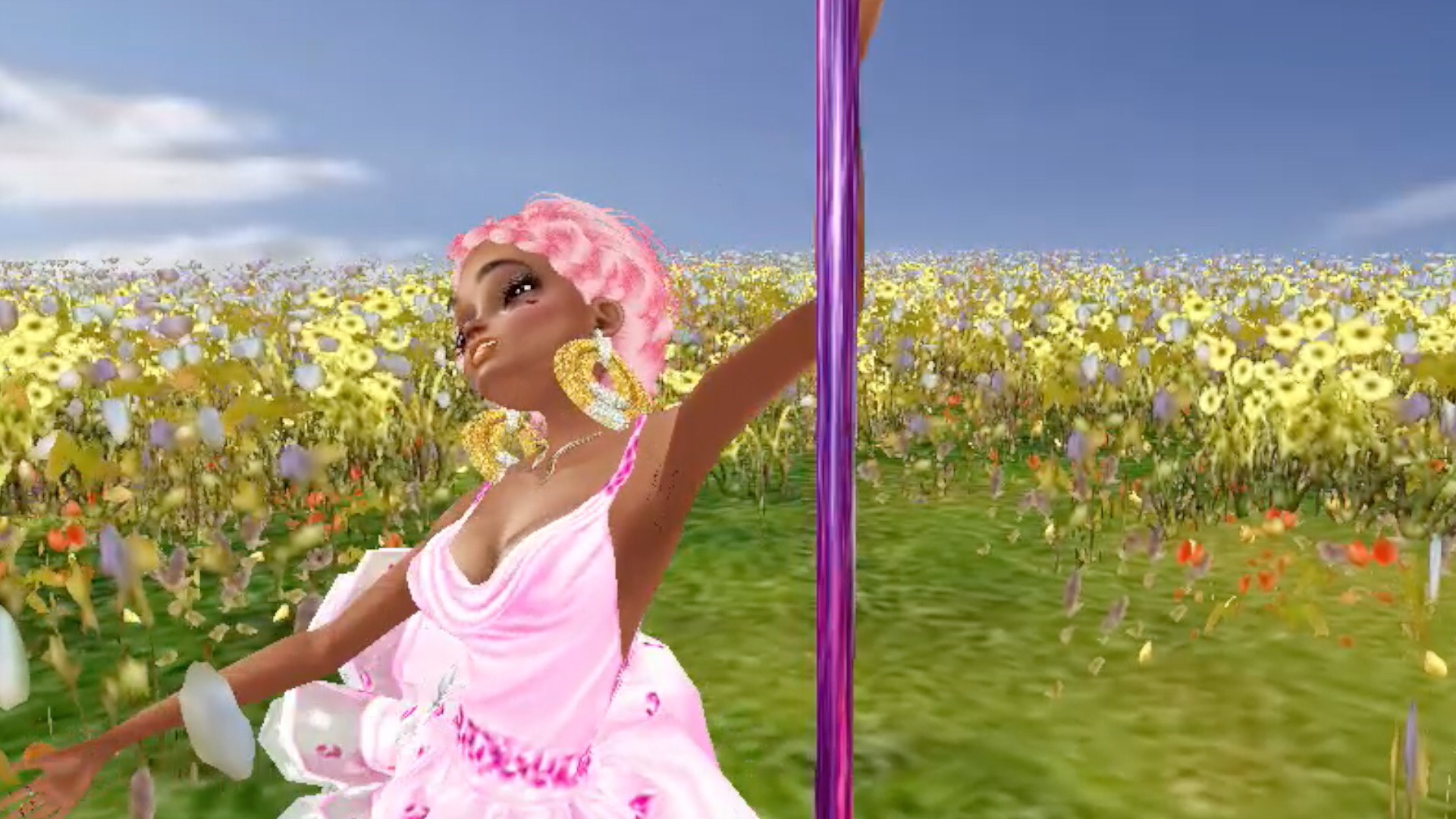 About the Artist:
Emily Mulenga (b. 1991, Staffordshire) gained a BA Hons in Fine Art from Birmingham City University in 2013 and has since participated in shows across the UK, around the world and online. In 2016, she released a short film for Channel 4’s Random Acts programme which has toured the UK in the Playback Touring Exhibition.
Previous group shows include Short Circuit (Birmingham, Venice, Copenhagen), 2017; Abandoned Margins: Policing the Black Female Body, UICA, Grand Rapids and Woman Made Gallery, Chicago, 2016-2017; Futura Free: A Sensing, 198 Contemporary Arts & Learning, London, 2016; and Fierce Festival, Birmingham, 2014 and 2015 editions.