We are looking forward to April Challis’s solo exhibition at KONG Art Space.

The exhibition will include a selection of the latest work of the artist, which focuses on the response to the Detritus found in the environment, directly inspired by day-to-day surroundings. 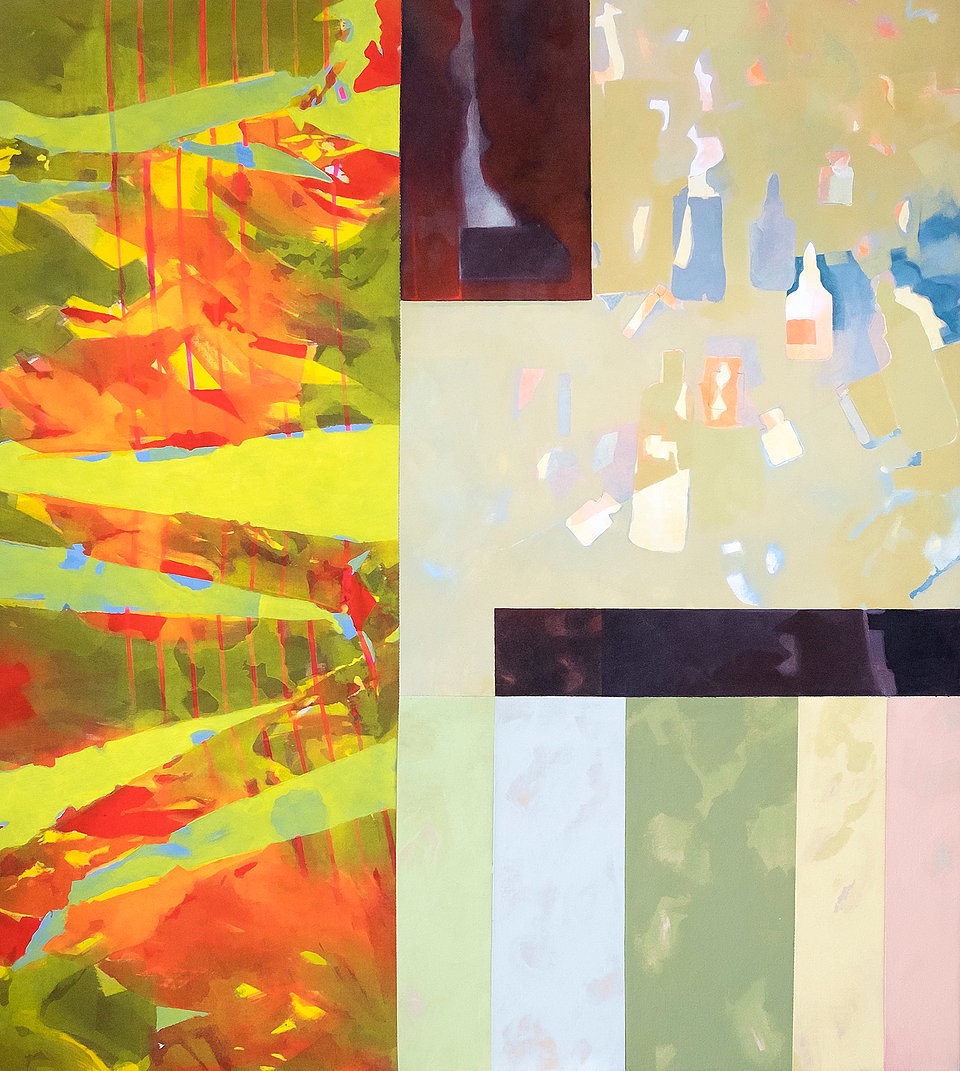 Detritus are the scraps of over production, packaging, flotsam and the forgotten ‘wasted’ areas amongst and between buildings. The artist collects discarded yet compelling objects in peculiar shape, colour, condition, or their repurposed function. Motifs including plastic detritus salvaged from the beach and waste polystyrene and cardboard on the roadside, are juxtaposed in contradictory viewpoints to form kaleidoscopic sections. She explores a wide variety processes in painting and printing in relation to the detritus found. These paintings are a collection of freeze frames, each experimented with its own source and reference. 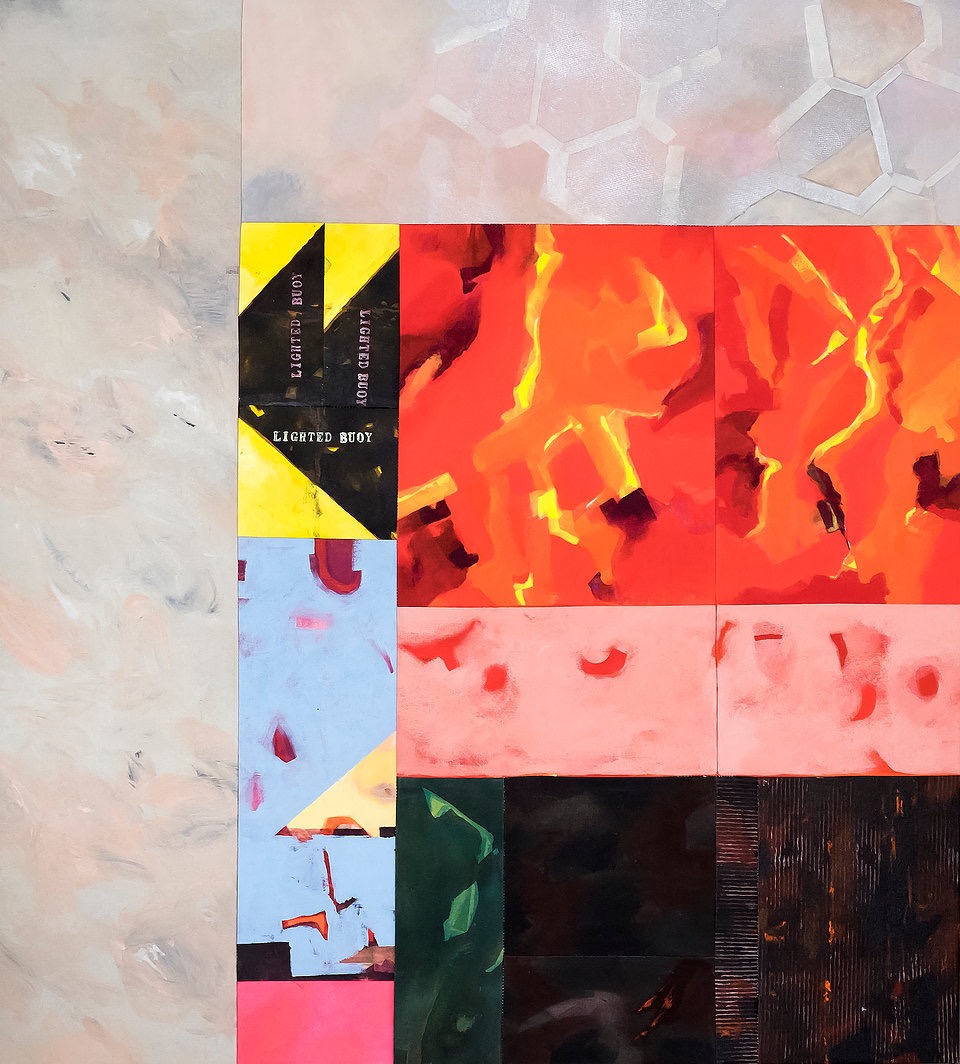 In order to reflect the visual contrasts and conflicts in the built environment, April’s work are constructed by layers of staining, expressive paintwork, printing, stenciling and spray painting. Passages are riveted, stitched and fragments of objects occasionally added to give a richer surface.


The individual canvas segments are then joined by machine and then stretched on the frame. A series of panels are then joined by stitching, which are riveted to create a record of dynamic visual chaos. She casts an oblique side-eye over consumer culture and mass production. 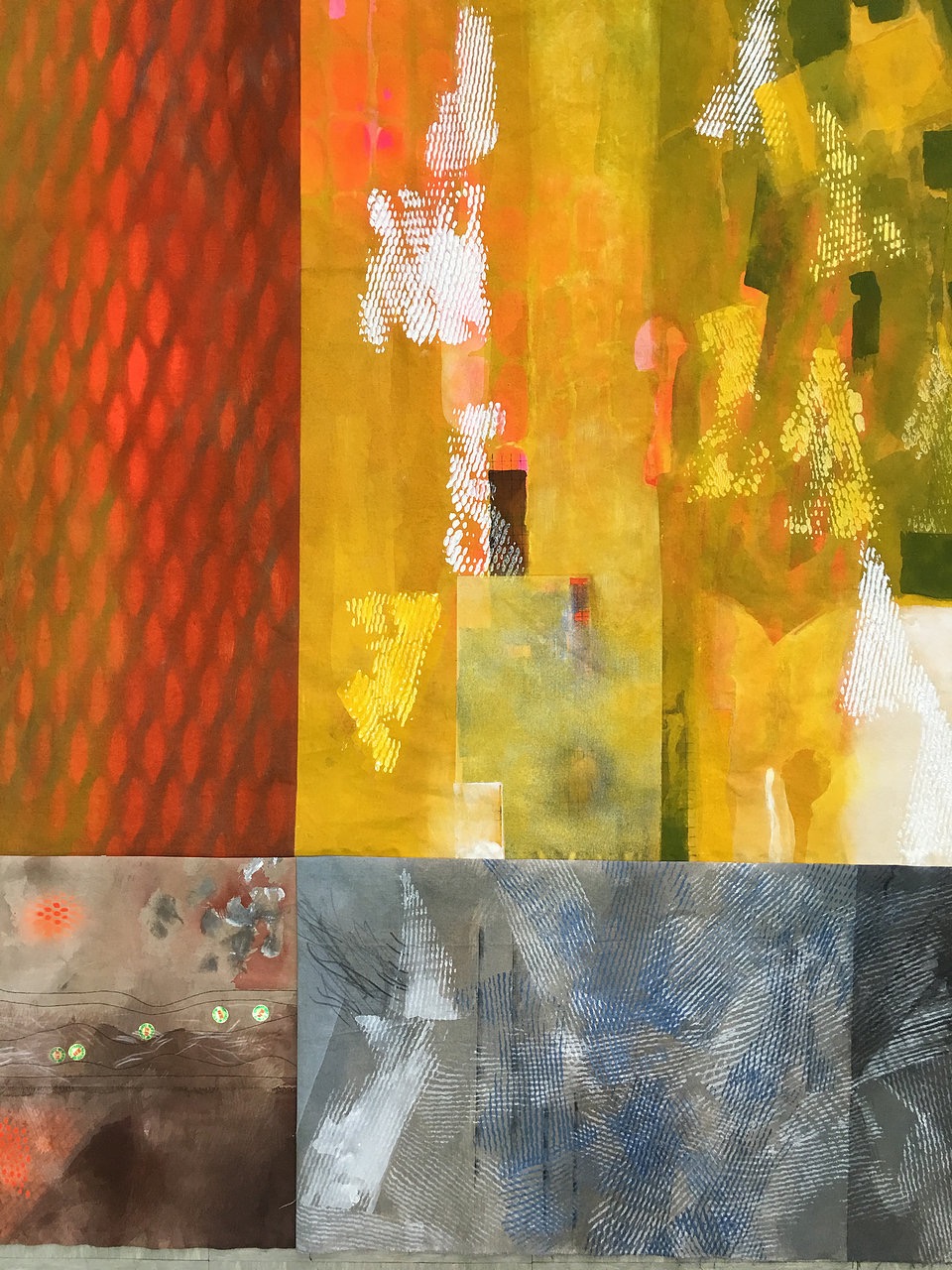 About The Artist
Born in Invercargill, New Zealand in 1954, April Challis studied fine art at Canterbury University in Christchurch. She has later immersed herself in Art Education after attaining a Diploma of Teaching (Visual Art) from Canterbury Teachers Training College. At the same time, she has managed to maintain her own art practices alongside. In 2012, she continued her study completing a Master of Fine Arts from RMIT University in Melbourne, and till recently she works exclusively as a visual artist. Residence in Hong Kong for the last 17 years, her work has been shown in different art institutions in New Zealand, Australia and Hong Kong.