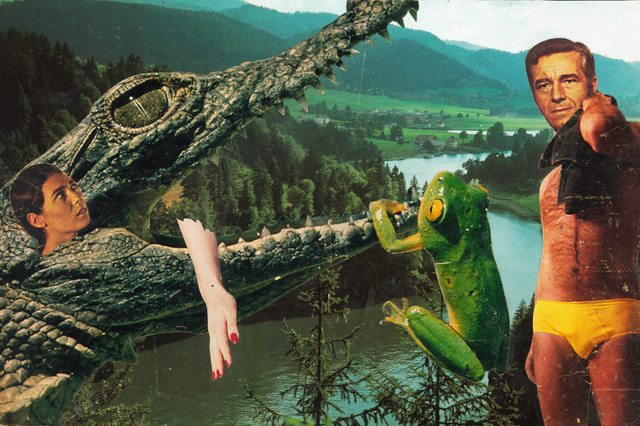 The Gallery of Everything has just announced the third installation at their new gallery space on Chiltern Street, London. ACTION, CAMERA! presents two distinct and separately curated solo shows, linked only by a thematic fascination with the camera, or rather, the lack thereof.

The makeshift open-air studio of Ion Bârladeanu was rst discovered in a back-alley in Bucha- rest, Romania. Yet its proprietor, a modest and clandestine collagist, was unprepared for the visibility and success which swiftly descended upon his secret art-making practice.

As social commentary, Bârladeanu’s satirical anti-communist and anti-capitalist assemblages revealed a wry sense of humour and sharp political savvy. Their brilliance, however, was down to their maker’s visual air, where impossible eye-lines and one point perspectives coincided effortlessly with the high-gloss, the pornographic and the surreal. 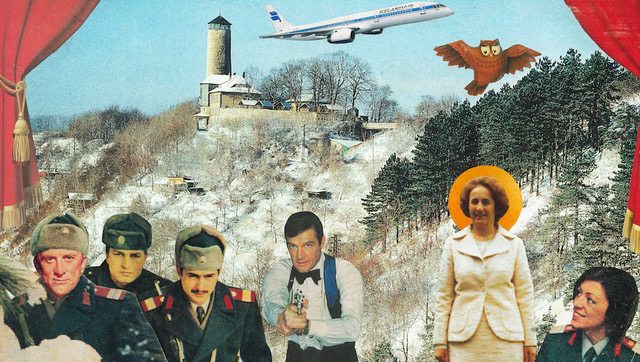 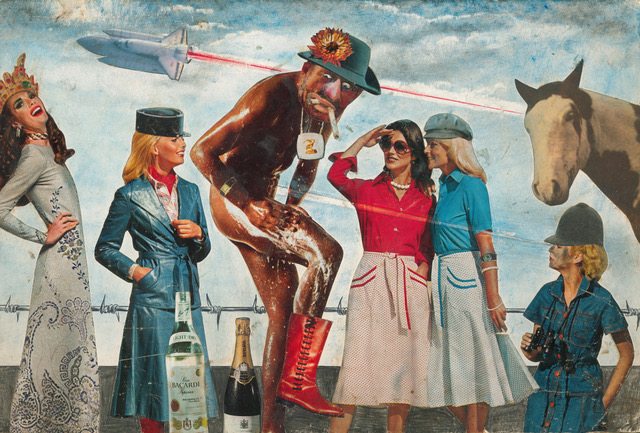 Bârladeanu describes himself as a maverick Film director. In these, his movie-stills, he rules roost, setting world-famous actors and political big-wigs against each other, and primarily for his own amusement. At the tender age of 76, it is clear Ion Bârl?deanu has only just begun.
For the hands of Alan Constable, there is little difference. The silent childhood hobby, the sus- tained studio career, both re ect his one abiding focus: the possibility of the camera.
As a teenager, Constable would salvage cardboard from cereal boxes, crafting imsy recon- structions without precision. Today these idyllic and defunct models are reborn. From the essen- tial pinhole, to the convenient point and shoot, these memories sit majestic, abstracted vessels from a forgotten people, in primary, pastel and silvery glaze.

It is the metaphor which compels us to touch them. For as Constable’s sight diminishes, so his fascination with the way we see intensi es. His objects are talismans. They challenge us and the meaning of our sight, at a time when perception is de ned by a digital lens.

The Gallery of Everything is London’s First and only commercial space dedicated to non-academic and private art-making. The gallery’s roster includes major historical master artists & newly discovered authors and creators. Events include group and solo exhibitions, talks, readings & happenings. 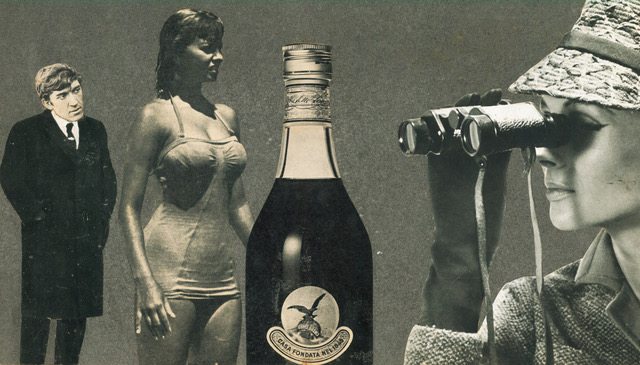