A great Italian opera by Franz Liszt – which was left incomplete and has lain largely forgotten in a German archive for nearly two centuries – will be given its world premiere this summer after being resurrected by a Cambridge academic. 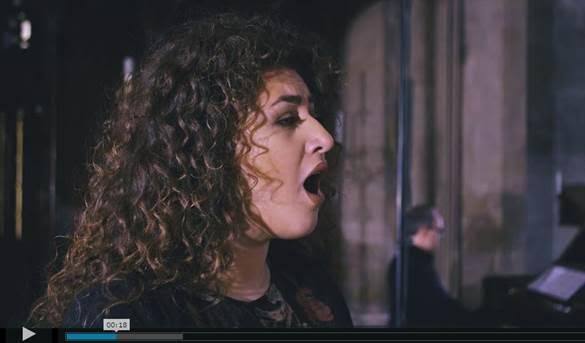 David Trippett, Senior Lecturer in the Faculty of Music at the University of Cambridge, first discovered the opera languishing in an archive in Weimar more than ten years ago. A trailer with extracts of the opera being performed can be seen by clicking on the link above.
Known only to a handful of Liszt scholars, the manuscript – with much of its music written in shorthand and only one act completed – was assumed to be fragmentary, often illegible and consequently indecipherable.

However, after Trippett spent the last 2 years working critically on the manuscript, a ten-minute preview will now be performed for the first time in public as part of the world-famous BBC Cardiff Singer of the World contest in June.

“In 1849 Liszt began composing an Italian opera, but he abandoned it halfway through and the music he completed has lain silently in an archive for nearly 170 years,” said Trippett. “This project is about bringing it to life for the very first time.” “The music that survives is breath-taking – a unique blend of Italianate lyricism and harmonic innovation. There is nothing else quite like it in the operatic world. It is suffused with Liszt’s characteristically mellifluous musical language, but was written at a time that he was first discovering Wagner’s operas.
“The only source for this opera is a single manuscript containing 111 pages of music for piano and voices. It was always assumed to be impossible to piece together, but after examining the notation in detail, it became clear Liszt had notated all the cardinal elements for act 1. You have to think through the artistic decisions traceable in the manuscript and try to reconstruct the creative process, to see how Liszt’s mind went this way and that.”

A critical edition of the music for act 1 will be published by Editio Musica Budapest (Universal Music Publishing) in 2018. Although Trippett has worked alone on rescuing the music Liszt notated, Cambridge’s Francesca Vella has worked on deciphering the Italian text alongside musicologist David Rosen, whose principal role has been to translate the libretto into English.

The libretto, based on Lord Byron’s tragedy Sardanapalus, tells the story of Sardanapalo, King of Assyria, a peace-loving monarch, more interested in revelry and women than politics and war. He deplores violence and brutality, and, perhaps naively, he believes in the innate goodness of humankind, but is overthrown by rebels and burns himself alive with his lover, Mirra, amid scents and spices in a great inferno.

A ten-minute scene from the opera will be performed at the final of the BBC Singer of the World event by Armenian soprano and rising talent Anush Hovhannisyan.

“In effect, the manuscript has been hiding in plain sight for well over 100 years,”

“It was written for Liszt’s eyes only, and has various types of musical shorthand, with spatial gaps in the manuscript. A lot of it is very hard to read, but the scruffiness is deceptive. It seems Liszt worked out all the music in his head before he put pen to paper, and to retrieve this music, I’ve had to try and put myself into the mind of a 19th-century composer, a rare challenge and a remarkable opportunity.
“Fortunately, Liszt left just enough information to retrieve what was evidently the continuous musical conception he had at the time. We will never know exactly why he abandoned his work on the opera and I suspect he would have been surprised to learn that it is resurfacing in the 21st century. But I like to think he would have smiled on it.”

Ahead of the BBC event in June, Trippett and his colleagues are putting the finishing touches to a documentary film for the University of Cambridge chronicling the resurrection of Liszt’s forgotten masterpiece, with singers Anush Hovhannisyan (soprano), Samuel Sakker (tenor) and Arshak Kuzikyan (bass-baritone). This will be released on 15th May.

“Who else gets to premiere a new opera by a superstar composer from two centuries ago?” said soprano Hovhannisyan. “It’s a once-in-a-lifetime opportunity and the entire process of making it work – from thinking about the character and what Liszt would want – has been a privilege. We have had a wonderful, deeply creative and imaginative time piecing this together and I feel very blessed to have been a part of it.”