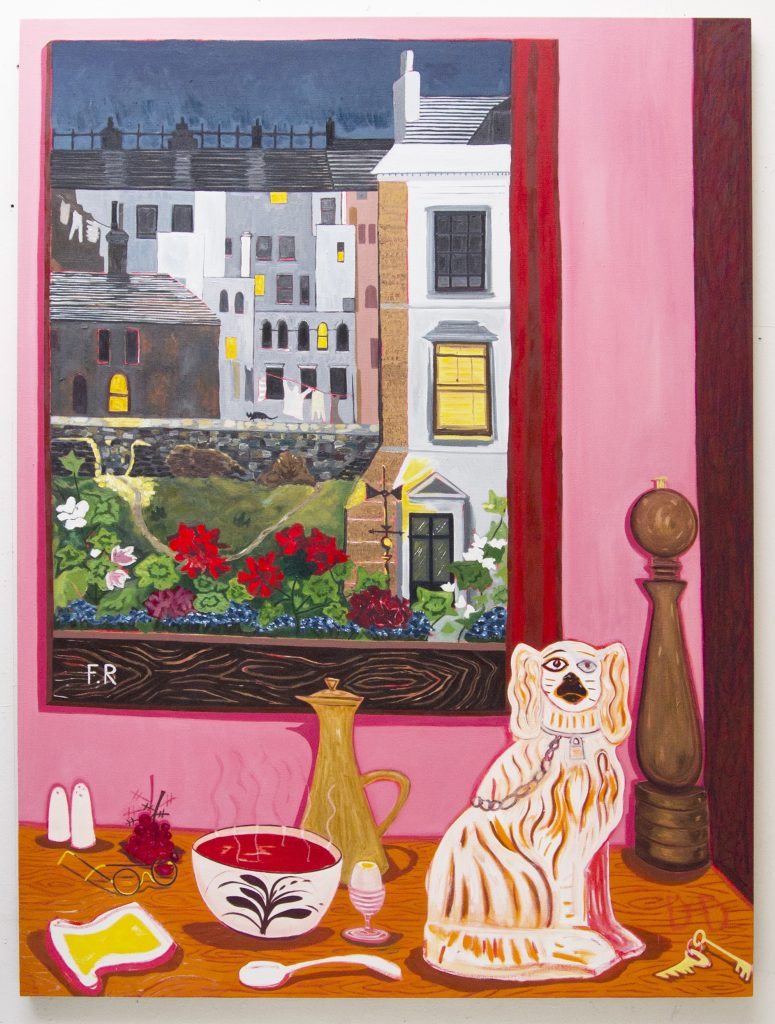 The so-called Kitchen Sink Painters depicted life under austerity in postwar Britain, and dealt in accumulation: a loyalty to detail (the way a join works in a cheap apartment matters); an aversion to editing (a half- nished bowl of corn akes shouldn’t be nished or lled); a building-up of paint (work it until it takes on its weight in the world). In the 1954 essay that christened the school, David Sylvester described their work as ‘inventory’. Take what’s on the table. That’s our life.

Kitchen Sink painting became thought of as hardcore Social Realism because it depicted broke people with drab lives. This ready politicisation—enough to send the four painters of the school to the Venice Biennale as Britain’s representatives in 1956—pegged the movement to a single narrative of struggle and a moment in time. By the 1960s its perceived parameters had dissolved and it was out of date.
We are reassessing the motives of Kitchen Sink painting and the idea of inventory as an attitude toward looking in times of social transition and uncertainty. It is a position of acceptance and response to one’s surroundings, a liberating form of Stoicism: processing the world by allowing the nature of the world to dictate the things and the way one paints.

A New Kitchen Sink is a group exhibition of British figurative painters who risk propriety in order to reflect the way their world currently feels, and the factors that influence it. At a moment of profound, accelerating dissociation fuelled by technology, these painters admit advertising, architecture, personal history, art history, style, society and social issues into their frames. Frames of reference and frames on the studio wall, it is an openness to accumulation as a path to reality, and ‘inventory’ alone as a valid form of meaning. A paradox and a proposal: for British Social Realist painting in 2017, the kitchen sink is just the beginning.