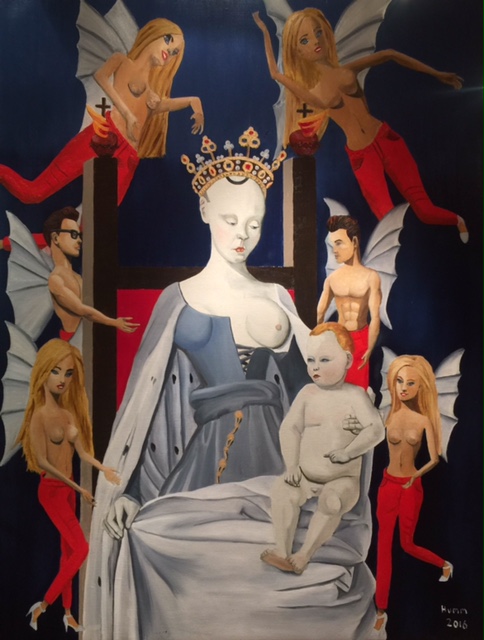 Artist Philipp Rudolf Humm is one to watch. He’s cropped up in The Times, where he was the subject of leader in the editirial columns, as we as The Wall Street Journal. The focus in these articles has been his former career — he was until 2015 the CEO of Vodafone, after which he decided to puruse his youthful dream of becoming an artist. This Thursday he will have his first solo exhibition ‘Being and Time’ at Riflemaker gallery.

Humm’s paintings draw heavily on art history, in particular the Renaissance and Pop art. From these and other sources, he creates playful mise-en-scènes that allow him to comment on the world around him. His work is often satirical but never censorious, allowing the viewer to engage freely with each work unfettered by conventional orthodoxies.

Executed in oil, Humm employs a palette that serves his subject matter, blending vivid, pop-like colour with rich, Italianate lustre, the latter most evident in his depiction of the materials he drapes over his figures, or deploys as backdrops to lend dramatic emphasis to the works. 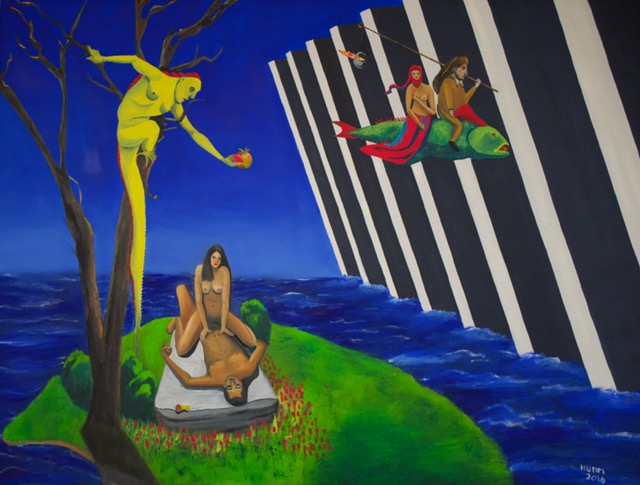 He has certainly impressed venerable art critic Edward Lucie Smith, who says of his work:

‘[His] paintings succeed, very often, because they offer the viewer an echo chamber, one that resounds with cultural references, ancient and modern. This description of how they work is a paradox in itself, since paintings are essentially things made to be seen, not to be heard, not to be listened to … One of [the paintings’] most salient common characteristics, however, is the desire to communicate thoughts and ideas in the most efficient way possible. I think there can be no disagreement that this, in fact, is exactly what they do.’