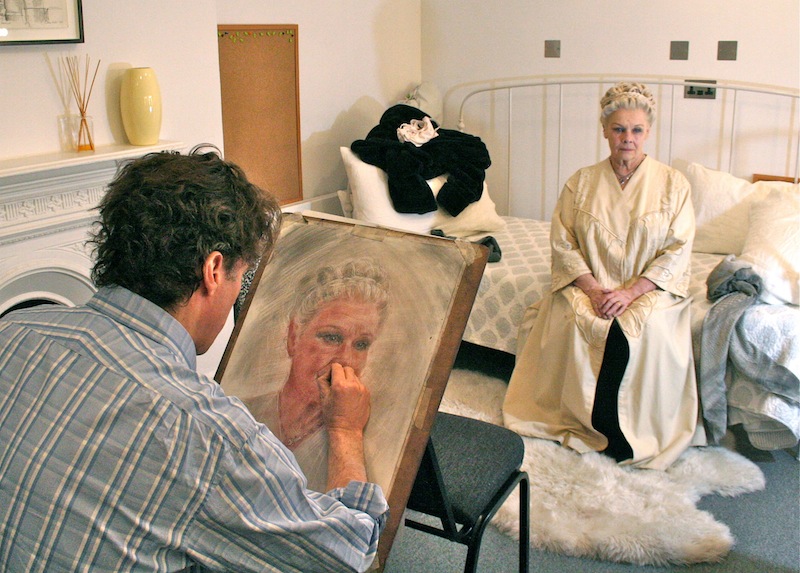 Lee Sharrock talks to artist Alexander Newley about “Portraits in Character”, his new exhibition at St. Martin-in-the-Fields, and his theatrical heritage. Lee spoke to Alexander in his North-West London studio, where he was putting the finishing touches to portraits of some of the UK’s most loved actors including; Dame Judi Dench, Sir Kenneth Branagh, Derek Jacobi and Adrian Lester.

Alexander Newley has collaborated with Sir Kenneth Branagh on a unique series of portraits of actors captured backstage at the Garrick Theatre in London, where Branagh’s season of plays is reaching a climax with ‘The Entertainer’ starring Branagh himself. The portraits will be exhibited at St. Martin-in-the-Fields in Trafalgar Square, and will be auctioned off at a gala evening in Spring 2017, with proceeds benefiting the charity work of St. Martin-in-the-Fields, including their outreach with homeless people.

Theatre and acting is part of Newley’s upbringing, the son of Actor Dame Joan Collins and Actor/ Oscar-winning Composer Anthony Newley, he has used his skills as an artist to revive the art of theatrical portraiture. Newley has several portraits in permanent collections including; Sir Nigel Hawthorne as Mad King George III in the V&A Museum, London; the Late Actor Christopher Reeve in The National Portrait Gallery at The Smithsonian, Washington D.C.; and a new portrait of Actor David Suchet in the permanent collection of The Garrick Club, London. 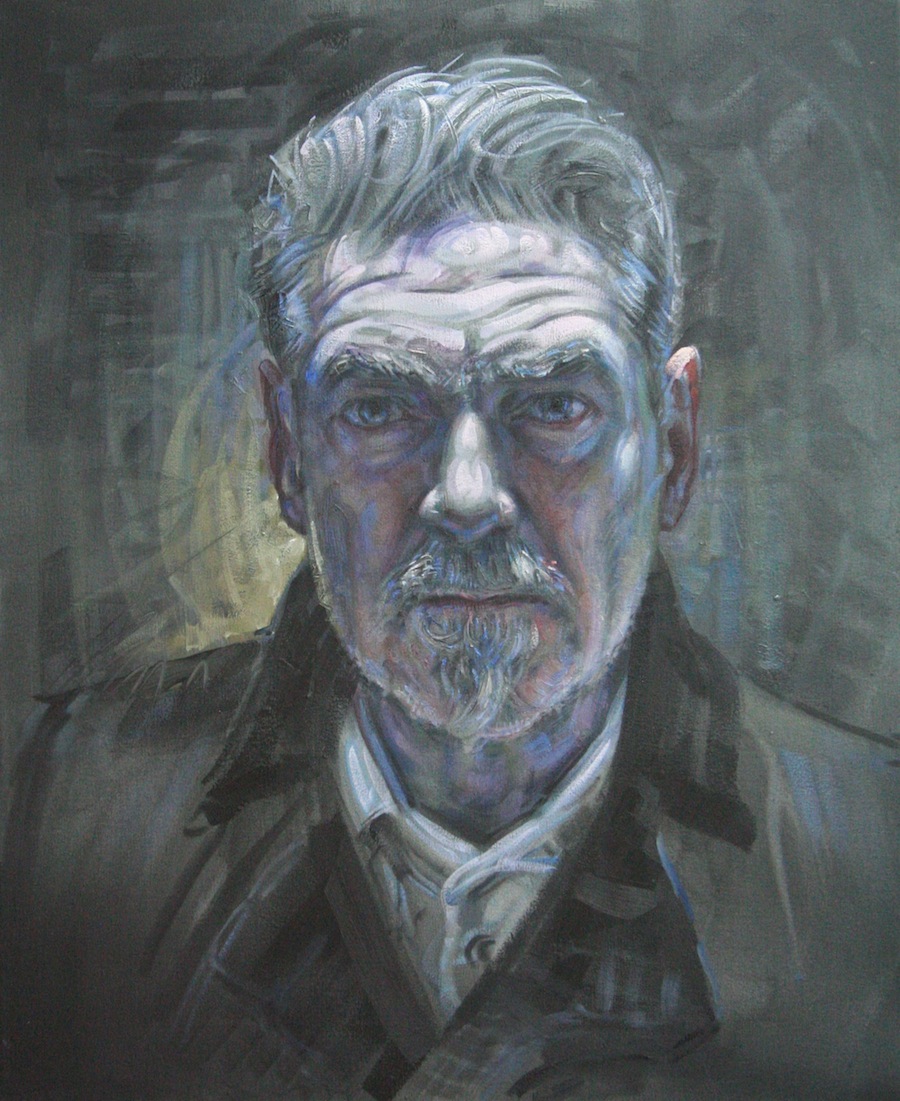 Lee Sharrock: How did the “Portraits in Character” exhibition happen?

Alexander Newley: I’d been on the lookout for interesting actors doing great roles, and I happened to hear that Sir Kenneth Branagh was going to play Archie Rice in The Entertainer, which I thought would be a good portrait. So I got in contact with him, and to my great surprise he got back to me and said “I’ve been looking for a portrait artist to record the season at The Garrick”. So that’s how it started, it started with my interest in the Archie Rice portrait, it turned out that I didn’t do that portrait, instead I painted him as Leontes in ‘The Winter’s Tale’.

LS: When did you first know you wanted to be an artist?

AN: My first portrait commission was when I was 19, and I’d been very interested in art throughout my child, particularly when I was about 6/7. I went to a very art-based school called King Alfreds in Hampstead, with a wonderful art teacher who was very encouraging of my drawing and painting. From very early on I associated art with feeling connected to something very powerful and consoling, and something that made sense of things for me. I lost it for a while when I went through the madness of being a teenager. I found it again when I was 16 and did a self-portrait in art class, and I became fascinated by artists Egon Schiele and Edvard Munch, they were more exciting to me than movie actors. The idea of being an artist was more exciting for me than that of being a movie star.

LS: Why the interest in theatrical portraits, is it because of your theatrical heritage?

AN: Yes I think so. Then the obvious thing of having a lot of emotion to paint. When you’re painting a normal portrait your subject is at rest, and not always transmitting a lot of emotion. With a theatrical portrait you have the added voltage of this emotional engagement with a character, and that’s why I like it. Because I’m theatrical by nature I guess. I come from a theatrical background and I like that sense of theatre. 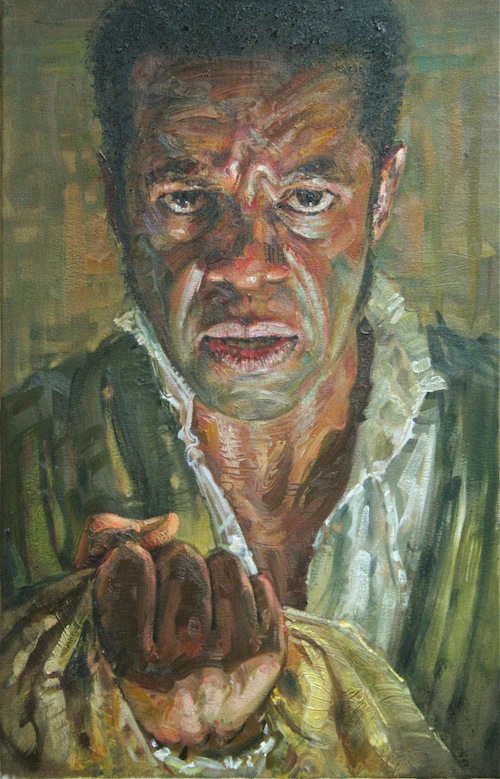 LS: What was your first theatrical portrait?

AN: My first theatrical portrait was a painting of Sir Nigel Hawthorne in character as Mad King George III, in 1993. It was for the National Theatre, and ended up being the promotional image for the play when it went on tour.

LS: Who was your favourite sitter for the “Portraits in Character” exhibition, which sitting did you find the most fulfilling?

AN: Dame Judi Dench and Adrian Lester I think. Adrian was probably the most interesting because he was in a very very intense state when I painted him. The play he was in, “Red Velvet” – which is about Ira Aldridge who was the first black actor to play Othello in England, who endured all sorts of vilification even though his performance was brilliant – during the play there is a staging of the famous handkerchief scene from “Othello”, during which The Moor accuses Desdemona of being unfaithful to him, and demands that he give her the handkerchief. Adrian had just played that scene when he came backstage to see me, and he was throbbing with the emotional intensity of that scene. I hope the pictures have preserved some of the fire of his performance.

LS: What’s your technique and material of choice?

AN: My two big mediums are oil on canvas and conte pastel on paper. My process, which I’ve evolved over a very long time, is that I work directly onto the canvas with the paint. I build the paintings up in layers over very long periods. I achieve a complete sense of the painting in tone alone, before I being to put heavy paint onto it. I resolve the tone first, the likeness is a bit like cracking a safe, and it takes a long time to get the likeness. Then it’s a question of resolving the lighting, distribution of light and dark. It’s very complex process to get it right.

LS: How long does each portrait take?

AN: It depends. If I were to work on 1 piece exclusively, depending on the process, it could take between 3 weeks and 3 months. I’ve spent around 5 or 6 months on the “Portraits in Character” exhibition.

LS: What’s next for you, any other exhibitions or projects coming up?

AN: In Spring 2017 there will be a charity auction of the “Portraits in Character” in Support of St. Martin-in-the-Fields, of which Dame Judi Dench is a Patron. I’d like to do a show of portraits/ build up a body of work of paintings of London cultural figures. I’m definitely going to continue amassing the theatrical portraits.

‘Portraits in Character’ will run from 8 to 21 November, 2016 at St Martin-in-the- Fields, Trafalgar Square, London: http://www.stmartin-in-the-fields.org/visiting/art-and-exhibitions 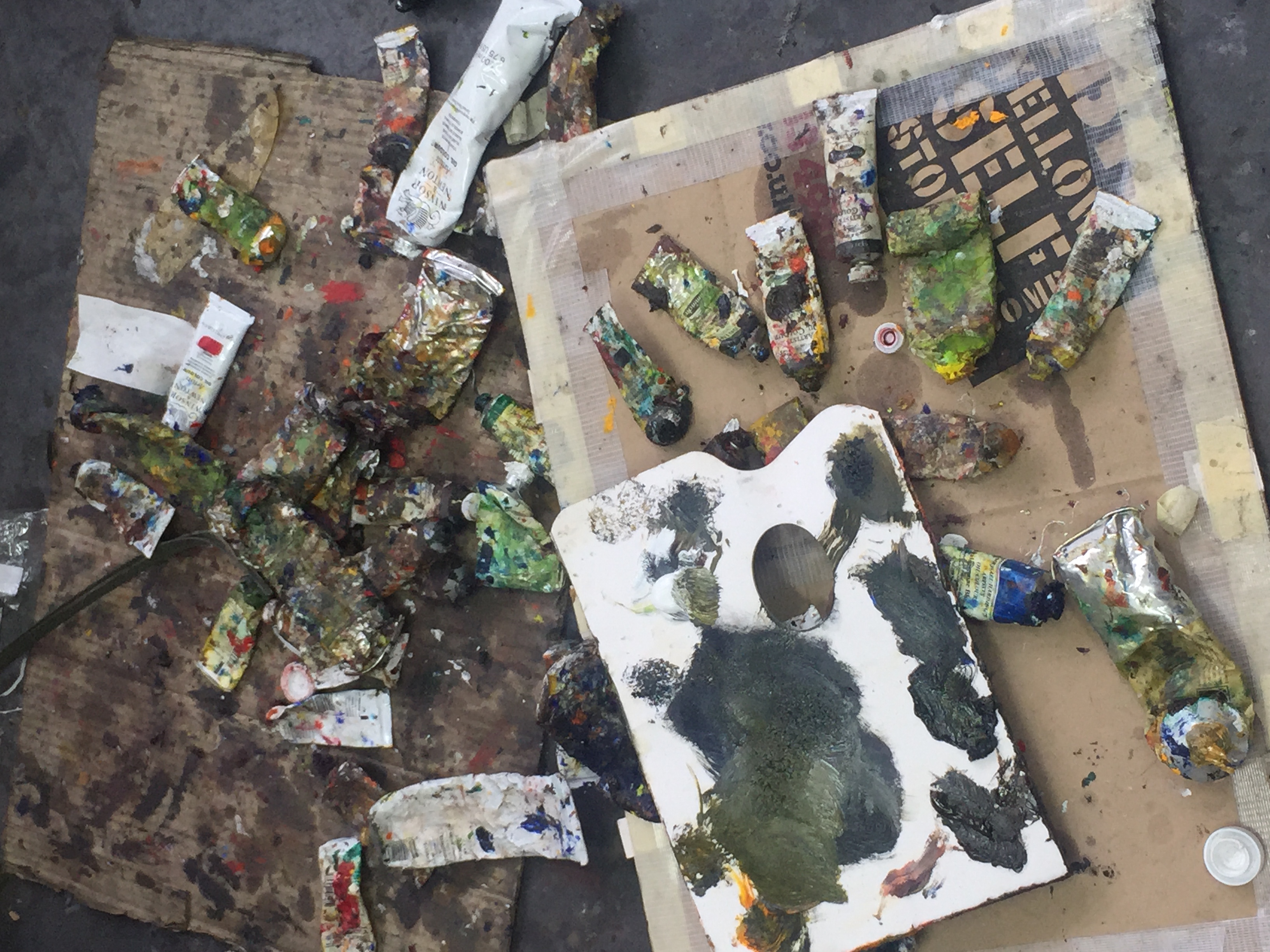 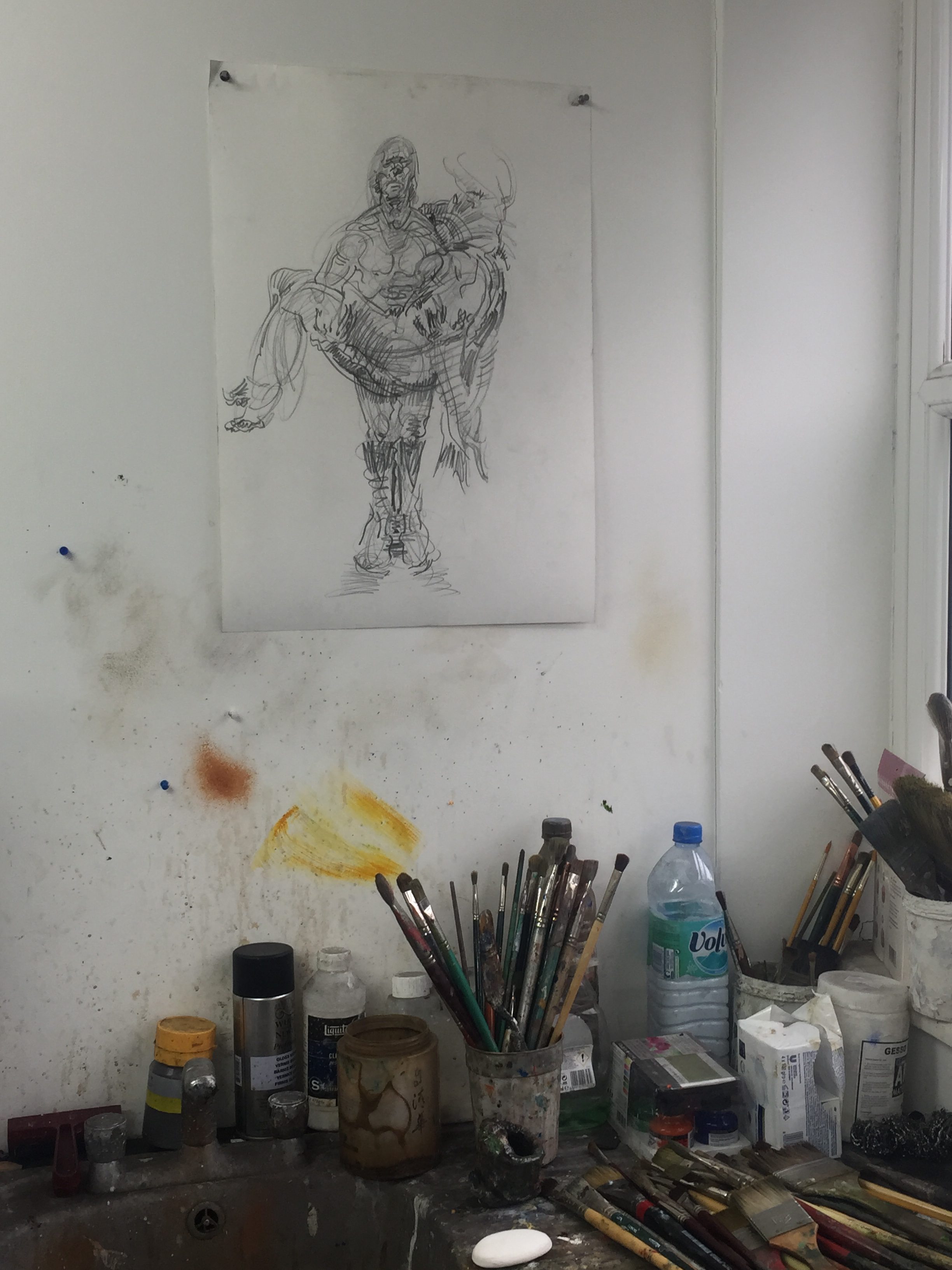