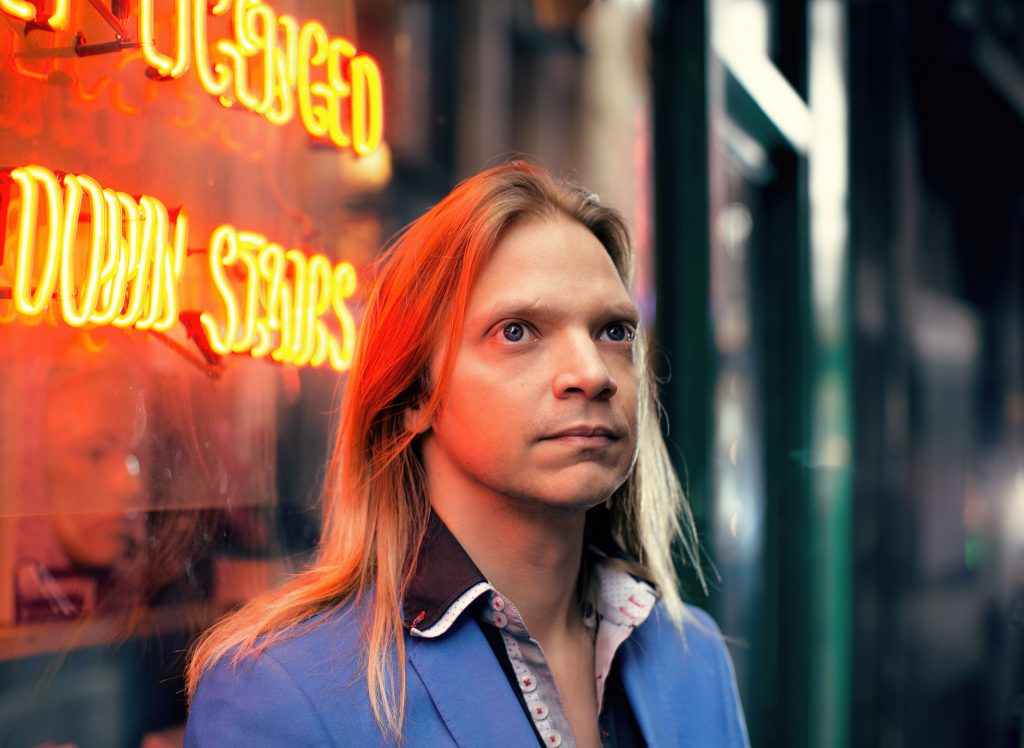 Reynir Hutber creates performances and installations that are transformed and explored through the lens of emerging technologies. He works in a range of mediums and his projects are often concerned with themes of mediation, alienation and (dis)illusion.

Live | Work is a three-part, multi- faceted project which involves performance, sculpture and a series of spoken texts and audio works distributed through a one-off radio broadcast entitled Evil | Krow. 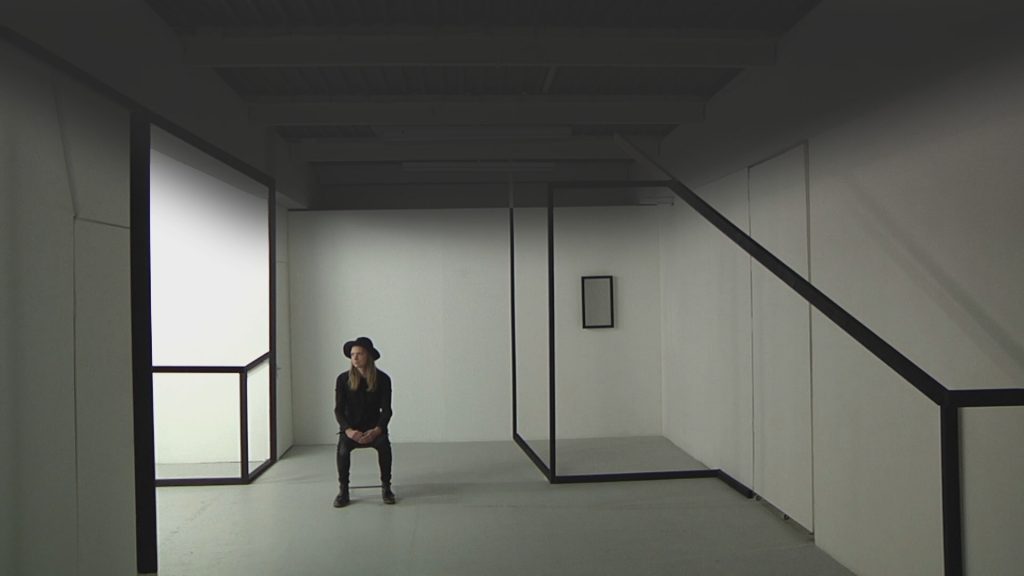 Part One, which took place in Jan – Feb 2016, Hutber was resident in the gallery for four weeks. During this time he assessed and redefined the physical and virtual boundaries of the gallery. This meticulous investigation led to a series of interventions which re-imagined the dimensions of the space using false walls, optical tricks and manipulated video relays.

For Parts Two and Three, Hutber uses a series of linear sculptures to propose a notional stage. From within this array of angular wooden beams, stark structures form and drift apart as the viewer’s perspective changes. This environment takes inspiration from the hallucinogenic architecture of author JG Ballard’s The Enormous Space (1998) and Polanski’s seminal film Repulsion (1965) as well as the weightless, geometric quality of computer-generated drawings. Like much of Hutber’s work, the installation plays into contemporary and contradictory anxieties around surveillance and visibility: the dread of being watched and the desire to be seen. The gallery is under the constant gaze of a video camera that will stream periodically to the arebyte website. As with a live TV set, the elements have been arranged and installed to privilege the perspective of the camera and the mediated view of an online audience. Little attention has been paid to that which falls outside the frame. Using ‘live’ online devices, visitors will have the opportunity to observe themselves as protagonists in this disorientating scene, but will never know who else, if anyone, is watching.

Live | Work also responds to the rapid redevelopment of the unique local area and may even foreshadow the impending destruction of the gallery to make way for living spaces.

Continuing arebyte’s exploration into the theme of Legal Aesthetics, Live | Work looks at the breaking of physical space, creating new sets of rules taken from architecture, surrealism and drawing. Hutber’s proposition looks at the space as a dynamic entity, considering it as simultaneously existing with and without physical and spacial boundaries, creating new realms for performance and perception. 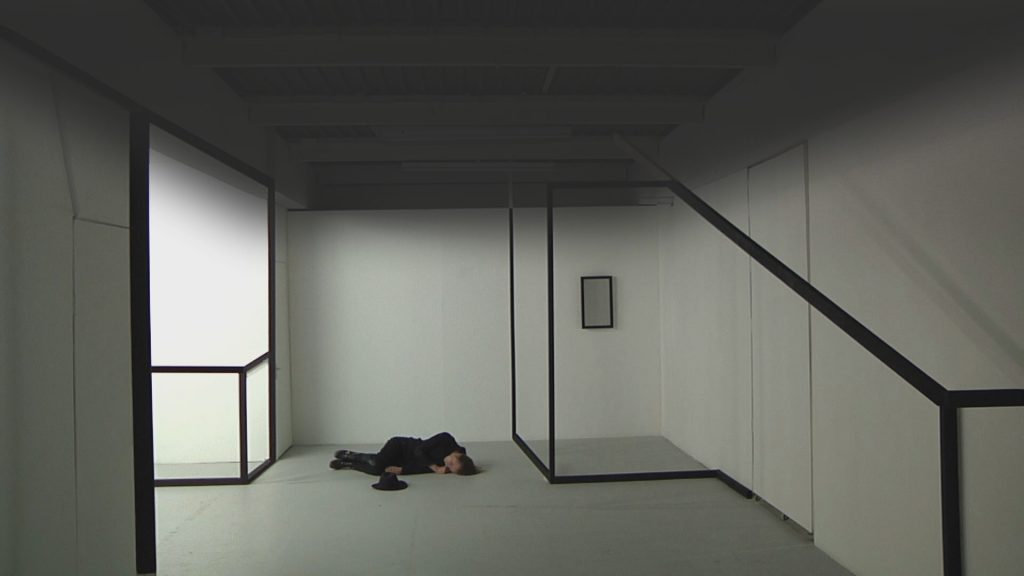 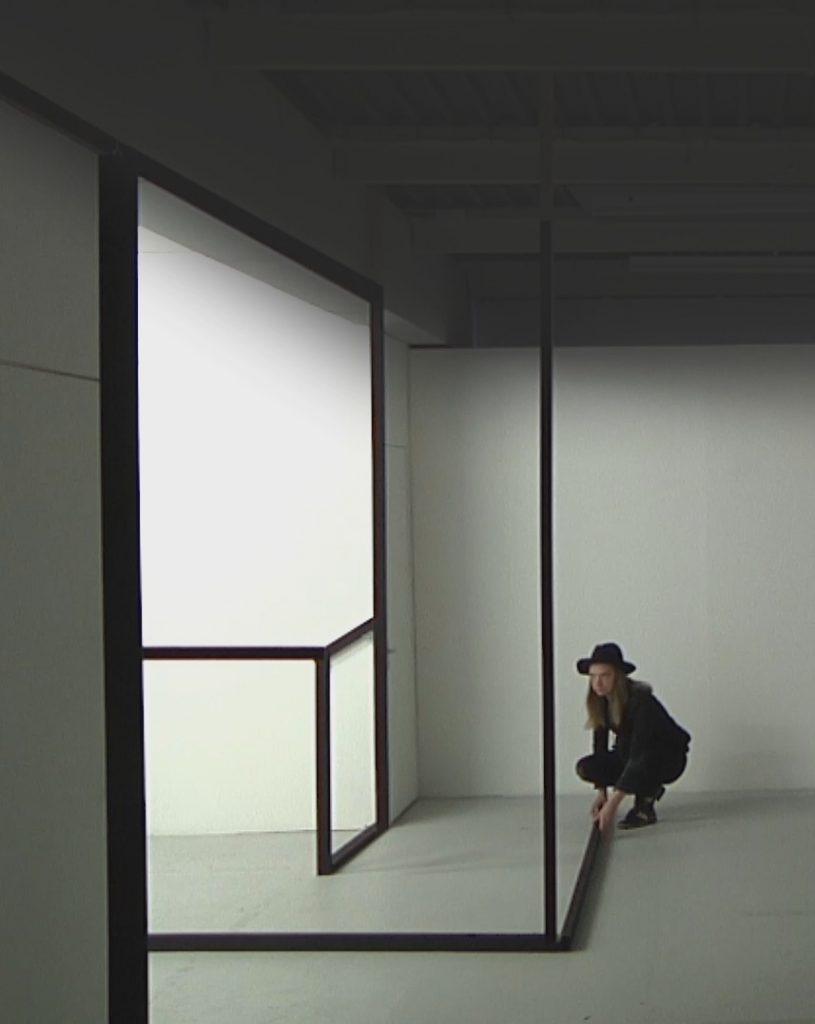 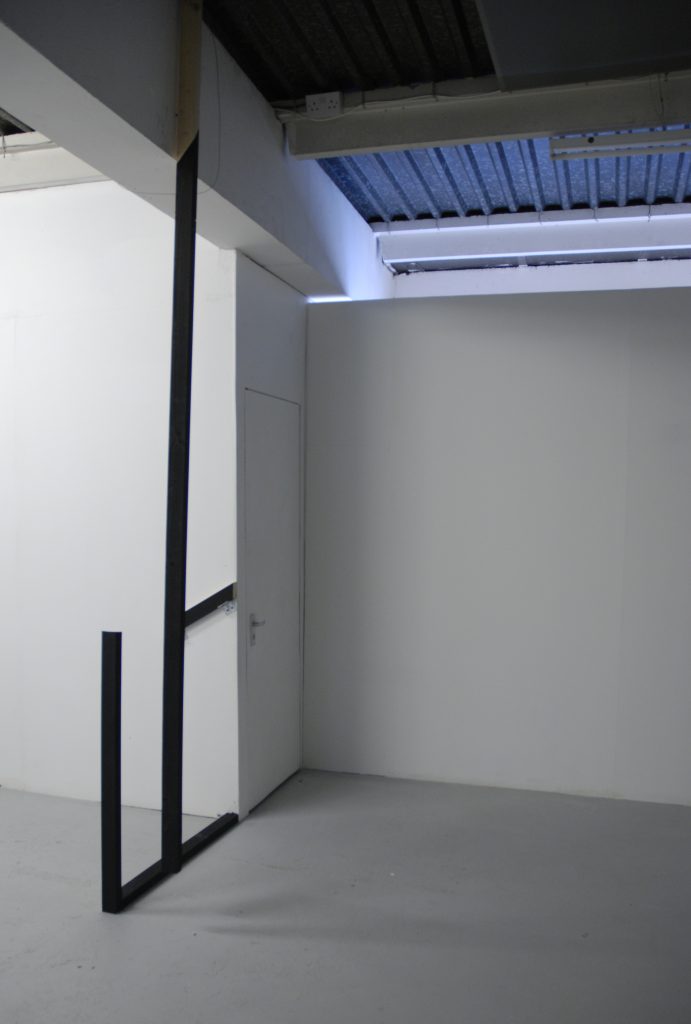 About The Artist
Reynir Hutber is a London-based artist working across a range of mediums including live art, installation, sculpture and new media. A critical use of digital technology is often central to his practice, as is a desire to explore concerns around the authenticity and limitations of the document – particularly in relation to performance.
Hutber has been engaged to develop and perform work across Europe, including events and exhibitions in Italy, Spain, Germany, Brussels and Sweden. In May 2010 he was awarded ‘The Catlin Art Prize’ in London, UK, and in March 2013 he was nominated for ‘Le Prix Cube’ In Paris. In 2014 he was awarded an artist’s bursary by Artsadmin, for artists working in contemporary performance and, in 2015, he completed a residency at Chisenhale Art Place, London. In 2015 his first film And I (with Marcia Farquhar) was filmed at Matt’s Gallery and began touring the UK later that year.

Information on the previous exhibition at arebyte can be found here: www.arebyte.com/reynir-hutber