VOLTA 12 opens on Monday next week and ahead of the opening we have some video previews of the artists being shown.

Fanny Allie presented by Fresh Window, Brooklyn
Fanny Allié engages outlines of the human form — from collage to emotive neon installations — to question our relationship to our bodies and social movements, as well as the intrinsic memories contained within and in our absence.

Kevin Bourgeois presented by Causey Contemporary, New York
Kevin Bourgeois assembles At Play in the Fields of the Lord, a site-specific and interaction installation that furthers his investigation and critique of unseen policing and social fragmentation within “The Cloud” of anonymous, ephemeral contemporary culture. 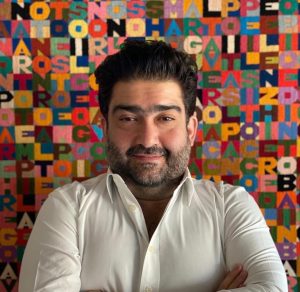