INTERVIEW: We catch up with Caitlin Mavroleon founder and director of Office Sessions - FAD Magazine
Skip to content

On a sunny Saturday afternoon I head down from Oxford Circus, past the London Palladium and Liberty and stroll along Carnaby Street, with Liam Gallagher’s fashion emporium Pretty Green at the end, and straight into Beak Street.

My destination is number 40, a derelict five-floor Edwardian building, a former Metropolitan Police section house, last occupied by squatters, due for demolition any time now. It is a stark reminder of the ongoing, controversial redevelopment of Soho, but for a snapshot in time the venue for Office Sessions IV.
The exterior may be forlorn, but as step inside the crumbling building there is a creative energy that blasts me like the heat from an open oven door. 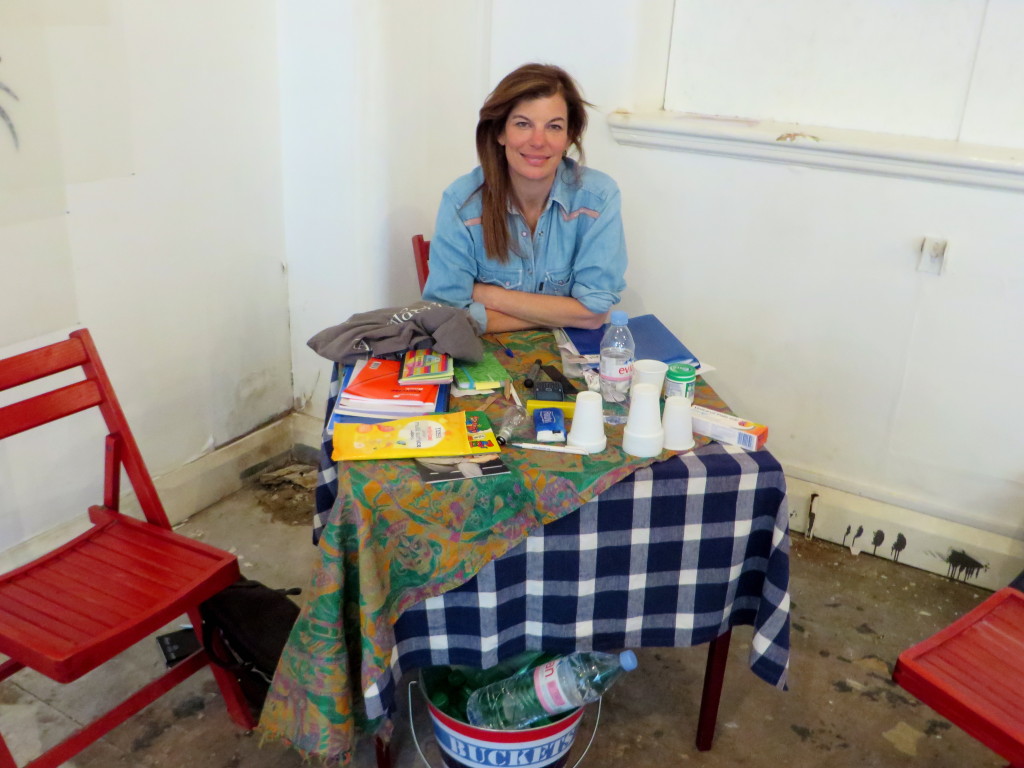 Caitlin Mavroleon in her office

To greet me is Caitlin Mavroleon the founder and driving force behind London-based art and community project Office Sessions, so-named because art takes over disused offices for short periods. The compass point of the project has moved from East London (Office Sessions III was in East India Docks) to the West End for Office Sessions IV: Beak Street.

I wonder aloud if the art crowd might be a trifle shocked about the decaying venue, scrawled in places with graffiti. Caitlin feels its rawness “concentrates the viewer’s eye to the art. And it is a great place to see and buy art from established artists and students, who are 25% of the show, ” she says.
When we walk through the ground floor to the office for our talk, I am hit by a cornucopia of art, including ‘Fallen Heroes a.k.a. Double Standards’ a powerful take on Picasso’s 1937 ‘Guernica’ by Iranian-British painter Afshin Naghouni, the first artist asked to exhibit in the show. 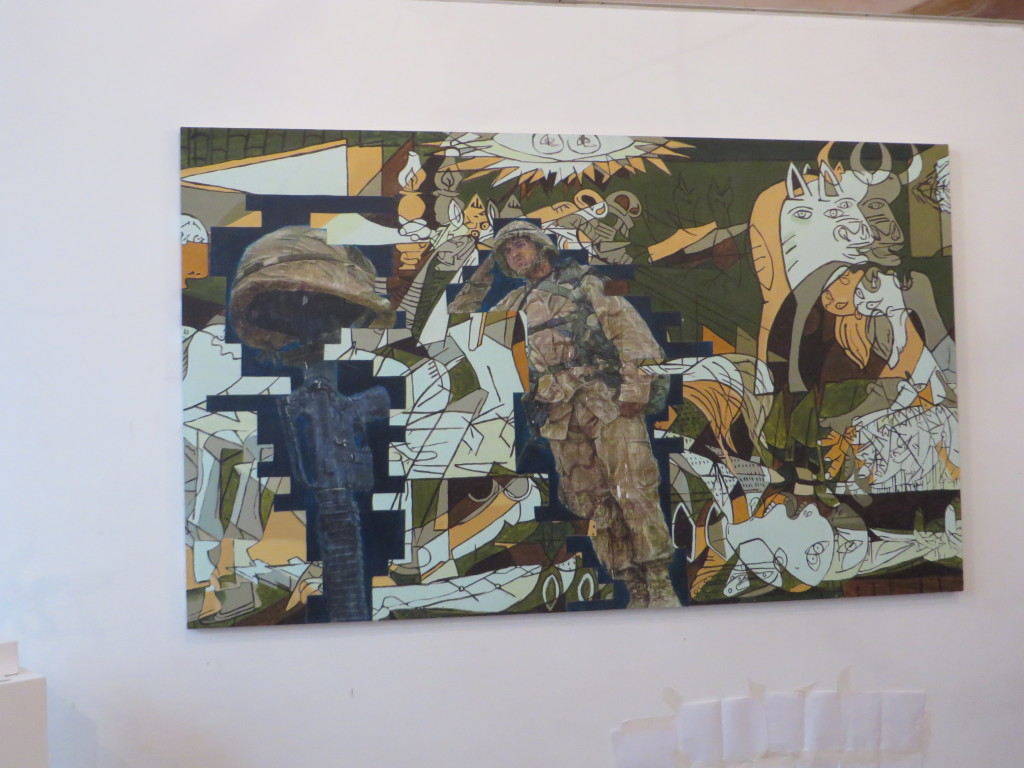 Throughout the vast building there are large sculptures and canvasses and room-sized installations but also smaller pieces, prints and photographs by more than 60 artists. The more you look the more art you see, in every crevice of the building. Caitlin says “it can over stimulate the viewer and that is always on my mind.”

Caitlin has a relaxed manner, no pretention, likes to nurture artists, but keeps a firm hand on the tiller and has a flinty side. Every one of the artists in the show is there by personal invitation. She chooses all the art for Office Sessions and looks with care at the commercial possibilities for sales. But not in a “used car sales way”, this was clearly pointed out.

Caitlin Mavroleon, an American came to England in the 1990s and studied art at Heatherley and St Martin’s art schools in London. Her background includes, stylist, ambassador for fashion brands, photographer and curator. She was married to a shipping owner and recalls hedonist times in her 30s. But when she describes herself as a character from Absolutely Fabulous, it is not Edina or Patsy she identifies with but Saffy, “the hard working one with a strong sense of morals”.

Being creative director of Art For Youth (exhibitions in aid of UK Youth a young people’s charity her family has been involved for more than 27 years) has kept Caitlin in good practice for dealing with the egos of the 60-plus artists and Office Sessions’ unnamed silent partner.
She is not afraid to deal with any drama or negativity head on and no one is bigger than the project, including herself.

Caitlin is a firm believer that artists should not have to bide their time and pay their dues on the arts circuit. “Office Sessions is a platform for artists to shine. If you have the talent then why wait, show your work now”, she says.

As we talk, an energetic little boy runs into the room. He is Caitlin’s son Jem soon to turn eight, who has some work in the show. He gives me a firm handshake, and then zooms off upstairs at the speed of light.
Caitlin continues: “This is an opportunity for artists not to have to deal with dealers, galleries or collectors – nobody has to sing for their supper – but it is a chance to collaborate and network”.
On the other hand, there is an expectation for the participants to be pro-active with promotion, getting the show’s information out to the public.

We chat about the show not having a “snob factor”, no fancy name for this art show. This I can see is the real spirit of Caitlin, a straight talking arts person, who likes to break the rules and take calculated arty risks.

Putting on a show in a condemned building has its challenges. The lights fused just before the private view among other hiccups. Instead of going off to get changed into her glamorous opening night clothes, Catlin just got on with the evening in her art-hanging day wear, I can tell you it was a brilliant, buzzy opening party.

Towards the end of my visit to 40 Beak Street I meet the artist and photographer Vanja Karas, who has two rooms dealing with Decay. She quotes Charles Baudelaire “progress, this great heresy of decay,” in her installation ‘Who killed the Golden Goose’ dealing with building developments. Another installation, ‘The Garden of Decay’ features dead flowers. Making me wonder what the wreckers would make of them, coming across them without warning in the deserted building when demolition day comes. 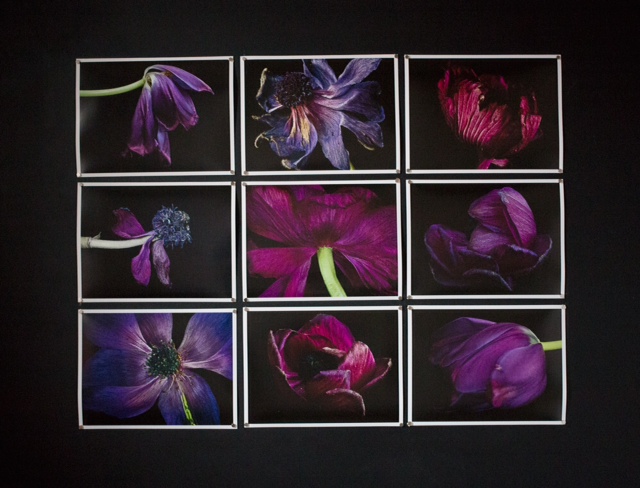 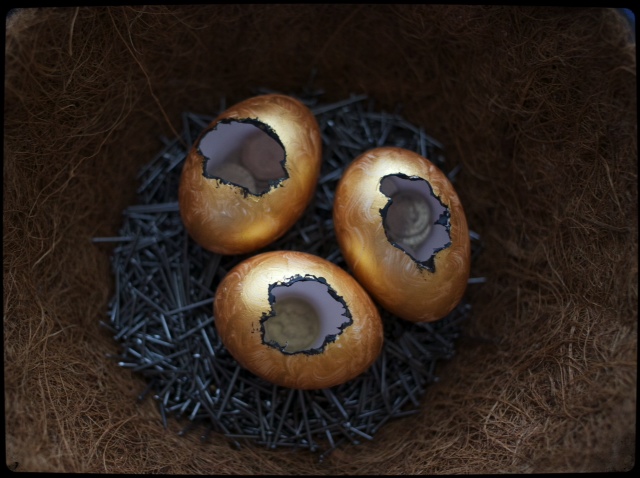 ‘Who Killed the Goose’ sculpture installation by Vanja Karas

Another work, a giant yellow pencil painted on a pillar by Mario Varas Sanchez, is a response to the lines of the building, simple and immediate. For me it points to the arty heart of what Office Sessions is all about. 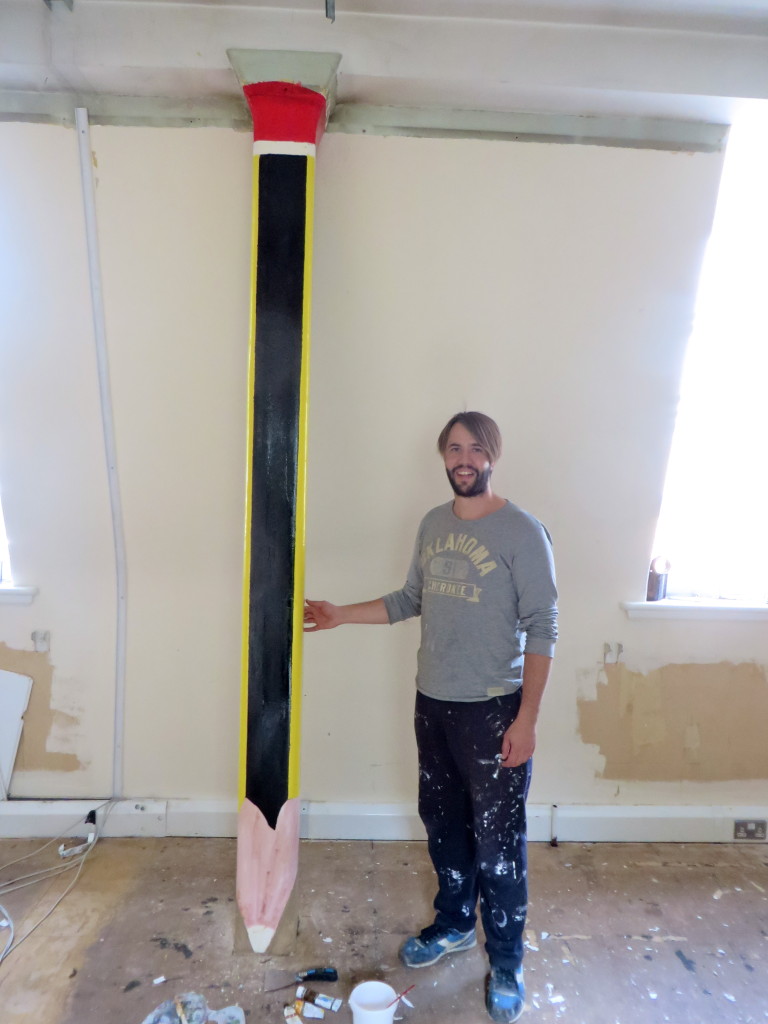 Caitlin has a busy year ahead. There’s the ongoing Office Sessions enterprise, sourcing art and commissioning new works for private clients and collaborating on other projects.
Next will be Art Youth London in October. And I look forward to following Catlin’s arts adventures down the line.

Her parting words to me are “watch this space”. I certainly will.

Postscript.
I get a coming down of the Berlin Wall feeling as much of the graffiti left by former occupants of 40 Beak St is taken as souvenirs. The exhibition closed on 6thAugust, the artworks removed or if impossible to pack up, left behind. Fear, not I will be reporting back on what happens to the site-specific art and what type of building 40 Beak Streetmorphs into in Soho’s ever changing landscape. 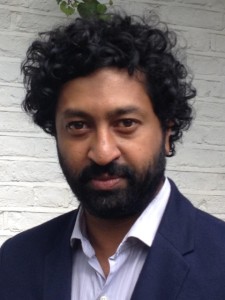 There was a real mixture of interviewees on FAD in 2015 and this is reflected in our top 7 interviews.