This exhibition is Marc Quinn’s first at White Cube London since 2010, includes two new bodies of work and is the culmination of two years of investigation into natural phenomena and our distanced and complex relationship with the environment.

‘The Toxic Sublime’ series are distorted, three-dimensional seascapes that blur the boundaries between painting and sculpture. They begin with an inherently contradictory artistic gesture whereby Quinn submits a photograph on canvas of a sunrise to a process of aggressive alteration. The photograph is first sanded and taped, then spray-painted through various templates comprising flotsam and jetsam gathered from the beach. Once this process is complete, the artist takes the canvas out onto London streets and introduces the impressions of drain covers into the surface of the work. This intrusion is suggestive of how water, which is free and boundless in the ocean, is tamed, controlled and directed by the manmade network of conduits running beneath the surface of the city. 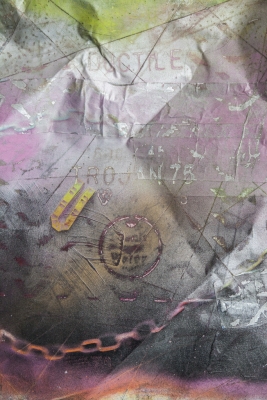 Also this year Making Waves a film of a year in the life of Marc Quinn is released watch the trailer below:

The degraded seascapes are finally bonded to a sheet of aluminium, to be pummelled and contorted by Quinn to create sculptural hybrid objects that not only exhibit the formal elements of classical landscape painting but also are suggestive of something wrecked, as if a pictorial remnant discarded from some kind of physical disaster. Moreover, while all the works originate from the same image of an orange-tinted sunrise, they each emerge inherently unique, the result of a distinct physical and material manipulation. 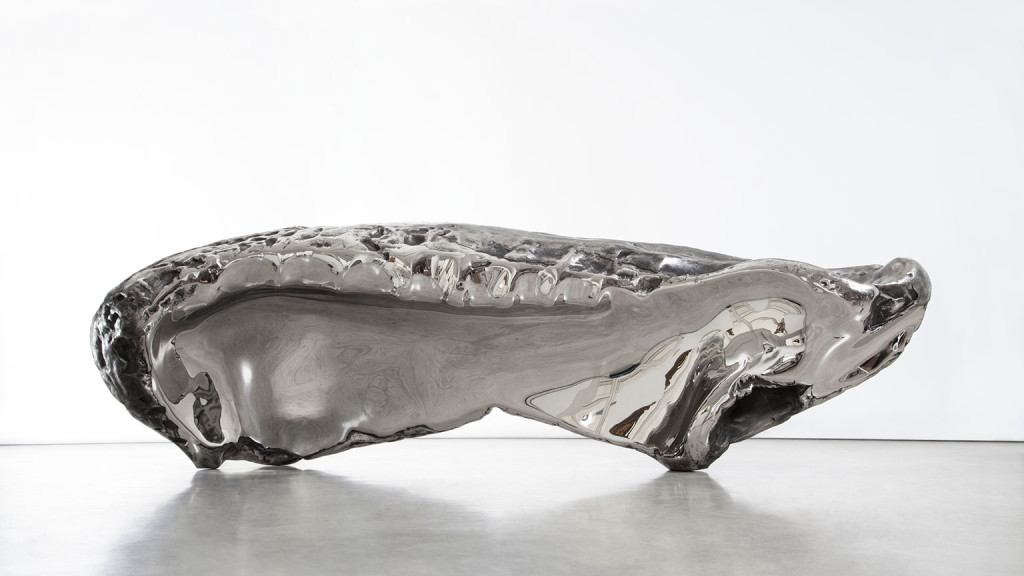 Alongside these paintings, a new series of sculptures, minimal arcs in stainless steel and white concrete, including one measuring over 7m long, form part of a body of work titled ‘Frozen Waves’. These primal, gestural shapes originate from the remnants of shells, eroded by the endless action of the waves. In the moment before they disappear and become sand, all conch shells end up in a similar form – an arch that looks like a wave, as though an unwitting self-portrait by nature. With titles referencing the science of fluid dynamics, Quinn captures this ancient action of time and tide using the most recent three-dimensional technology. Copied and extracted on different scales, and then cast in stainless steel or concrete, the result appears like a sculpture of a wave yet also something primordial and ambiguous, mined from the depths of time; a reminder that the forces that shape nature are more powerful – and will last longer – than us, however much we interfere with the planet. Elegant and minimal, they point to a magical material transformation: the crystallisation of movement into form.
In Broken Sublime (The Hunger) (2015) and Broken Sublime (The Invention of Tools) (2015) Quinn presents us with two stainless steel sculptures modelled from real shells which have been broken into by people, to extract the flesh within them – a reminder that our relationship with nature is, and always will be, shaped by our basic human urges. 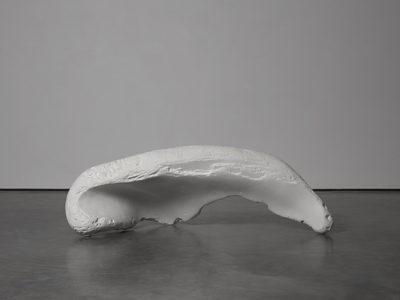 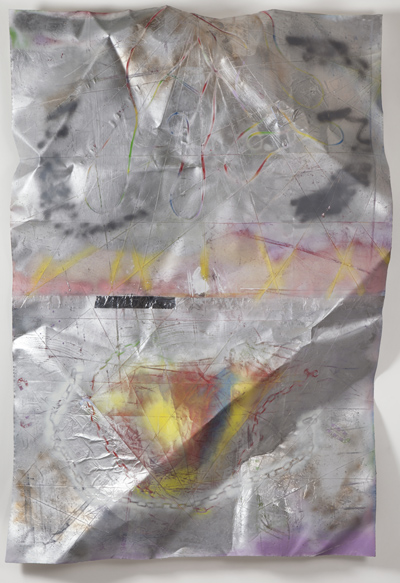