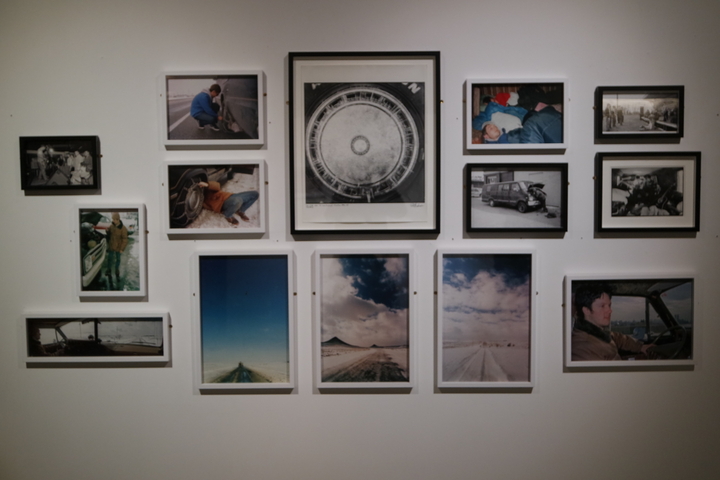 AND Graham will also display half a dozen of the original cameras used to take these iconic shots.

The photographer, widely known for his work chronicling bands such as Bikini Kill, Nation of Ulysses and Fugazi, struck up a close friendship with Issac Brock and Modest Mouse while they lived together during the 90s.

When Modest Mouse embarked on their first US tour in 1997 Isaac asked Pat if he wanted to come along. What followed over the next 12 years of touring across the USA, Europe, and Japan was a thrilling collaboration and a lasting friendship. Onstage and 10,000 miles off it, Graham’s remarkable photos offer a blunt and beautiful view of the touring life: the broken down vans, overflowing merch tables, adoring fans, blown amps, couches-turned-beds, performance injuries, filthy motel rooms, run-of-the-mill truck-stops, zen moments and breathtaking landscapes, and scores of other sights across almost a decade. With its compelling and candid portraits of the band members and their friends, Graham’s camera captures a rare and privileged take on Modest Mouse. Witness to all the highs and the lows of the road, Modest Mouse is a treasure for anyone interested in a backstage view and a deeper understanding of the glory, grit, and grime of rock and roll.

Calling all music lovers out there, are you constantly on the hunt for apps that appeal to your musical interests? […]