The latest trend in baby births is turning the umbilical cord into art! reports ArtNet

Stephanie and Keith Duffy made their first umbilical cord canvas in 2009, after the birth of their first child. Keith, a medical doctor with pathology training, was examining a sample of the cord under a microscope when he and Stephanie realized that the dyed specimen bore an uncanny resemblance to an abstract painting. They enlarged the photo and hung it on the wall, creating a unique work of art that commemorated the miracle of birth. 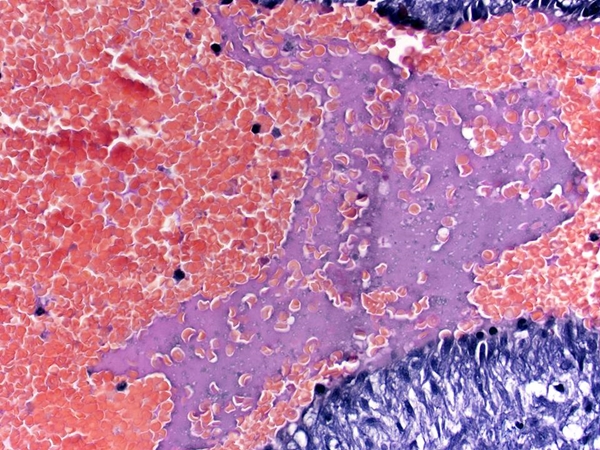 In 2012, the couple officially launched Little Cord Art New parents enlist their doctors to give them a small sample of the baby’s umbilical cord. The Duffys provide a special container for transporting the sample, which they then dye in the colour of the customer’s choice before magnifying the image 400 times, and then they print it on a canvas. The largest pieces cost up to $600. Read More at Atnet