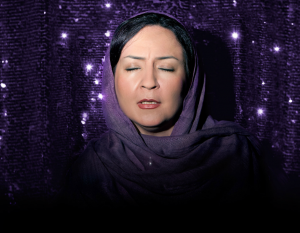 Newsha Tavakolian is used to being behind the lens, but today she’s in the spotlight at the Whitechapel gallery where she spoke about her work in July 2014. Born in Tehran 1981, Tavakolian is a self taught photographer who has had work published in National Geographic, Time magazine, Le Monde and the New York Times to name a few. She tells her story to date with humour and realism, describing her struggle as a teenager dropping out of school, to finding her passion in photography and the hurdles she has overcome as a female photojournalist working in Iran and internationally.

She began her career in photojournalism working at newspapers in Iran, such as Zan, where she was one of only three photojournalists working for the paper. She and her fellow female collagues were openly sent only on “easy” jobs. When, in July 1999 a peaceful student protest against the closure of reformist newspaper Salam turned into a violent riot, all the male journalists happened to be out of the office and Tavakolian was sent out to photograph the event. She describes running towards instead of away from the commotion and how people covered their faces from her camera, in an act of anonymity. The police confiscated cameras in the crowd so they could use photographs to identify dissidents, showing the power of the camera as a political tool, a target and also a weapon.

Tavakolian was frustrated with the image of Iran communicated to the Western audience which was dominated by political turmoil. She needed to document daily life and normal Iranians to show a different side of society to foreign newspapers. An image published in the New York Times shows teenagers in their spare time, smoking in a cafe. Tavakolian’s intention to show Iran as a “normal” and “modern” society, was challenged by a girl in the audience. She was one of the teenagers in the photograph. She felt insulted by the caption of the photograph which described the teenagers as playing truant behind their parents backs. An interesting debate broke out between photographer and subject on the meaning of social modernity.

Tavakolian cited one of her influences as the photographer Abbas (b.1944). He captured Iran during the revolution in Iran from 1978 to 1980 and after limits were placed on his freedom to photograph, he exiled himself from his home country for a period of 17 years, returning in 1997. Tavakolian experienced similar difficulties when her press identity card was confiscated after working with foreign newspapers. During these times, she looked for other ways to find expression through the lens, turing towards artistic portraits of Iranian people.

Tavakolian’s work often returns to the representation of women. She explains that during the Kadjar era (1785-1925) in Iran women were not allowed to be photographed, yet showing a photograph of two women dressed in traditional male clothes she shows how people also knew how to divert from the official rules. In her series, Listen (2011), Tavakolian photographs female singers from Iran, caught between words and notes, paused with their mouths open and eyes closed with feeling. In Iran it is forbidden for women to sing solo to an audience. Tavakolian created CD covers characterising each of the singers, but the cases remain empty because the female solo voice is muted.

Tavakolian speaks out through her camera. Silenced many times, yet adapting and persevering, she has continued her photo journalistic work, developing a political voice through documentation and art. 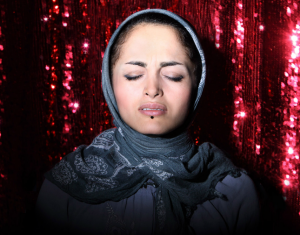 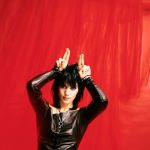 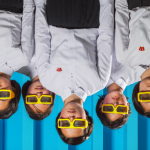