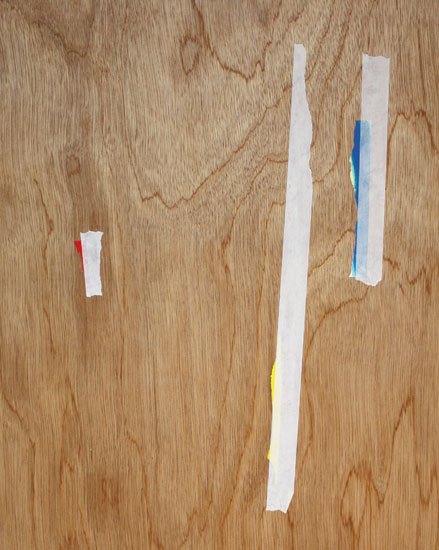 Young painter Alastair Gordon, at Bearspace in Deptford to 24 May, is a worthy addition to the canon of artists who’ve painted the illusion that pieces of tape are stuck on the canvas. This derives, of course, from the 18th century tradition of deceptive trompe l’oeil – such as Cornelius Gisberts’ paintings of documents stored in pouches on the, wall which tempt the viewer to try to take them down. That form of illusionism is known as quodlibet, or ‘what you will’ – which is Gordon’s exhibition title. Also on the current list are David Musgrave, Kees Goudzwaard, Tod Norsten, Francisco de Corcuera, Sylvain Azam, Sheau-Ming Song, Tod Norsten, Kaz Oshiro and Jochen Mulenbrink. That group varies more than you’d think and all have their merits. To pick two, Oshiro is unusual in making humdrum objects, such as kitchen cabinets and stereo speakers, which prove, when you go round the back, to be canvases adorned with real fixtures – and, very often, apparent bits of tape. Goudzwaard blends illusion with abstraction and catches some of the temporality of the vanitas tradition by building paper models in which the tape literally and compositionally holds everything together. He then paints the results, in his words, ‘rather exactly’ at 1:1. Back with Gordon, he plays with the possibility that these are oddments from the artist’s studio, and double bluffs with his wooden backgrounds: fake woodgrain’s another trompe l’oeil standby, but they turn out to be real… 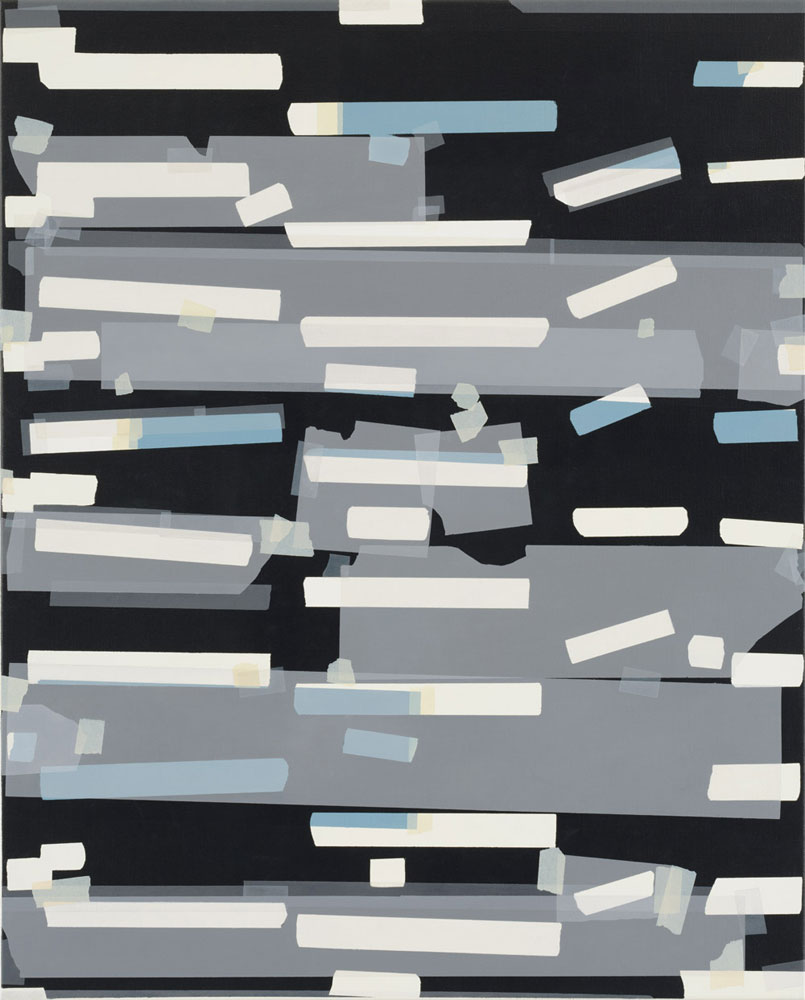