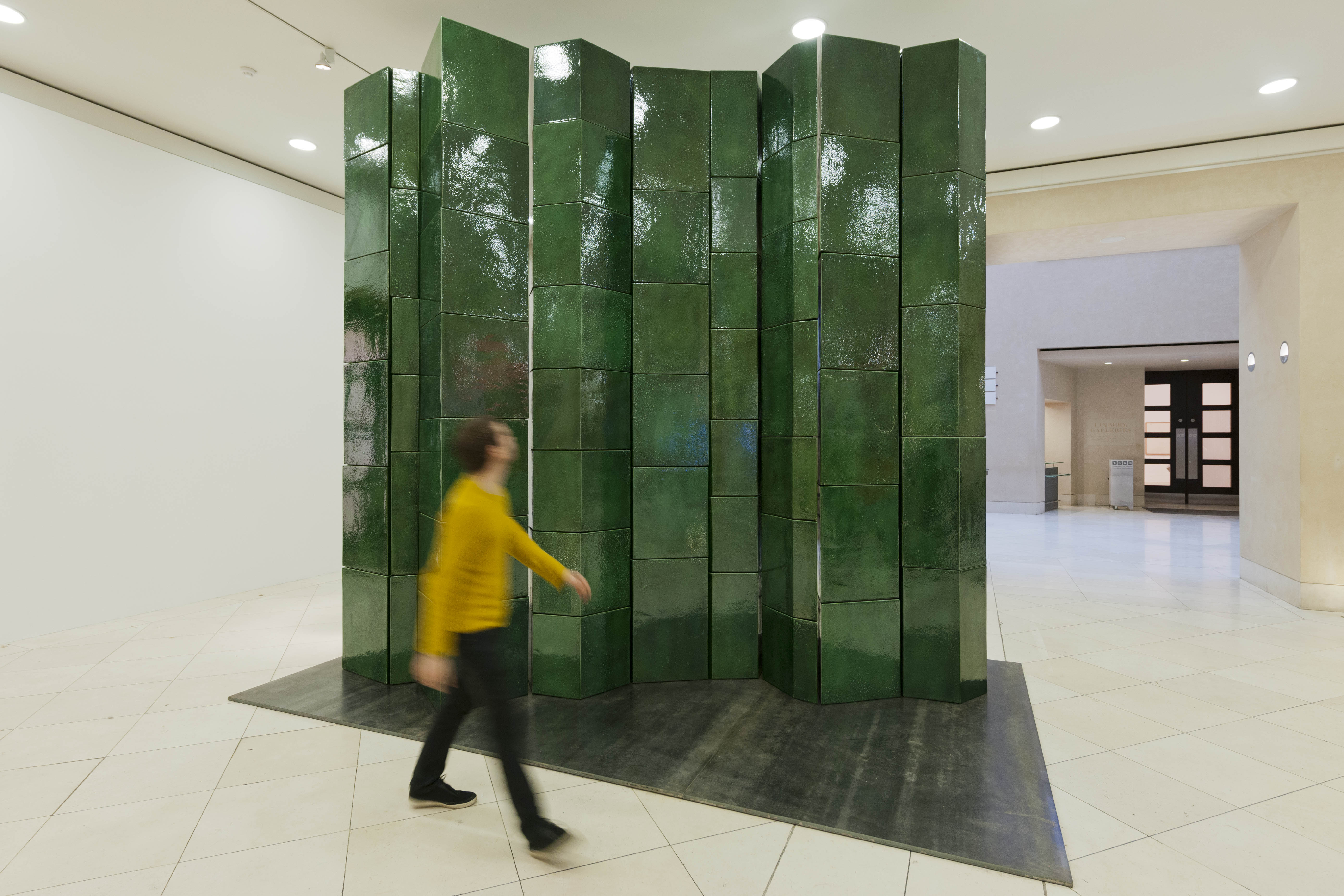 A green ceramic sculpture weighing over 12 tonnes and standing 4 metres high has been unveiled at Tate Britain.
Fold 2012 marks the opening of the largest survey of Richard Deacon’s work in London for around 25 years. This is the first time Fold has been on display in a public gallery, and the first time a sculpture has been displayed in the Manton Entrance. The exhibition opens at Tate Britain on 5th February.

Richard Deacon’s Fold 2012 is a towering sculpture in glazed ceramic. From a distance the nine closely clustered towers look like a freestanding folding screen. Closer inspection reveals the sculpture to be made of sixty irregular bricks which appear to shift and shimmer as the viewer walks by.
The sculpture demonstrates Deacon’s interest in the relationship between components and the whole. This is a theme further explored within the exhibition itself, which surveys Deacon’s work from the 1970s onwards.

It’s wonderful that I have been given the opportunity to show such an ambitious work at Tate Britain. I’ve always thought of it as more of a gate than a barrier and we’ve placed it in the space between the entrance to and the exit from the exhibition, which is also in the area the public circulates. The work joins the beginning and the end with a fold in the middle. You could almost call it a hinge.

Fold is on display in the Manton Entrance of Tate Britain and is free for visitors to the gallery to view. It will be on display throughout Richard Deacon at Tate Britain from 5th February – 27th April 2014 .The exhibition is curated by Clarrie Wallis, Curator, Modern & Contemporary British Art with Sofia Karamani, Assistant Curator, Contemporary British Art. It will be accompanied by a book on the artist and a programme of talks and events in the gallery.