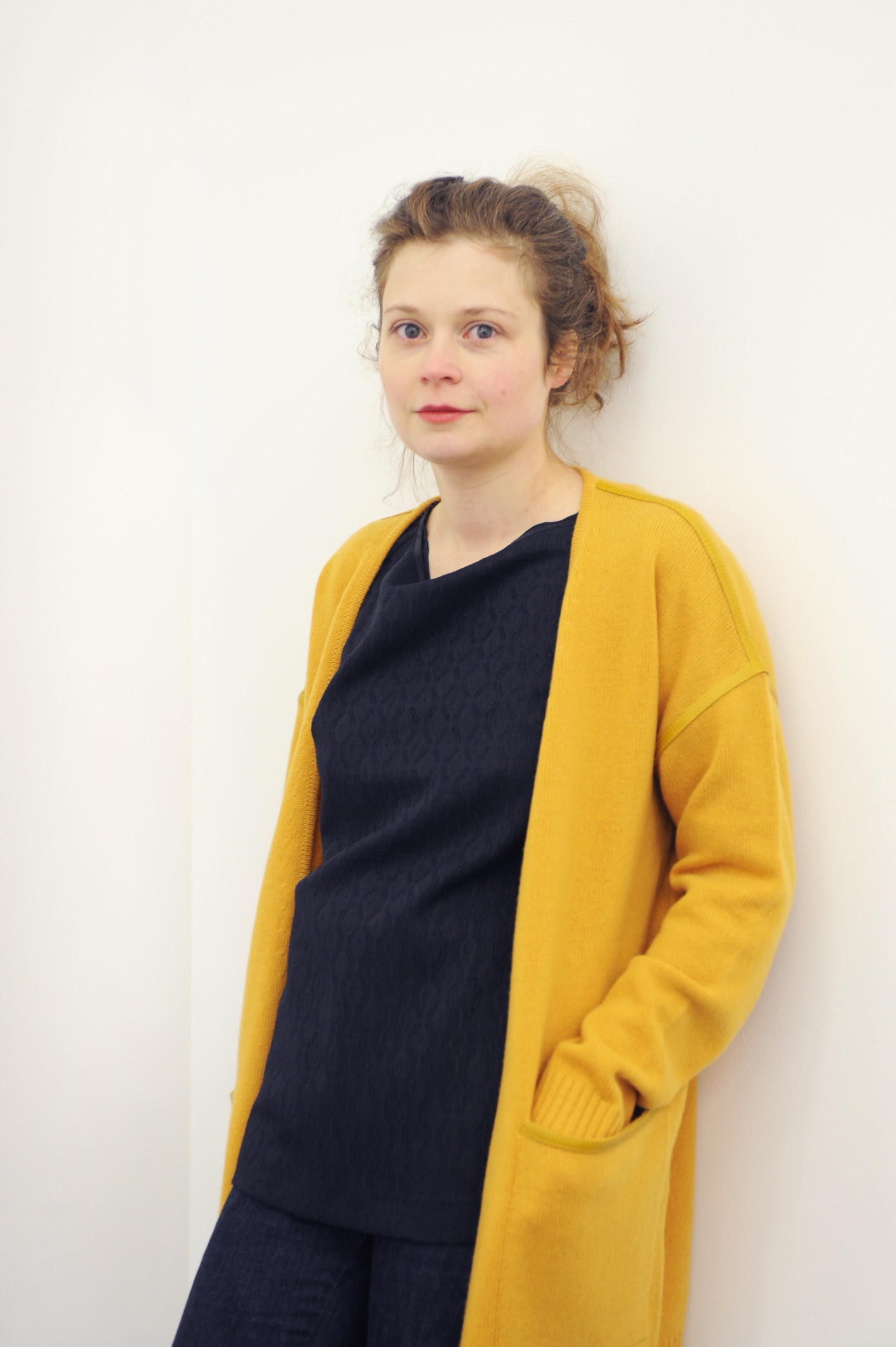 Glasgow based artist Corin Sworn (b. 1976) was chosen from a distinguished shortlist including Beatrice Gibson, Melanie Gilligan, Judith Goddard and Philomene Pirecki.

The Max Mara Art Prize for Women in collaboration with the Whitechapel Gallery is a biannual award established in 2005.
It is the only visual art prize for women in the UK and aims to promote and nurture female artists, enabling them to develop their potential with the gift of time and space. The prize is open to UK artists working across any medium who have not previously had a solo survey exhibition.

The winner is awarded a six month Italian residency starting in March 2014 which is tailored to fit the artist and their winning proposal for the Prize. During the residency the artist will have the opportunity to realise an ambitious new project which will be presented in major solo exhibitions at the Whitechapel Gallery in London and Collezione Maramotti in Reggio Emilia, Italy in 2015.

Sworn’s film and installation works are often created through a mesh of fragmented references, suggested memories and oral histories. Her winning proposal for the Max Mara Art Prize for Women draws from the rich history and elaborate costumes of the Commedia dell’Arte, reviving the improvised theatrical comedies performed by acting troupes who toured Italy from the 16th century onwards. The new work will also reflect her continued interest in exploring the stories around migration.

Sworn’s bespoke residency is divided between three of Italy’s greatest cities, Rome, Naples and Venice. In Rome, she will spend three months immersed in the diverse art scene and cultural history of the city whilst researching the project and looking at the relationship between the Commedia dell’Arte and Italian cinema. For the next phase of the residency, she will be based in the newly restored Museo d’Arte Contemporanea Donna Regina Napoli (MADRe), located in a stunning 19th century palazzo in the centre of Naples, where the Commedia dell’Arte flourished through forms of street and popular theatre in the past. Her experience will end in the libraries and archives of Venice, at Fondazione Bevilacqua la Masa, founded in 1898 and home to one of the oldest artist residency programmes in Europe.

On behalf of the judging panel Iwona Blazwick, OBE, Director of the Whitechapel Gallery said:

‘We are delighted to award Corin Sworn the Max Mara Art Prize for Women in collaboration with the Whitechapel Gallery. She is a vivid storyteller and the judges were swept away by her proposal inspired by the 16th century Italian Commedia dell’Arte travelling theatre troupes woven together with oral histories. We can’t wait to see the impact of the residency on her scripts and filmmaking and anticipate a wonderfully dramatic installation at the Whitechapel Gallery with the jostling atmosphere of costumes and props backstage at the theatre. The Whitechapel Gallery has pioneered women artists from Frida Kahlo to Sarah Lucas and we are proud to add Corin Sworn to our history.’

‘It means such a great deal to me to be able to work with the Collezione Maramotti and the Whitechapel Gallery on a new commission. The promise of six months in Italy has inspired a host of ideas for new work and I look forward to being able to develop these over the course of my time in Rome, Naples and Venice. I have great admiration for all the artists involved with the prize and feel honoured to be a part of this award that highlights some of the most remarkable women artists working today.’

About The Artist
Corin Sworn was born in 1976 and lives and works in Glasgow. She studied a BA in Psychology at University of British Columbia, Vancouver; a BFA at the Institute of Art & Design, Vancouver and an MFA at The Glasgow School of Art.

Sworn creates films and installations. In The Foxes (2012), recently exhibited at the 55th Venice Biennale, for example the artist re-examined a collection of slides taken in 1973 by social anthropologist Gavin A. Smith during his fieldwork in a highland village in Peru. While touching on Smith’s original work on Peruvian land reform and tactics of peasant rebellion, Sworn’s installation focussed on the legibility of photographs and how they are narrated through collective discussion. Recent solo exhibitions and screenings include The Rag Papers at Chisenhale Gallery (2013), Artists’ Film International: Corin Sworn at Whitechapel Gallery, London (2012) and Art Now: Corin Sworn at Tate Britain (2011). Recent group exhibitions include From Morn’ Till Midnight at Supportico Lopez, Berlin and Storytelling at National Gallery of Canada (2013). She is represented by Kendall Koppe Gallery, Glasgow and Natalia Hug Gallery, Cologne.

The Max Mara Fashion Group was founded in 1951 by Achille Maramotti and is now run by the next generation. It is one of the largest women’s ready-to-wear companies in the world, with 2369 stores in more than 100 different countries.
On 29th September 2007 the Collezione Maramotti opened to the public in Reggio Emilia, Italy. For further information, please visit www.collezionemaramotti.org.