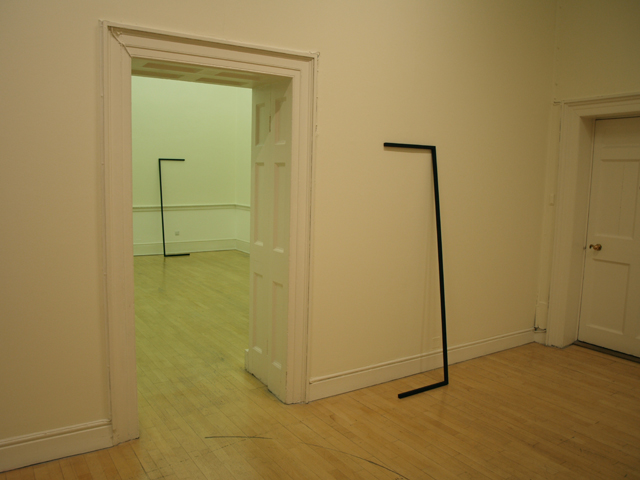 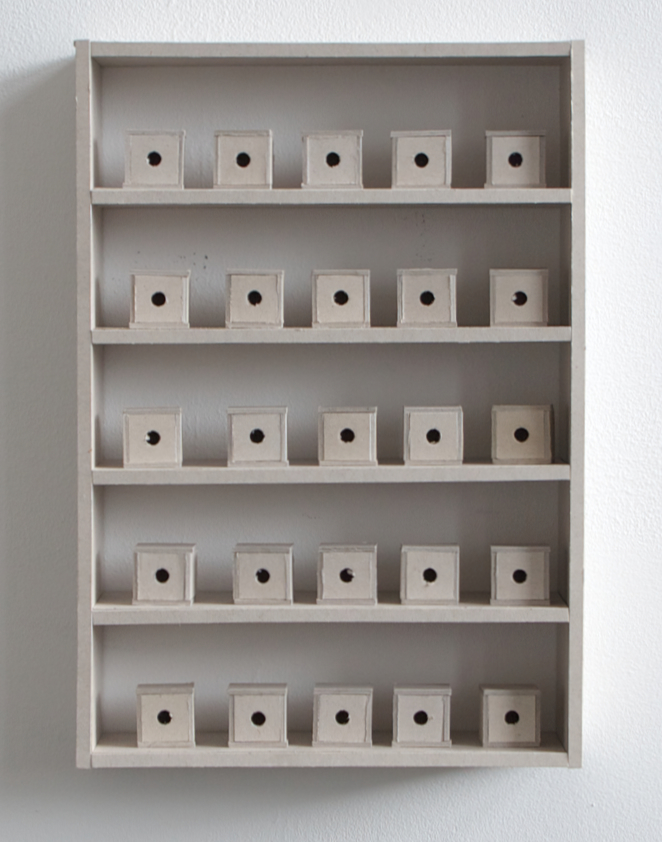 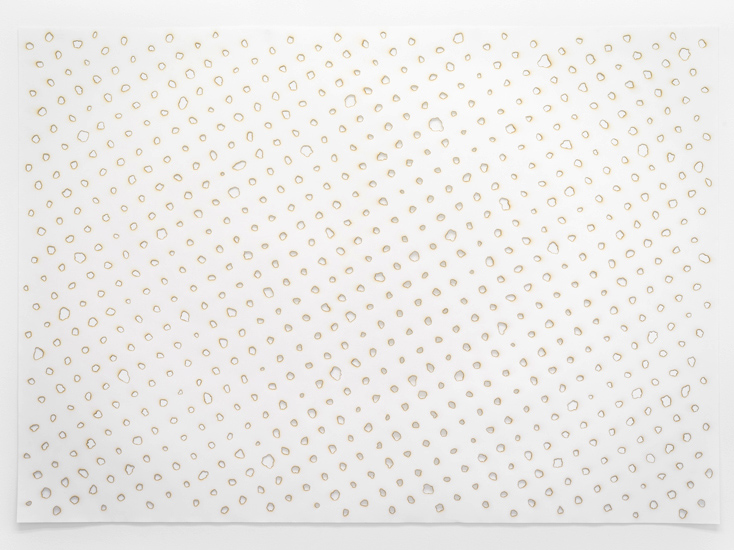 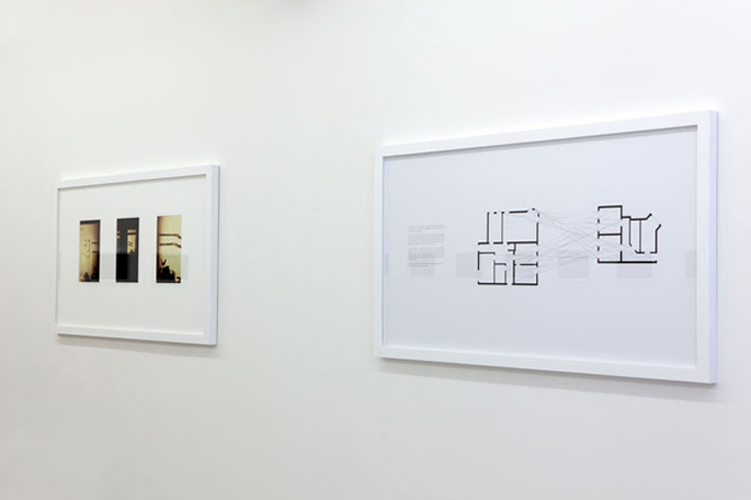 { } – The Empty Set is a mathematical expression to describe nothingness. It also applies philosophically as a tool to debate null. The empty set is not the same thing as nothing; rather, it is the framing of nothingness. Once acknowledged, it stops being anything and nothingness becomes something.

Maria Stenfors is bringing together this group of artists in a selection of sculptural and two- dimensional works.
The Empty Set is an investigation into the void that is alluded to and insinuated in the creation of structure and form. Jean-Baptiste Bouvet’s works on paper reveal an exact and silent experiment with the shift of matter and energy, Karl Burke creates a framing of the space his sculptures are placed in, Jonas Dahlberg’s photo documentation and plan drawing make imagined divides and boundaries visible, and Dean Hughes’ sculptures and paper works frame the incidental gap occurring in everyday items of stationery. Spaces are defined not by their vacuity, but their boundaries. Space and absence is both thick with infinite dark nothingness, and light with empty silence.

Jean Baptiste-Bouvet (b. 1980, Caen, France) lives and works in Berlin. Recent solo exhibitions include Everything that has a name at Gallery Nordenhake, Die taube Unterredung at Ambassade de France, Berlin, Yes I like the TV at Gallery Bimal Projects, Berlin and Am rand des waldes at Gallery Air Garten, Berlin.

Karl Burke (b. 1974) lives and works in Dublin. Recent exhibitions include Mac Belfast, Conquested at Temple Bar Gallery, Hugh Lane Dublin City Gallery, the Leitrim Sculpture Centre, The Fridge Washington DC, Rua Red, Dublin, and the Limerick City Gallery of Art, Hammer and Feather at the Niland Gallery, Limerick, and Nothing is Impossible at the Mattress Factory, Pittsburgh.

Dean Hughes (b. 1974, Manchester) studied at Chelsea College of Art and Design between 1993-6. He was included in the British Art Show 5 in 2000 and his work was featured in Phaidon’s 2005 book Vitamin D: New perspectives in Drawing. Recent exhibitions include Big Minis at CAPC, Bordeaux, Lonely at the Top, MUHKA, Antwerp, Graphology, Drawing room, London, and Newspeak British Art Now, Saatchi Gallery.