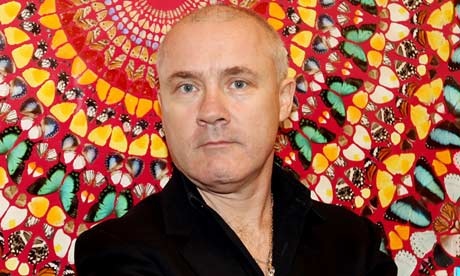 Rejecting the dangers of Romanticism … Damien Hirst at Tate Modern. Photograph: Graeme Robertson for the Guardian

Whatever happened to the Romantic artist? What happened to heroic avant-gardists who starved in garrets, cut off their ears and went mad? Damien Hirst has been on BBC Radio 4’s Desert Island Discs, telling a few stories about his wild youth. Get this: he was so drunk after winning the Turner prize that he woke up the next morning and didn’t know where the £20,000 prize money was.

As it turned out, he had put it behind the bar. So even when drunk, he didn’t really lose the money.
Read More over at the guardian