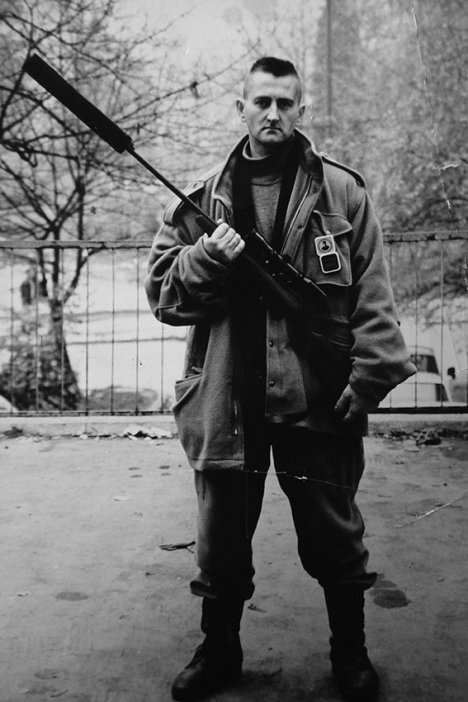 The London School of Economics in collaboration with the Alan Cristea Gallery will host a panel discussion between three of the artists from Conflicted Memory (see below) and Jonathan Watkins, Director of Ikon Gallery in Birmingham and curator of the Iraq Pavilion at the 55th Venice Biennale.

Conflicted Memory at the Alan Cristea Gallery brings together an international group of eight female artists whose experiences of living within conflict zones, or places of political unrest, address the issues that surround the concept of recollection.

Against a backdrop of nationalism, apartheid, civil war, and social and political change, Conflicted Memory also looks at the role of the artist in areas of conflict, where artists are often amongst the few that can carve out an alternative space for reflection, imagination and discussion beyond the entrenched fault lines.

The construction of memories and the related processes of recalling, rewriting, commemorating and forgetting, ultimately stem from a moment of personal or collective action that defines how history is written. Conflicted Memory reflects upon the prolonged nature of this process and, by accepting competing narratives, presents a view which is more nuanced than the absolute terms of truth and reconciliation which are characteristic of the political discourse that takes place in the aftermath of conflict. Between them the artists explore the scope of memory, considering its personal, collective, subjective and selective forms.

Some memories are held within a particular landscape, or are inscribed into texts, objects, national symbols and media images. Although exhibiting in various media- including print, drawing, painting and video- the artists share a contemplative approach to the emotionally-charged themes with which they deal. Also sharing a common method of creation through destruction, each work in some way involves either a blurring, layering or distortion of an image to make visible what was once hidden from view; and translating a momentary flashback into a lingering presence. Artists: Rita Donagh’s work is an important precursor to the work by the young artists represented in this show. Fusing architectural drawings, cartography and newspaper images, her collages map key moments of the conflict in Northern Ireland, which she experienced firsthand in the 1970s. By visualising what was not seen publicly- like the H-Block prison, the site of the Republican ‘dirty protest’ and hunger strikes- her work points to the ultimately futile attempts to edit uncomfortable truths out of the British media coverage and consciousness.

The controlled and precise nature of Donagh’s works contrasts with the intention to obfuscate the reality of conflict. Miriam de Búrca engages with her own experience of the persisting divisions in Northern Ireland. The quiet and lyrical mood of her video My Home is His Castle (2011), shot in the grounds of a former Anglo-Irish estate in Northern Ireland where she now lives, ponders the legacy of conflict associated with particular places. A set of accompanying drawings documents the wildlife and plants inhabiting the estate, accentuating the transformation of a place with a fractious history, and the conscious effort it takes to recall and understand its former contours.

Ruth Goddard reflects on her childhood memories of the end of apartheid in South Africa, crystallised in the day when the old history schoolbooks at her primary school were exchanged for new ones. In A Persistent History (2012), she traces the process of rewriting history through a series of detailed pencil drawings, copying individual pages of a range of textbooks in use in South African schools before and after the apartheid. Each drawing is partly erased, highlighting the fragmentary and unstable character of historical narratives. Adela Juši? tackles the memory of war in a very direct and personal way. Her work The Sniper (2007) is the expression of the artist’s own attempt to come to terms with her father’s involvement in the war. As a member of the Bosnian army, trying to defend the besieged Sarajevo against the Serbs, he kept a notebook in which he diligently recorded the number of Serbs he killed- before he himself was killed by a sniper’s bullet, which struck him in the eye.

Juši?’s video installation narrates the entries from her father’s notebook, with the artist’s hand drawing a red circle from which the image of her father gradually appears Christiane Baumgartner’s work Klassenkameraden is a screen-printed triptych based on one of her old school photographs. The piece triggers her ambivalent memories of a childhood in the socialist GDR and locates her in a place and time relegated to history, where individuality was shunned. Superimposing their faces on top of one other, Baumgartner protects the identity of her friends, rendering them unrecognisable, and instead producing a generic, anonymous face of the masses.

Nadia Kaabi-Linke’s multi-media work revolves around her memory of, and on-going engagement with, Tunisia and the Middle East more generally. In Stigmata of the Medina of Tunis (2009), an installation made up of transfer prints of the writings on the old walls of Tunis, Kaabi-Linke returns to the city where she was born, intrigued by its societal divisions. The tension between ‘traditional’ and ‘modern’ social and political values- expressed in the wall inscriptions and reinforced by the fragmentary nature of the installation- conveys a sense of living in several time zones at once. Ninar Esber’s work deconstructs symbols of national identity. In Les Couleurs (2003-09) she mixes the colours composing a national flag and puts the resulting and often strange colour in cans of paint labelled by country. A selection of alternative flags based on these colours are visualised as wall paintings. Thus, the certainty at the heart of nationalism, projected by the display of national flags, is destabilised and transformed into something unrecognisable.

K. Yoland collects, creates and layers images in her multi-media work. In her video X-Steps Removed, a photographic image of the conflict in Gaza in 2008-09 flashes in front of our eyes like the countdown to an explosion. The image gradually blurs into abstraction until only a nondescript grey square remains. The work replaces the certainty of a news item with a lingering sense of ambiguity about the images used to report conflicts and the way in which we see or do not see them and the story from which they first originated .