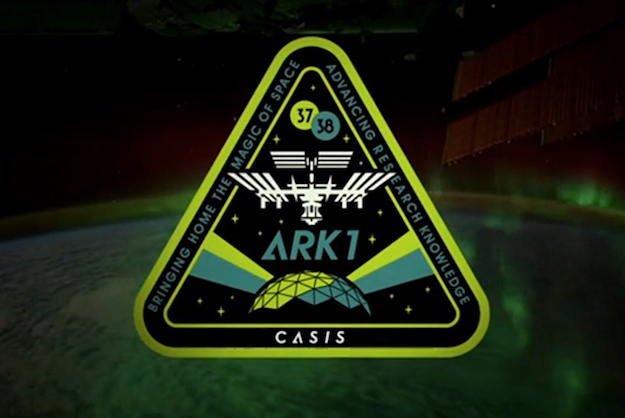 Shepard Fairey recently, collaborated with the International Space Station to work on a badge for the upcoming ARK1 mission.

The mission will run from September 2013 until March 2014. The flight will be managed by the non-profit organization Advancement of Science in Space (CASIS). The project was originally assigned to design agency Fiction in Florida, who then commissioned Fairey for the work.

It’s a really special thing. I’m just flattered and honored that I could create something that becomes just a small symbol of how things can move forward.