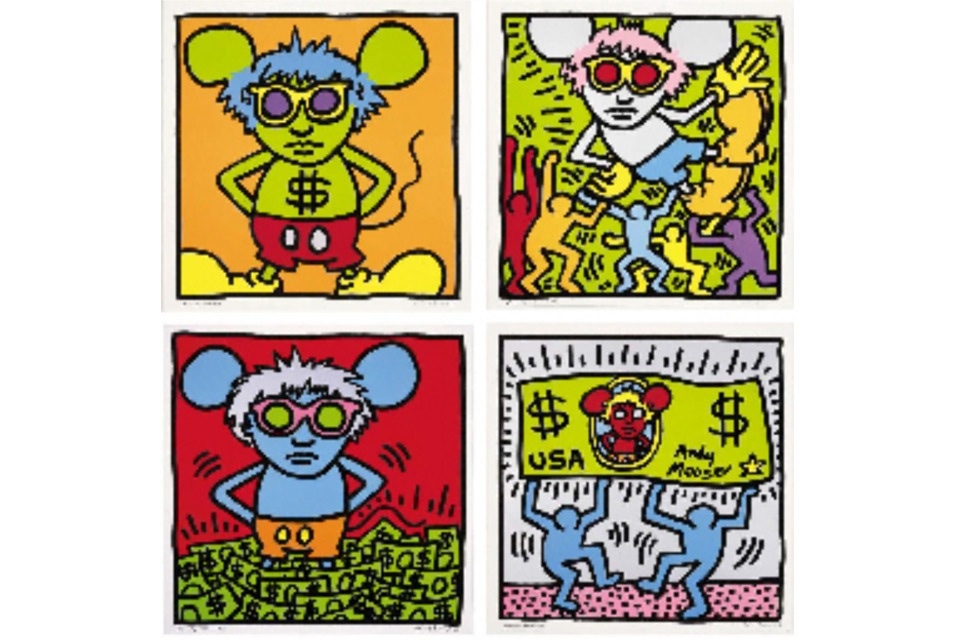 One of the ten authenticated Keith Haring works at Haring Miami

The Keith Haring Foundation (the “Foundation”), which owns intellectual property rights in Keith Haring’s works, as well as a significant collection of Haring artwork, filed a lawsuit today in federal District Court in Miami. The suit seeks emergency relief in the form of a restraining order and an injunction against the organizers of an exhibition advertised and promoted as “Haring Miami.” In addition to a complaint for copyright and trademark infringement, the Foundation submitted an Emergency Motion for a Temporary Restraining Order and a demand for the immediate removal of all but 10 works, accompanied by declarations from Julia Gruen, the Foundation’s Executive Director, David Stark, a Foundation Board Member, and the Foundation’s general counsel, Michael Ward Stout and Eric Johnson of Stout Thomas & Johnson, in an effort to stop the display of fake Haring works at the exhibition, which opened Wednesday evening at the Moore Building in downtown Miami.

The organizers of the exhibition managed to convince prominent members of the Miami arts community to join the “Host Committee,” and secured sponsorship from established organizations and companies including The Miami Herald, Bombay Sapphire, Veuve Clicquot, and several others by assuring them that approximately 200 original Haring artworks were being presented.

The show also attracted supporters by announcing an award to be presented at the exhibition’s March 6 VIP opening to prominent journalist, Steven Rothaus of the Miami Herald. Prior to the court hearing the Foundation’s application for immediate relief, the organizers’ counsel contacted the Foundation’s litigation counsel, Proskauer Rose, in an attempt to reach an agreement. The Foundation is pleased to announce that, as an interim step, the organizers of “Haring Miami” have agreed to remove all fake Haring works from the exhibition immediately and to destroy the offending catalogue that illustrated most of the fake works. The Foundation plans to continue to pursue this lawsuit, carrying the message that it will enforce the Foundation’s rights and protect the artist’s legacy in every case of suspected fraud. The Keith Haring Foundation, established by the artist in 1989, provides support to organizations that offer educational opportunities to underprivileged children and to organizations that engage in education, prevention and care with respect to AIDS and HIV infection.