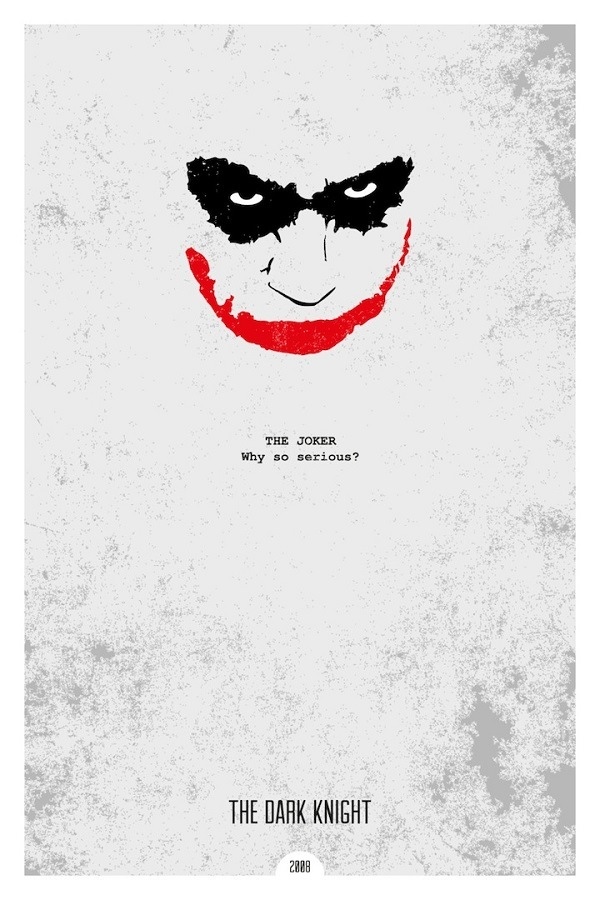 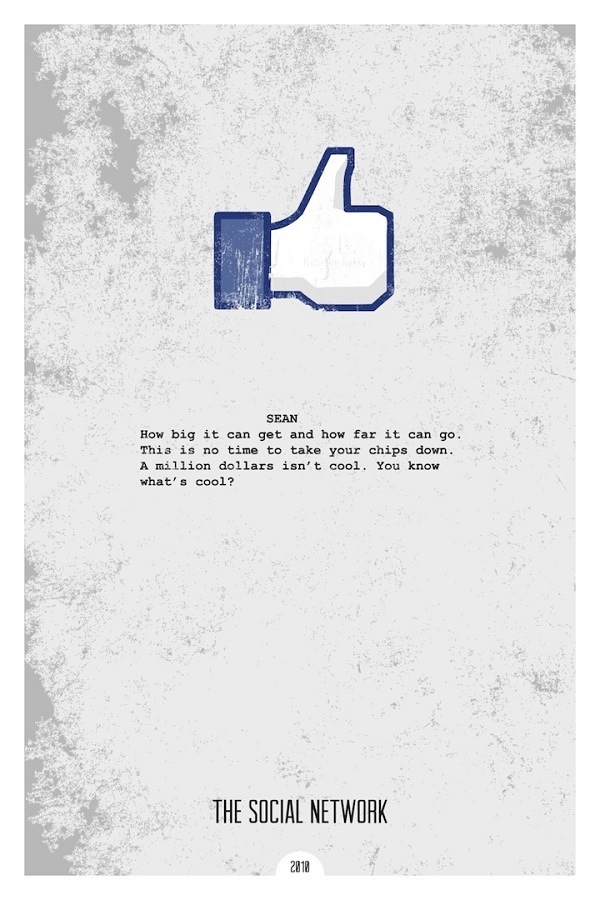 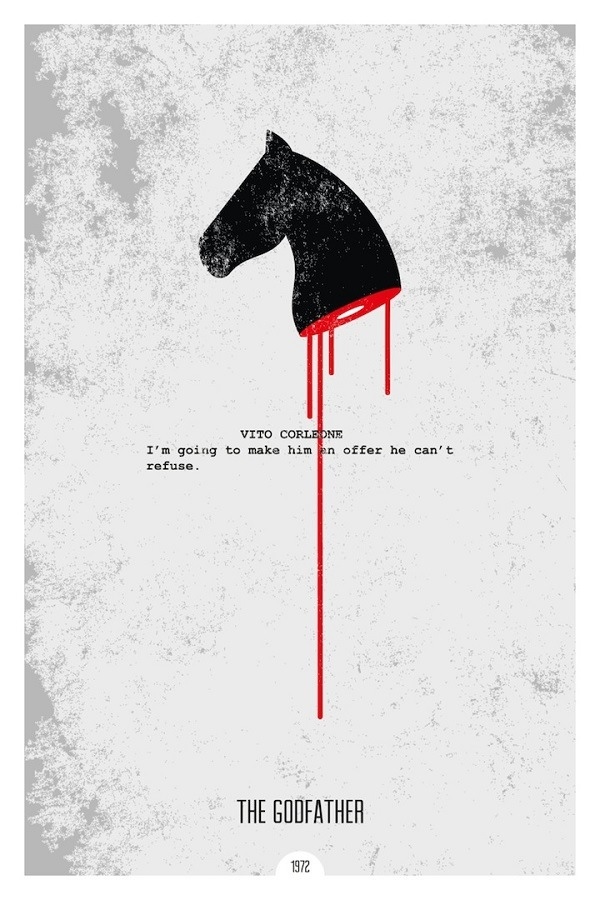 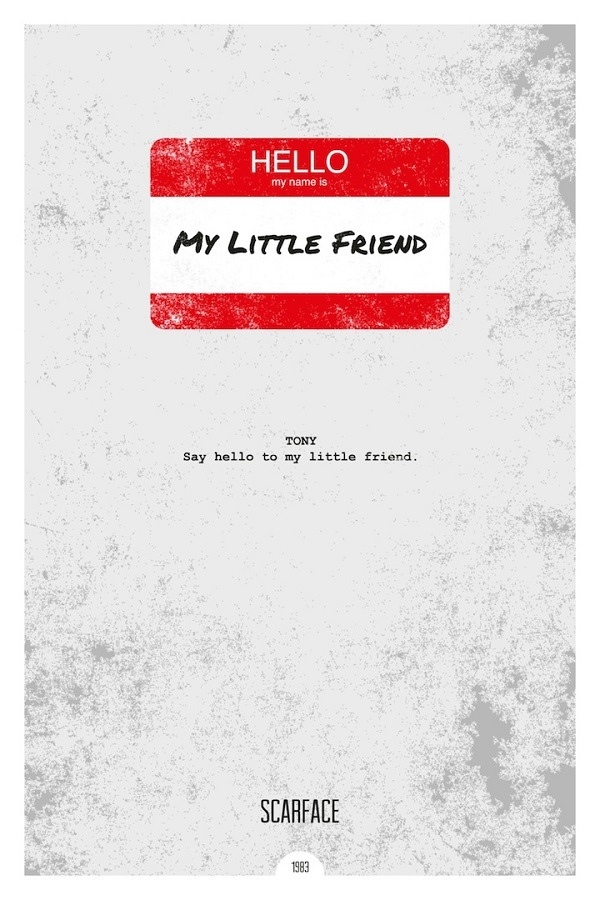 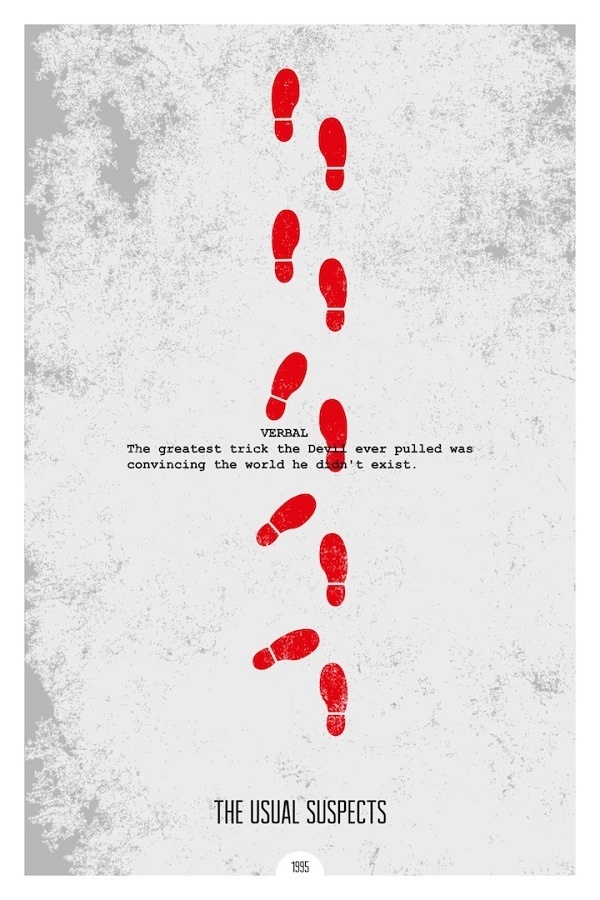 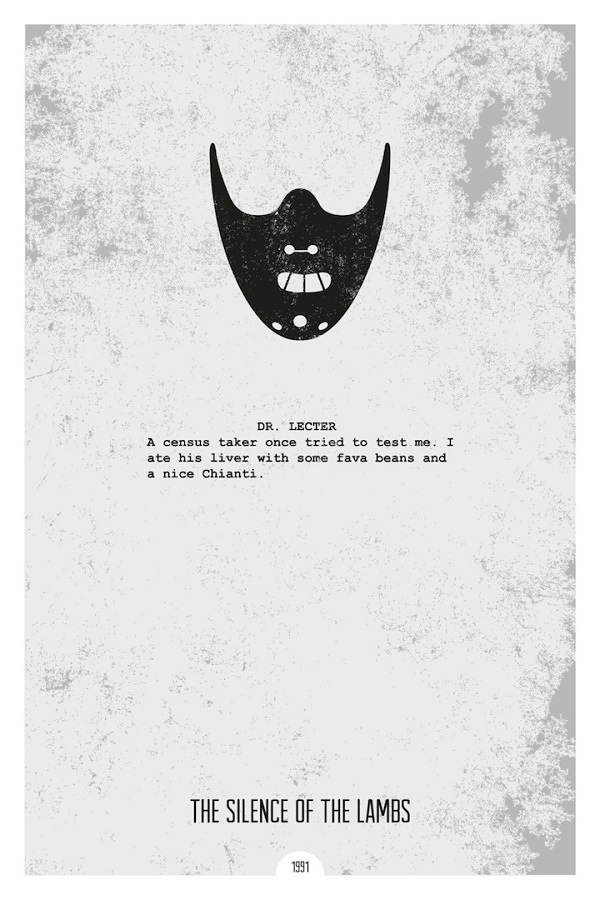 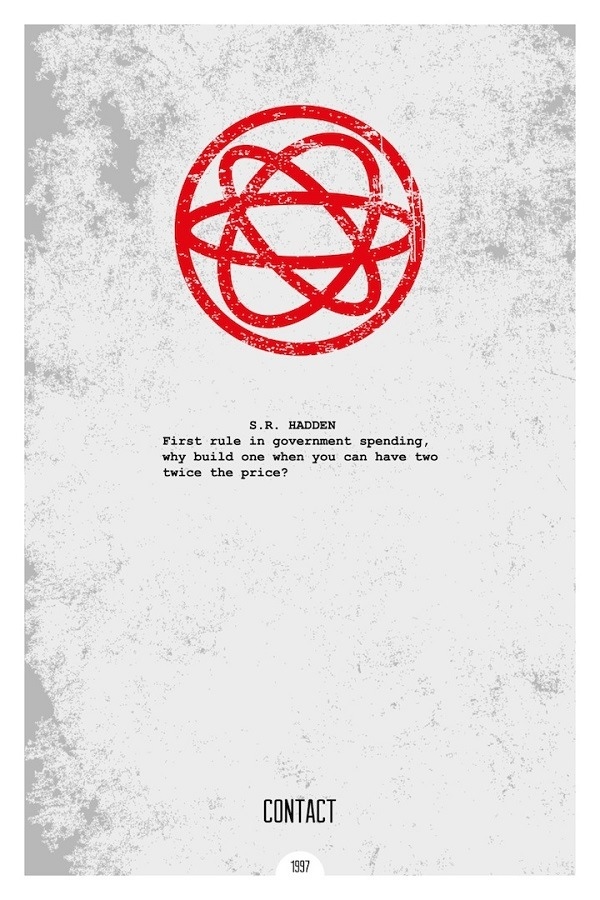 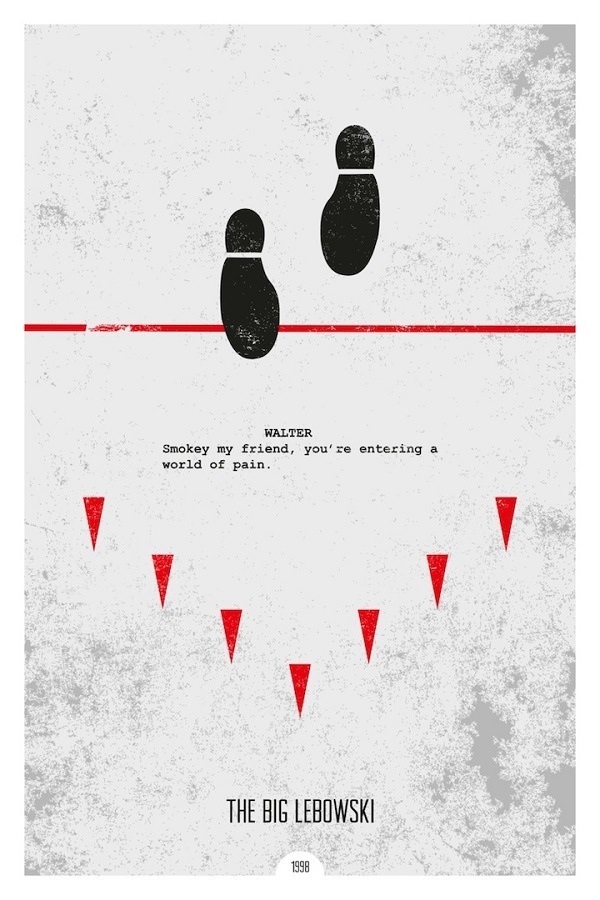 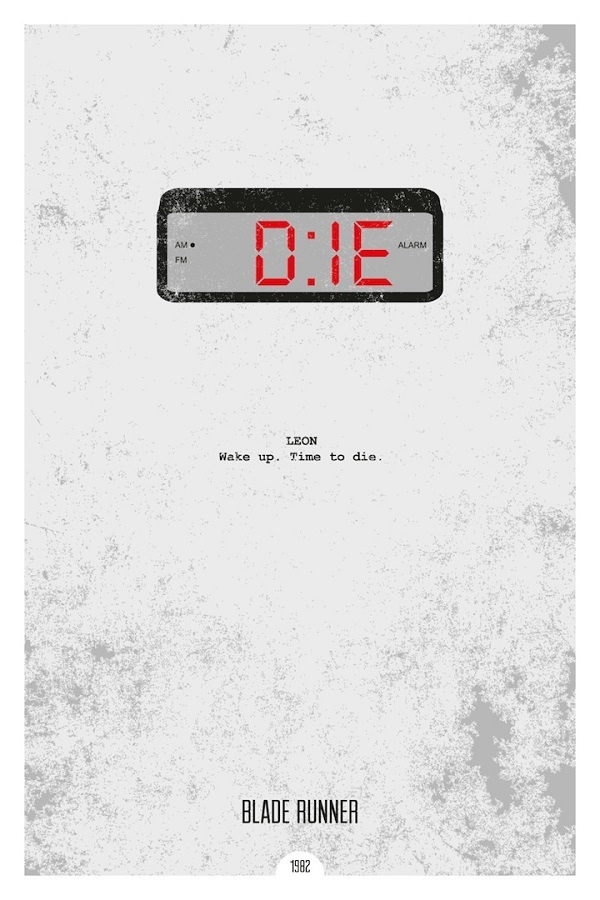 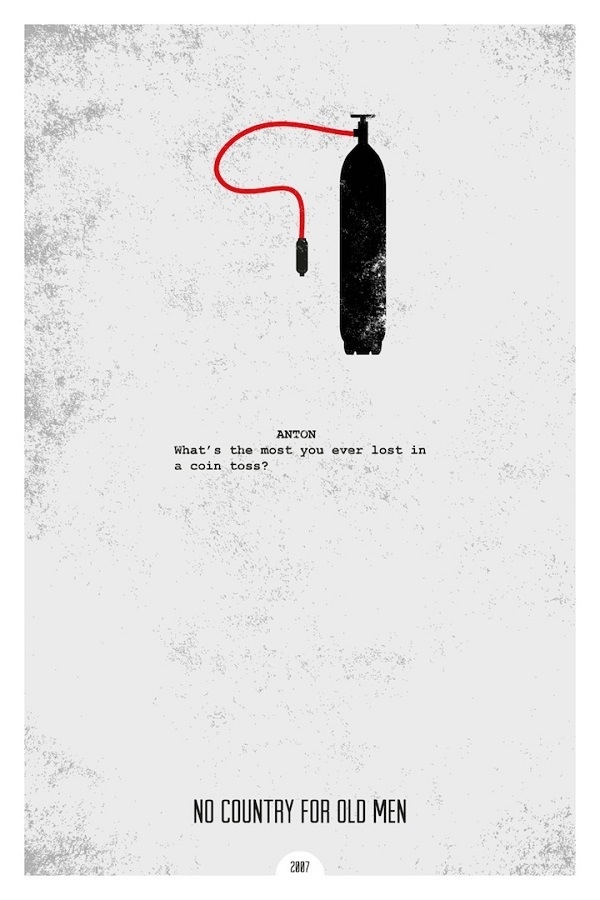 Dope Prints have made a series of minimal movie posters with iconic quotes. The quotes were created in screenplay-style, as though the letters were typed.

Using barren gray backdrops and selected sentences, the approach creates a resemblance of a screenplay which gives direct references to favorite characters, plots and monologues.