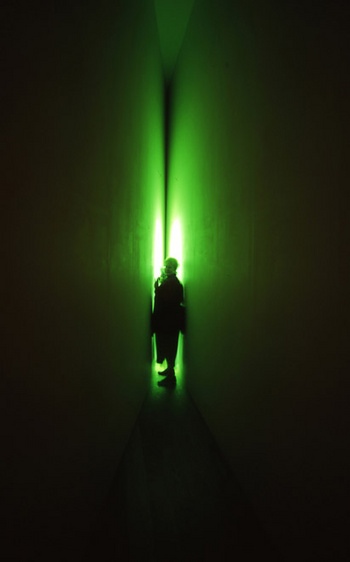 Ahead of the new Bruce Nauman show mindfuck FAD caught up with Philip Larratt- Smith the curator of the show to ask him a few questions.

The exhibition looks at work from throughout Nauman’s career, but there is also a focus on his neon sculptures and installations, what is it about these works that makes them particularly interesting?

The selection of work in Bruce Nauman / mindfuck brings together neon works that deal with language and represent the cerebral and intellectual side of Nauman’s art, and works of installation that foreground the physical and experiential dimension of his production. Taken together, they should form a dialogue about the connections and points of breakage between mind and body, language and experience, the self and the world. Like the two halves of the brain, they perform different functions but work together. I chose the pieces that best embody the metapsychological implications of Nauman’s practise.

From your previous curation it seems you have a particular interest in Psychoanalytic theory, but in what ways is this relevant to Nauman’s work?

Nauman’s work has traditionally been read through the lens of conceptual art and philosophy. But the psychological side, and the psychoanalytic implications, of Nauman’s work are what make his work compelling to me. It is very odd that a body of work dealing with sex, death, aggression, human nature, and the dislocations between mind and body has never been subjected to a thoroughgoing psychoanalytic reading. This lacuna is due in part to the moment in which Nauman first emerged as an artist. Freudian psychoanalysis was out, and behaviorism, empiricism, and the social sciences were in. It is also because Nauman was received and understood as a conceptual artist above all, a reception which combined with the Zeitgeist to foreclose the possibility of a psychoanalytic reading.

Can you talk about your choice for the title of the show? It has an aggression to it – do you think Nauman is deliberately manipulating his audiences?

The term mindfuck bring together in a compound word both noun and verb and elegantly embodied the mind-body split that is one of the core areas of exploration proposed by the exhibition. It is a piece of American vernacular, like the neon signs that inspired Nauman’s own sculptures, and it references his love for pun, phrase, idiom, and slang.

If it is aggressive this is merely as it should be, because this exhibition proposes nothing less than a radical revision of the understanding of Nauman’s work. I am aware that “mindfuck” could be viewed as a provocation, but I hope it is understood as thought-provoking rather than merely shocking.

With respect to your other questions: yes, in some cases Nauman is manipulating his audience, but it is never aggression for aggression’s sake, and in his videos and certain installations he subjects himself to the same treatment. Obviously the corridor pieces are highly choreographed experiences which Nauman has created in order to produce a specific reaction in the spectator, and this implies a degree of control that is perhaps uncomfortable for some. You could say that his work has one foot in behaviourism – the theory that man is shaped by his environment – and the other in Freudian psychoanalysis – which posits a core structure to the mind that remains consistent and unchanging across cultures and classes, with an internal logic of its own.

What is your own connection to Nauman’s work?

To my mind Nauman is one of the most important artists of the postwar period. His work contains all the major themes: sex, death, identity, beauty. This last item bears repeating: Nauman’s neons, his drawings, his sculptures and installations are of course masterpieces of conceptual art, but they are also extremely beautiful.

Typically I am interested in artists who exhibit a strong psychology, whose pathological side is very pronounced. For example, Louise Bourgeois, Yayoi Kusama, Francis Bacon, Edvard Munch, Larry Clark, Adolf Wölfli, Cady Noland, Jenny Holzer. As Freud said of the neurotic, I would say of these artists that their art gives us insight into so-called normal psychology. Nauman’s work does not at first glance fit into this category, since his work is not really the revelation of his individual subjectivity. Yet he has the rare gift to short-circuit and to provide a diagram – in the stick figures or basic phrases of his neons or his mousetrap-like installations – of human behaviour and human psychology when viewed from the highest level of abstraction. So in a sense his work provided a bird’s-eye-view of the psychology of the race.

You’ve written an essay for the exhibition publication – but it doesn’t sound like your typical catalogue essay, can you tell me about how you wrote it?

The catalogue contains three texts: an epigraph I selected from a transcript of a Gestalt group therapy session in which the word “mindfuck” appears repeatedly; a more traditional and straightforward introductory text setting forth my interpretation of Nauman’s work in light of trauma and metapsychology; and an extended non-traditional text that juxtaposes quotes from psychoanalytical texts and case studies, quotes from literature and film, writings by the artist himself, and images of Nauman’s works and works by other artists as well as film stills and medical photos. The juxtapositions of images should be understood not as illustrations but as visual entries that form an integral part of the main body of the text. All of these citations, visual or verbal, are collaged together in a fragmentary form that should enact the meaning of the title – the text should be a bit of a mindfuck as well. The usual of numerical notation is explicitly modelled on the Tractatus Logico-Philosophicus of Ludwig Wittgenstein, a key reference for Nauman.

When making this kind of text, I usually begin with images and then begin to work through texts that bear directly or obliquely on the thesis of the show. In this case, Nauman’s neon “Run from Fear, Fun from Rear” suggested a number of interesting counterpoints. The principal spine in the long text is composed of excerpts (printed in cyan in our catalogue) from Freud’s case of the Wolf Man, that patient who witnessed, or thought he witnessed, his parents having sex doggy style. This in turn led to other sources – on the one hand, to Nauman’s use of cast animal parts in his masterpiece Carousel, and on the other to the tale of Little Red Riding Hood. Each source branches out into other sources.

The process of making these texts is intuitive, and I never know what the final product will look like until I see it. I think this manner of writing, and in particular the incorporation of visual imagery, be it high art like Marcel Duchamp or low forms like pornography, has the potential to be richer and more interesting than the usual art historical style, valid as that may be in other respects. It allows me to open up the field of inquiry to many other disciplines and systems of knowledge. The use of visual images also permits me to communicate information by appealing to the eye, much as do the works of the artist themselves. The combination of reading and looking, language and image, reasoned reflection and immediate perception, embodies the core contradiction between mind and body that lies at heart of Nauman’s work.