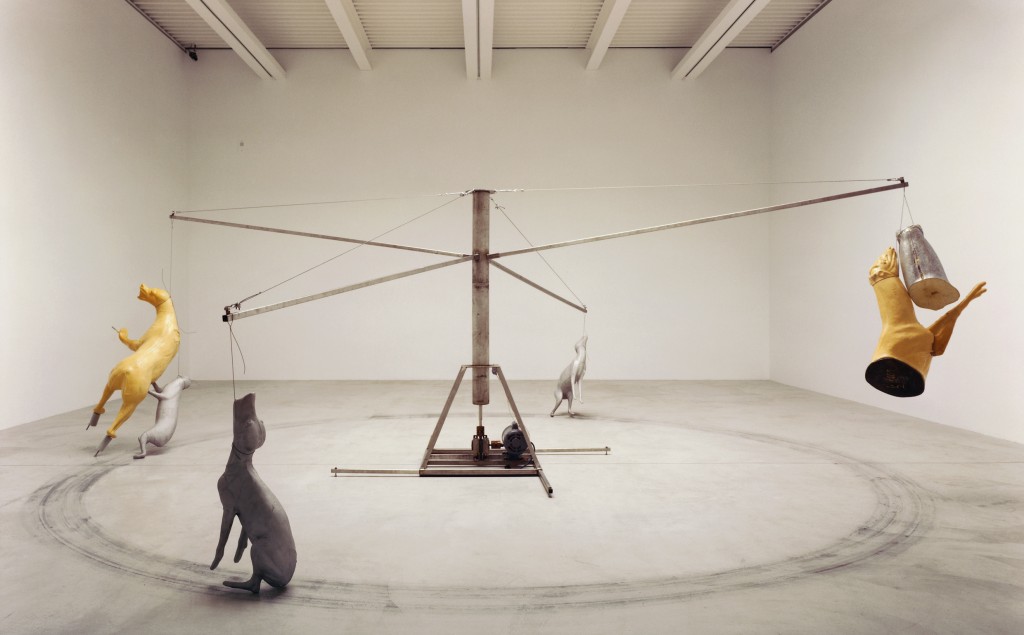 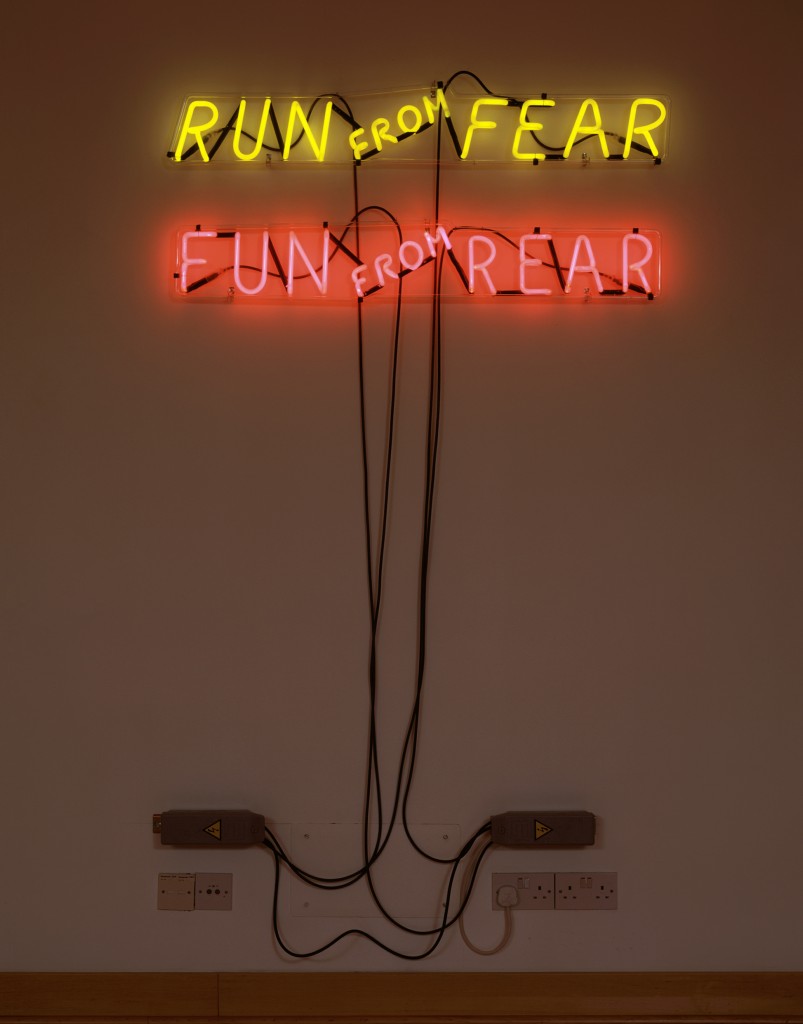 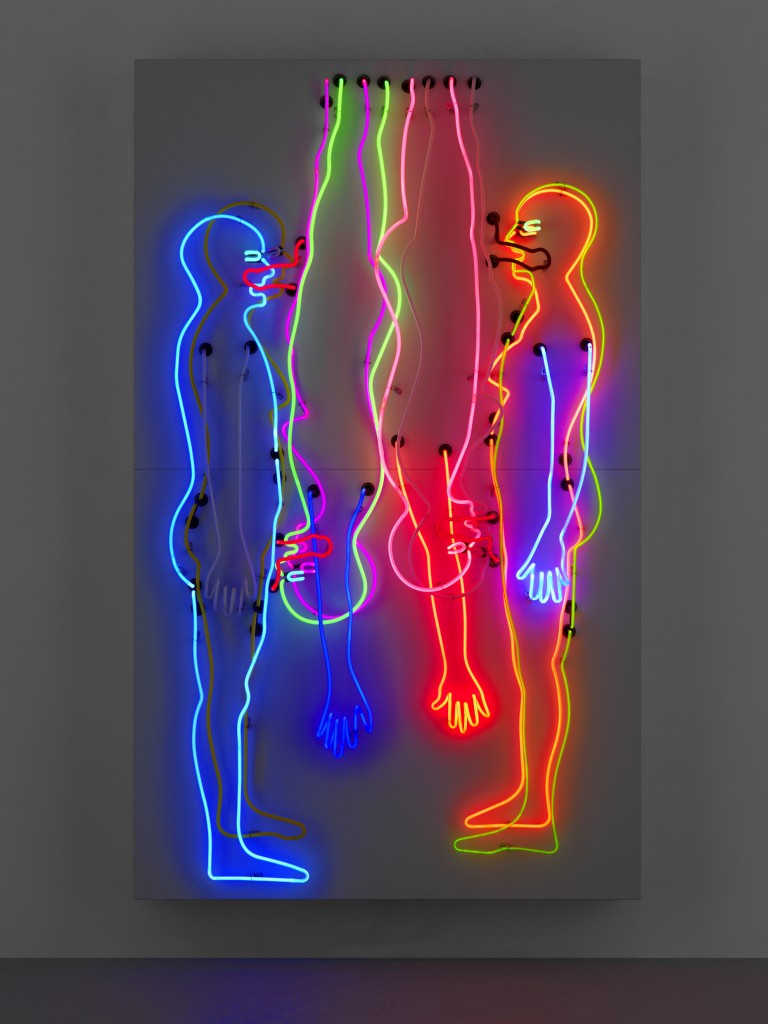 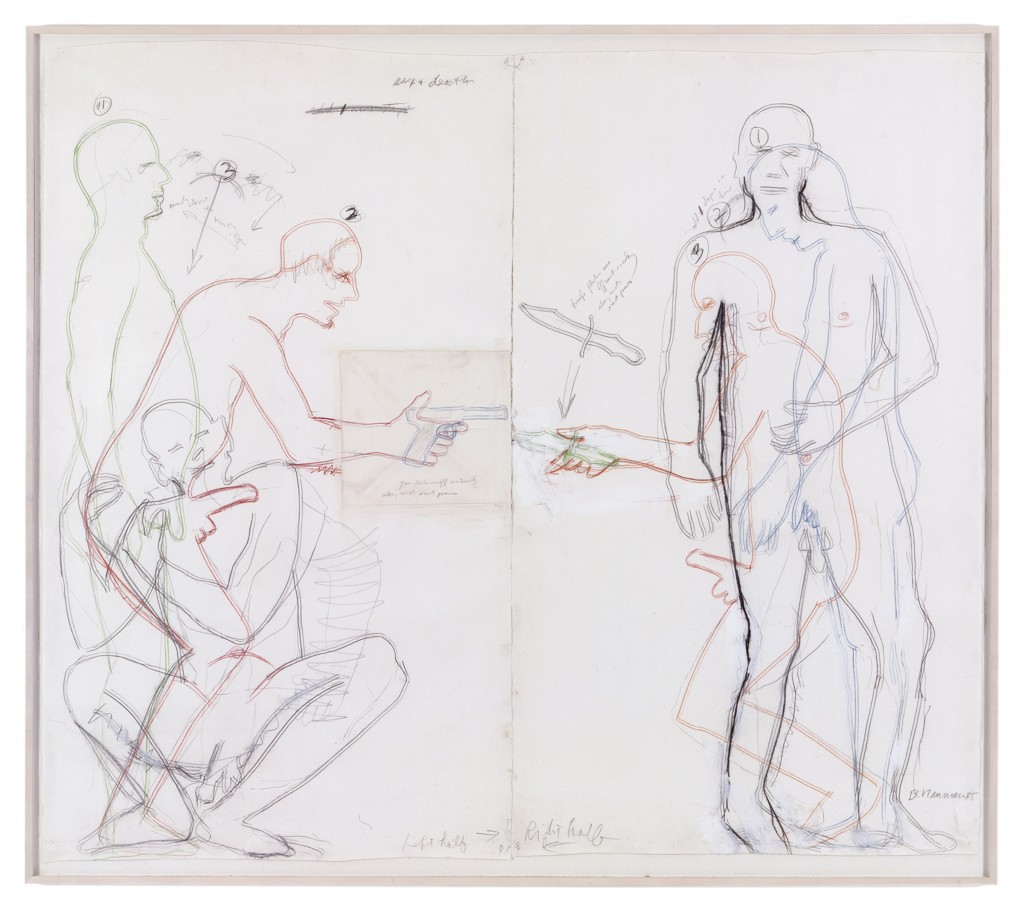 From 30th January, Hauser & Wirth will present ‘Bruce Nauman / mindfuck’ in the North Gallery, Savile Row. Curated by Philip Larratt- Smith, the exhibition features a rigorous selection of works from throughout Nauman’s career, with a particular emphasis on his iconic neon sculptures and installations.

To speak about the work of Bruce Nauman in the language of psychoanalytic theory is a complex task, given the heterogeneity of his production and the variety of schools of psychoanalytic thought. How is it that the critical discourse surrounding a body of work whose central themes are human nature, the mind-body split, language, sex, death, and aggression, has repressed its obvious psychoanalytic and psychological implication’s?

The experience of certain works by Nauman approximates a state of trauma, equivalent to the conversion symptoms of the hysteric, to the utterances of the psychotic, to the repetition compulsion tied to the death drive, to the reprimands of the superego, to good and bad internal objects, and to the logic of dreams. Undergirding all of his work is an uncanny ability to create visual and experiential equivalents for metapsychology and to tap into the deep structure of the human unconscious.

The exhibition’s title, ‘mindfuck’, is a slang term that may be used as both a noun and verb, situation and action. It can mean to brainwash or manipulate someone, or describe a distressing situation or incomprehensible event. A ‘mindfucker’ is anyone who makes a living by playing with the heads of his clientele, be it a guru, a psychoanalyst, a prostitute, or an artist. Like Nauman’s deceptively simple phrases, which turn on puns and reversals and often defy rational understanding, the vernacular ‘mindfuck’ distills in a single word the dichotomies and aporias that the exhibition proposes to explore, literally yoking together the rational and the intuitive, the verbal and the unutterable, the abstract and the physical.

‘Bruce Nauman / mindfuck’ highlights the enduring importance of the mind-body split in the artist’s work. Neon sculptures such as ‘Sex and Death / Double “69”‘ (1985) and ‘Good boy / Bad boy’ (1986 – 1987) could be said to represent the conscious and cerebral side of his art, whereas environmental installations such as ‘Carousel (Stainless Steel Version)’ (1988) and ‘Untitled (Helman Gallery Parallelogram)’ (1971) foreground the phenomenological aspect of his exploration of perception, space, and the body. His artistic project opens up into the realm of psychology, anthropology, sociology, and behavioural science. The artist once stated that he wished to make ‘art that was just there all at once…like getting hit in the back of the neck with a baseball bat’.

‘Bruce Nauman / mindfuck’ is accompanied by a publication featuring a unique, extended essay by Larratt-Smith, ‘mindfuck / notes for fun from rear’, that will collage original writing with images and citations from film, literature, art, politics, and psychoanalysis. As Nauman emerged at a time when behaviorism, object relations, and Gestalt psychology combined to emphasise the empirical over the symbolic world of the unconscious, this publication represents the first time that the artist’s work has been viewed through a Freudian lens.

Born in Fort Wayne IN in 1941, Bruce Nauman is widely regarded as one of the most important American contemporary artists. Since the mid- 1960s, Nauman has worked with sculpture, photography, performance, installation, film and video in an on-going exploration of the power of language in art. Nauman has had many retrospectives and his work has been the subject of numerous solo exhibitions at major art institutions worldwide, including ‘Bruce Nauman: Days’, which opened at Museum of Modern Art, New York NY (2010) and travelled to the Institute of Contemporary Arts, London, England (2012); ‘Bruce Nauman: Dream Passage’, Hamburger Bahnhof, Museum für Gegenwart, Berlin, Germany (2010); ‘Notations / Bruce Nauman: Days and Giorni’, Philadelphia Museum of Art, Philadelphia PA (2009) and his commission for the Turbine Hall, ‘Raw Materials’ at Tate Modern, London, England (2004). In 2009, Nauman represented the United States at the 53rd Venice Biennale. 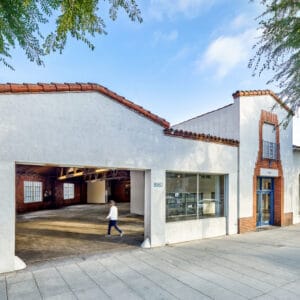