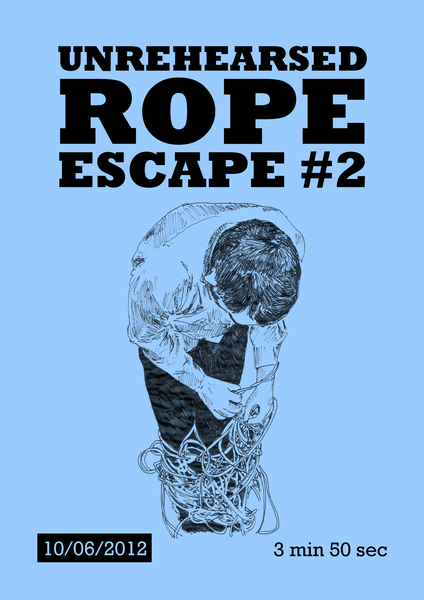 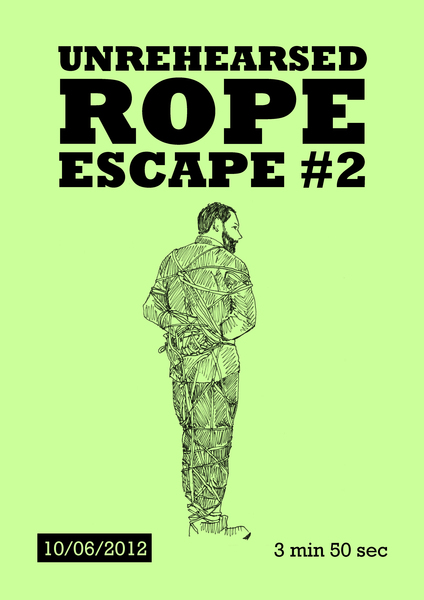 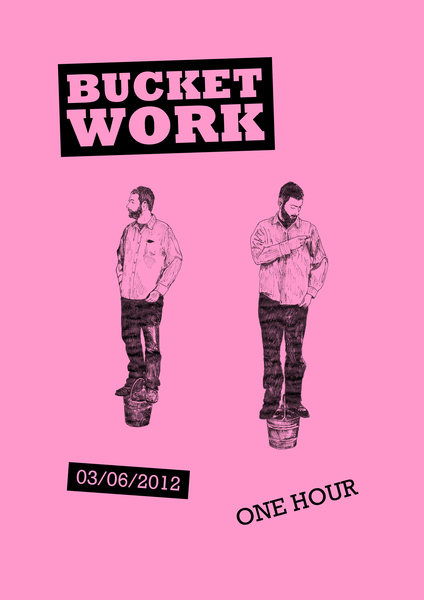 Up third is Andrew Gannon

1. If you weren’t an artist, what else would you be?
I think the first thing I ever wanted to be was a stunt man. I also wanted to be a musician, a magician and an archeologist ­– the adventuring. Sadly, I didn’t have the capacity for any of these things.

2. Can you tell us more about your work and what are the main ideas you would like to express?
Recently I’ve made work standing on a bucket and balancing on small wooden blocks. I’ve performed unrehearsed rope escapes and painted the faces of gallery invigilators and band members. I aim to make as much as I can with as little as possible. I think generosity and sincerity are pretty good ideas.

3. How do you start the process of making work?
I start by doing something. Then I think about why I did it and whether it was interesting. Then I try to take away everything that isn’t necessary.

4. Do you consider the viewer, when making your work?
To imagine making art is to imagine showing it.

6. What defines something as a work of art?
It’s a consensus between an artist and an audience. Anyone can say that anything is art. Whether it’s accepted or not, and more importantly, whether it’s considered to be good or not, is up to other people.

7. In times of austerity, do you think art has a moral obligation to respond topically?
Art can’t have any kind of obligations but, like any other member of the public, artists do. I’m not interested in didacticism in art, anything that tells you what to think is propaganda, but art will always be political, in no small part because people with opinions and agendas make it. This is why it’s important that artists come from all walks of society and why the arts and art education should be publicly funded and available to everyone.

8. Anytime, any place – which artist’s body would you most like to inhabit?
I’m unsure how to answer this question because I don’t really understand it but I think it might be about work envy. Which artist’s work do I wish I had made? In which case Chris Burden’s Metropolis, Gabriel Orozco’s Crazy Tourist and Lawrence Weiner’s A bit of matter and a little bit more all spring to mind, but the list could go on and on.

9. What was the most intelligent thing that someone said or wrote about your work?
I don’t know, I couldn’t know and I wouldn’t really want to judge. I am very fond of a comment I received about work that involved standing on top of a bin for three hours. “It’s like you’re a shit David Blaine.”

10. Which artists would you most like to rip off, sorry, I mean appropriate as a critique of originality and authorship?
I’ve taken things from a lot of different artists. Stealing good ideas is only worthwhile if you’re doing something new and interesting with them. Plagiarism isn’t interesting; if you’re just presenting old work as new then that isn’t adding anything to the conversation.

11. Do you care what your art costs? State your reasons!
Yes. I believe artists should be remunerated fairly for their work and I believe that art should be publicly funded and available to as many people as possible. Most private collectors support the arts but trading at inflated prices and the privatisation of artworks of historical importance is wrong. Amongst other things, it leads to local councils looking to sell artworks from public collections in order to raise capital, see Old Flo in Tower Hamlets for a topical example.

12. What’s next for you?
I’m going to continue to make the best art that I can.