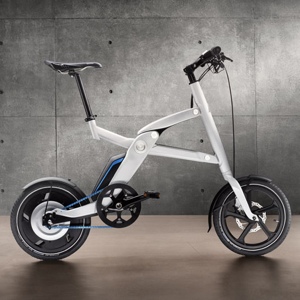 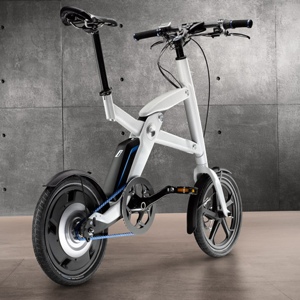 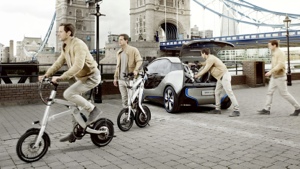 The BMW i Pedelec Concept is designed specifically to match the i3 Concept car launched in September last year . It collapses enough to be wheeled onto public transport and is still slow enough (25 kilometres per hour) not to require a license or insurance. It can be charged in four hours inside the boot of the car or from a domestic plug socket and the battery has a range of 25 to 40 kilometres.

BMW launched the bike to coincide with the opening of their BMW i Store on London’s Park Lane earlier this summer.