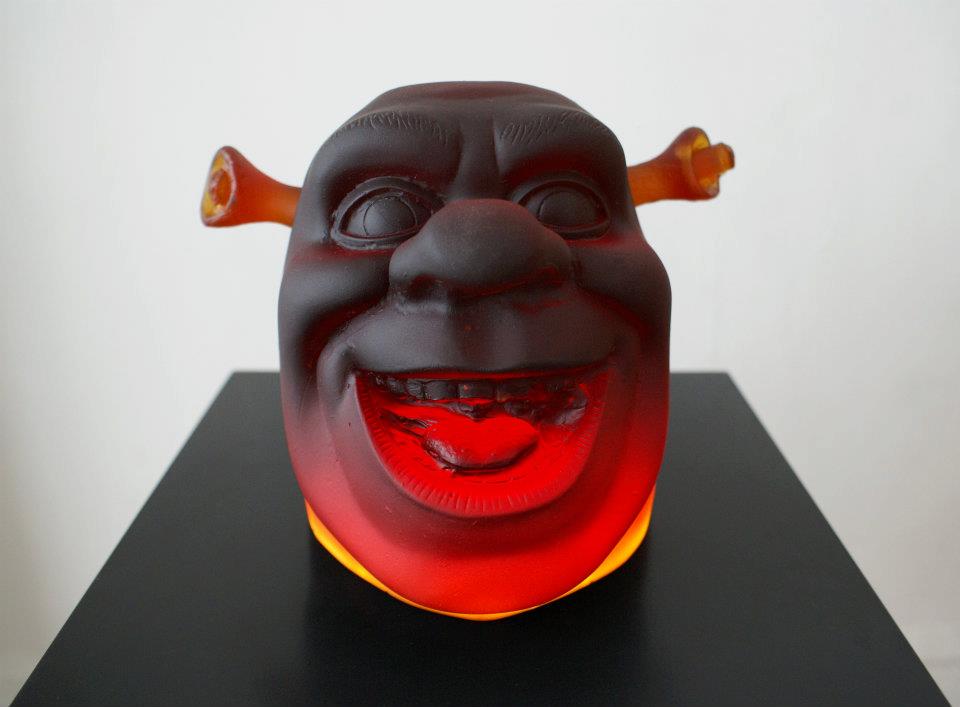 A Question of Sport: LGBT artists and their relationship to inclusivity

The exhibition runs until July 20th
a talk with the artists will be held on Wednesday July 11
In the Clifford Chance Auditorium at 1pm.
RSVP to jane.hindley@cliffordchance.com
Due to security measures you must RSVP to attend

A Question of Sport: LGBT artists and their relationship to inclusivity We often use sporting metaphors to inspire success: to go for gold; to give 110%; to cross the finishing line; to claim the podium. And what if we don’t succeed? Well, we then console ourselves by saying ‘it’s the taking part that counts’… but nobody believes that nonsense: as sportspeople say ‘a good loser is still a loser’. The same is true off the sports field. Britain used to celebrate the fact that gentlemen and players would enjoy a game of cricket across the class divide: but once the match was over (in my experience, mostly a draw after five days) the gentlemen returned to their grand estates, and the players to their rough working class homes, and everyone knew who had really won. Today, instead of Edwardian class struggle, we act out other conflicts through sports: in the changing room, male coaches taunt male teams that the ladies had better work harder, or that losing would be so gay; and in the media, journalists perpetuate the innuendo that all sportswomen are lesbians, or are men in drag. Martina Navratilova has stated that she wonders why male journalists fixate on lesbian players, and not on gay male players. Sports place athletes in competition with one another. And when their bodies are so perfectly attuned that just fractions of a second separate winning from losing, then alternative sources of competitive advantage may be fair game, not least psychological advantage. In athletics, gender (or rather, the appearance of gender difference) was used against Caster Semenya. And in group sports, sexuality has often been used against players, even against their own teammates.

When Justin Fashanu came out in 1990, he was the first professional footballer to do so. Rival fans targeted him, the sporting establishment did little to protect him, even his own brother, the football player John Fashanu, publicly disowned him. Sadly Justin took his own life. Twenty years later not a single major league professional footballer in any country is openly gay. Things are a bit better in rugby: Ian Roberts (Australia) came out in 1995, and Gareth Thomas (UK) in 2009. As for the Olympics, Matthew Mitcham (Australia) is the only openly gay sports person to have won a gold medal (2008, 10 meter platform dive) and, I believe, will be the only openly gay sportsman at the 2012 Olympics. Unsurprisingly, then, for many LGBT people (and a whole lot of nerdy or not good at sports straight kids), schools sports fields and locker rooms were and remain zones of actual or imminent humiliation. Only a lucky few found these positive places to grow and shine. There are signs of change. Dan Savage’s It Gets Better project seeks to combat homophobia in US high schools (and reduce the shocking rate of suicide amongst gay teens); President Obama and Hillary Clinton have recorded messages for the project, encouraging kids to hang in there. And Ben Cohen (former rugby player, different-sex lover and all-round good egg) runs a charity to address homophobia in British schools and sports fields. With all these thoughts in mind, and entirely unrelated to anything else that might be going on in London this summer, the 2012 Pride art exhibition focuses on LGBT artists and sportspeople. I invited all the artists that have previously exhibited to make a portrait of a sports person they admire (of any gender, sexuality, sex, ability or standing – local hero or international idol), or to create a work that deals with sport in some way. I also asked each artist to provide a brief text, explaining their choice. Unsurprisingly, the works are very diverse: some are conceptual and others figurative, and in many media (video, photography, painting and sculpture).