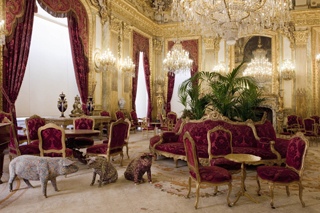 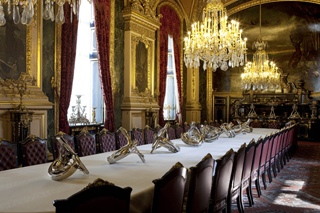 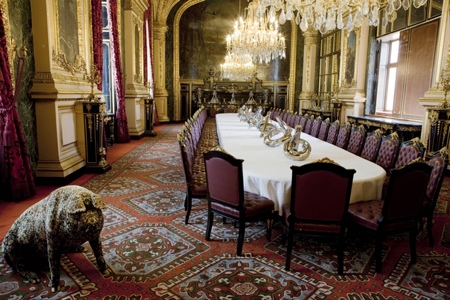 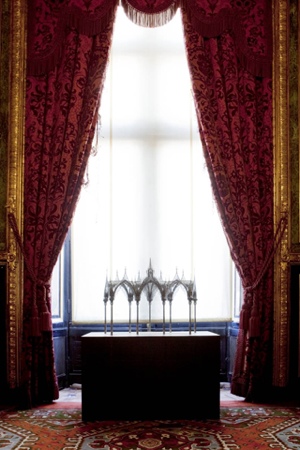 The Louvre has invited Wim Delvoye to intervene at various locations within the museum and nearby: under the Pyramid, in the Napoleon III apartments, in the Gothic galleries of the Department of Decorative Arts, and in the Tuileries gardens.

Wim Delvoye is the second artist, after Tony Cragg in 2011, to create a new, monumental sculpture to be installed at the central column supporting the Pyramid’s entry platform or belvedere: a huge Gothic corkscrew-shaped tower made of stainless steel, titled “Suppo”.

Another imposing Corten steel sculpture will take up residence in the Tuileries in July and remain at this venue through the autumn, when it will be joined by other works featured in FIAC’s outdoor sculpture exhibition.

Until June 16, Galerie Perrotin hosts “Rorschach”, a solo show by Wim Delvoye, featuring other new works echoing some of the same preoccupations as those addressed in the “Au Louvre” exhibition.