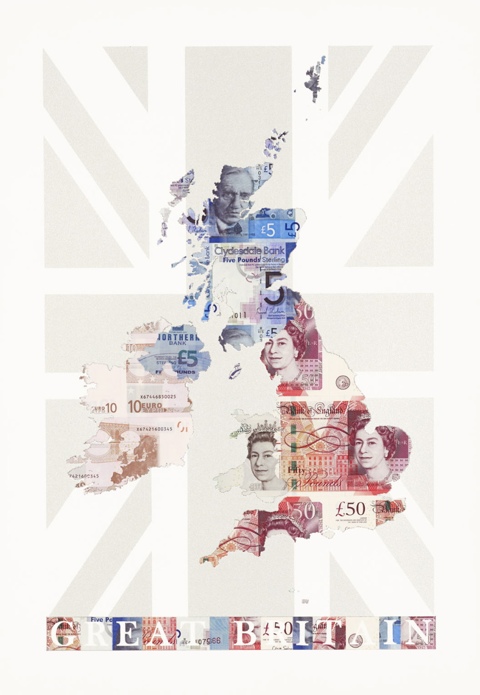 This is ‘Great Britain’ – a new limited edition print from the artist Justine Smith which Tag Fine Art willbe releasing at the London Original Print Fair, Royal Academy this month.

The print features banknotes of red, white and blue from all over the British Isles, on a white pearlised screen-printed ‘Union Jack’ background. New for 2012, it highlights the potent mix of patriotism and politics, divisions and debate surrounding this year’s national celebrations from the Olympics to the Jubilee, as well as (of course) their controversial expense.