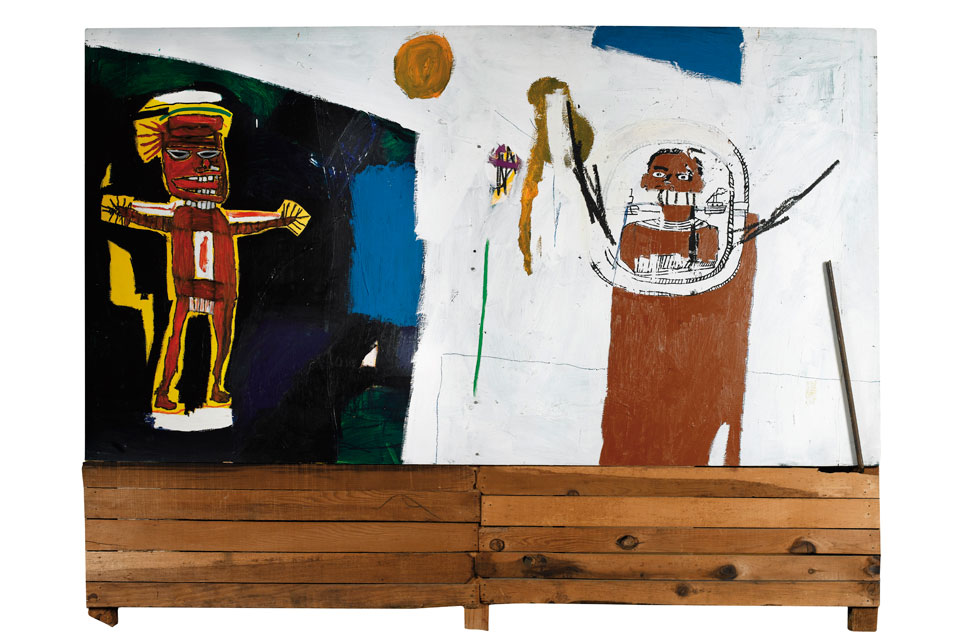 Sotheby’s upcoming sale of Contemporary Art will feature two sessions at the Galerie Charpentier in Paris on December 7 & 8.Coinciding with the Basquiat retrospective at the Paris Musée d’Art Moderne, Sotheby’s will offer Water-Worshipper, an iconic work from 1984, when Jean-Michel Basquiat was at the height of his powers. The canvas, kept in the same collection since it was acquired in 1988, evokes Basquiat’s Haiti origins and minority oppression in the Americas. Water-Worshipper is the contemporary work with the highest estimate (€2,300,000-3,000,000) to be offered at Sotheby’s Paris since 2008.

The Evening Sale on December 7 majors on a European Private Collection assembled between 1960-75, containing sixty carefully chosen works now appearing at auction for the first time. Three works from the collection were offered at Sotheby’s Contemporary Art sale in New York on November 9/10, while paintings by Victor Brauner and Wifredo Lam will feature at Sotheby’s Impressionist & Modern Art sale in Paris on December 8th.

One of the stand-out lots in the Evening Sale is a series of ten Andy Warhol silk-screens of Marilyn Monroe published by Factory Additions in 1967, each signed and numbered on the back (est. €1,000,000-1,500,000). Warhol’s Marilyn portrait is without doubt his most famous work, embodying the desires and dreams of a decade whose heroes came from the worlds of sport, television, politics and cinema. The complete portfolio of this famous print is being offered at Sotheby’s Paris for the first time.

The Day Sale on December 8 includes an imposing automobile compression by César, Shock Red 165, from his celebrated 1998 series of monochrome compressions made from Fiat cars, and exhibited at the Fondation Cartier pour l’Art Contemporain in 2008 (est. €150,000-200,000).