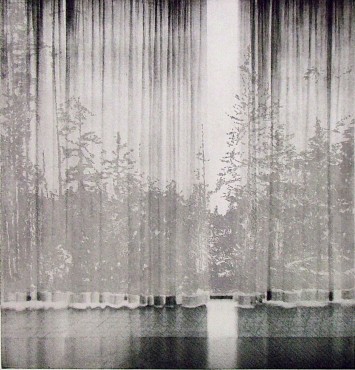 British artist, Paul Winstanley, opens his first solo exhibition at the Alan Cristea Gallery in September 2010. The exhibition will include new monoprints, watercolours, paintings and a series of etchings he published with the gallery in 2008. Following numerous exhibitions in Europe and the States, this will be the artist’s first exhibition in London since 2003 and is the first time that he has held an exhibition of his works on paper.

The series of 8 etchings were made at 107 Workshop in Wiltshire and take as their subject one of Winstanley’s most well-known motifs – the Veil. A net curtain hangs in front of a window and partially reveals a wooded landscape behind. 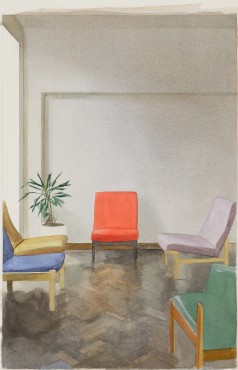 Image:Paul Winstanley, Interior with a Small Plant, 2010 Watercolour 51.0 x 34.0 cm Courtesy the artist and Alan Cristea Gallery
The centrepiece of the show will be a monumental series of 50 hand-painted etched monoprints made at Thumbprint Studio in London. In this series Winstanley took the idea of the landscape image and developed it, making four new plates in sugar-lift aquatint and hand painting each image in different colours. The group will be installed on one wall of the gallery, creating a multi-hued forested panorama.

The title of the exhibition is a conscious mis-quote of Neil Young’s ‘Everybody knows this is nowhere’. There is a generic quality about Winstanley’s images which allows them to be part of anyone’s memory – part of anyone’s past. They are nowhere and everywhere but, of course, they have to be based on real places. The landscapes are reconstructed from photographs he took while travelling in the north of Finland, whereas the interiors depict a room on an institutional campus in south London.

Winstanley is known for his detailed, realistic paintings of landscapes and interiors which acknowledge the centrality of the photographic image to contemporary life. At once methodical and melancholic, his works are generally rendered in a muted palette, reminiscent of a blurred snapshot. They begin life as a series of photographs which he then adapts and manipulates on his computer before painting them, in one layer, on canvas. 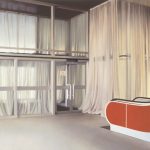 Michael Craig-Martin is almost as famous for his collection of writings ‘On Being An Artist’ as he is for his impeccably flat yet crisply sculptural drawing style. 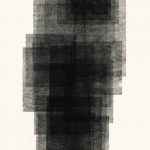 An new exhibition of prints by Antony Gormley opens in London

City & Guilds of London Art School proudly presents its 2012 MA Fine Art Show. 17 students will show their work in the Georgian surroundings of the School’s historic site on the edge of Cleaver Square, minutes away from Kennington tube station.