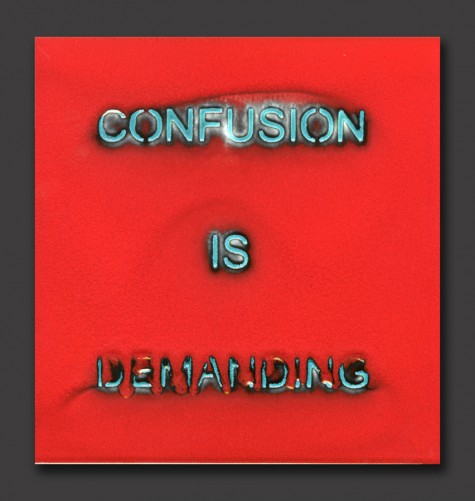 Brooklyn based ALSIO Design debuted a new ceramic tile series at this year’s ICFF. ALSIO was founded by Bobby Silverman, a ceramicist trained in Japan. Over the past 30 years, Bobby has collaborated with a growing number of architects and designers which led to the creation of ALSIO. The name is derived from letters taken from ALumina, SIlica, and Oxygen, the base materials of clay.

The new series called ‘Contextual Tiles’ feature words which are then translated into barcodes and braille. They are set in glaze and allowed to ooze and run during the firing process. The resulting effect looks more like a painting in acrylic or watercolor than a hard ceramic tile.Via:[PSFK]