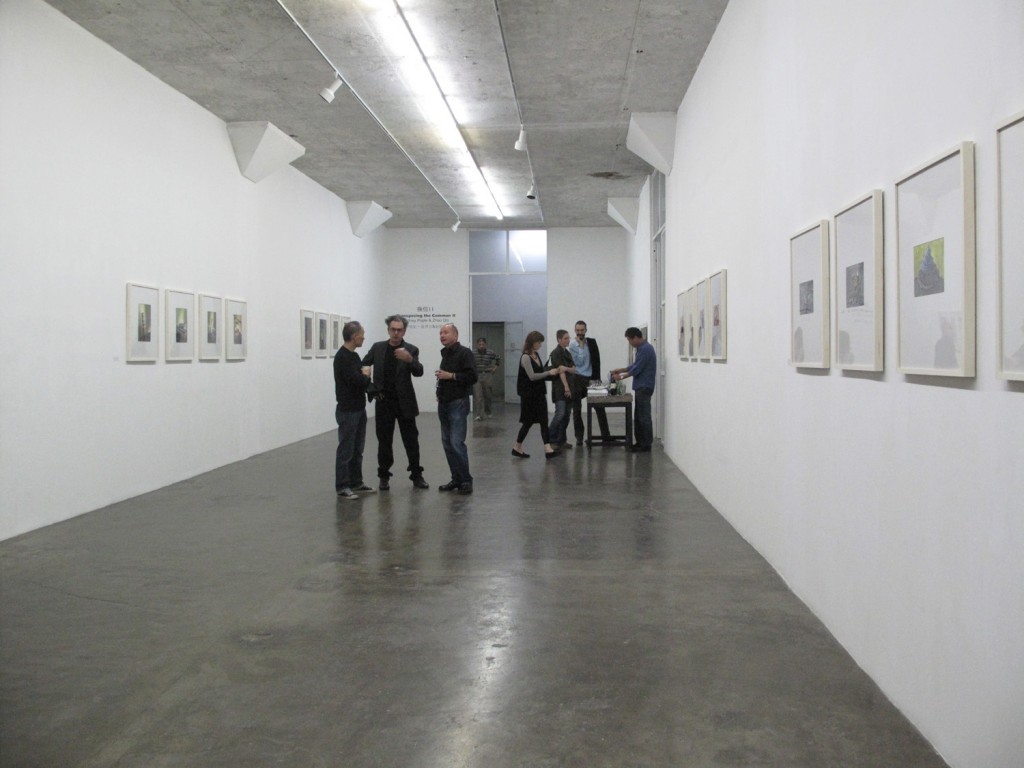 I have seen lots of exhibitions of paintings where the artist has just copied a photoshoped image. Often showing little awareness of the painterly surface. At first, I thought Pople’s pictures were just paintings executed with painstaking detail. They are in fact photoshoped images printed onto canvas then paint is applied often with rag to transform the surface. With much mixed media painting the paint is there to create a different spatial level. This is not the case with Pople’s works the paint is on the same plain as the photographic printed surface. The painted areas are seamlessly intertwined to the pre-printed; they are for the majority of the time indistinguishable. The paint changes the digital image and the digital image changes the paint. Though conversations on the death of a painting are themselves dead, and utterly dull, Pople’s work does bring a new angle on painting in the digital Baudrillardian world.

Much of the imagery in Pople’s paintings comes from past paintings. Ingres’ famous lute playing nude in ‘The Turkish Bath’ plays for a page three like female entertaining herself. Many other works have been pillaged the past for their iconography and replaced or added sexual female figures. Pople’s works are steeped in sex and European painterly religious history.

Not all paintings have such strong overt sexual references, interspersing two of the alter works was a painting of a shark swimming through a religious building. The painted shark helped to turn painted surface into a fluid moving one as apposed to the static still printed image. The two alter nudes either side became more watery just by conjunction.

Zhao Qin’s paintings work on the viewer at a much slower pace. There isn’t the same instant hit, but there is still as much force. The small works are colourful and highly textured. The imagery can be read as no less subversive or offensive as Pople’s, but depends on how you read it. Can you read gun tooting space men with traditional Chinese architecture in the background as not subtly subversive when China recently celebrated a space walk. Qin’s work is a dystopian world of bright glowing colours painted an almost innocently textured way. How could these small almost cute works be critiquing contemporary China?