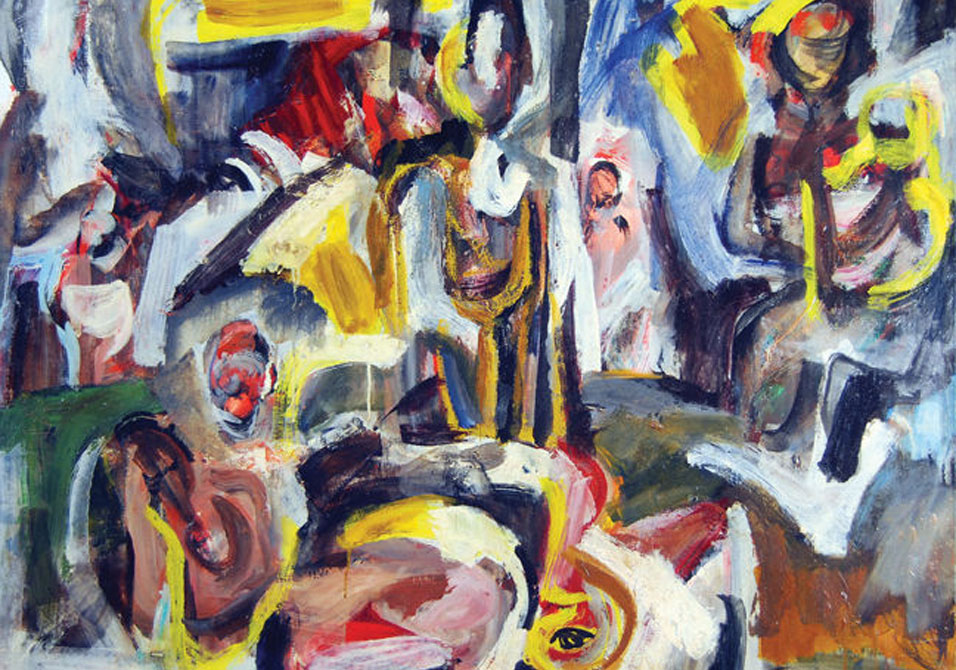 The New York School artists painted and frequently socialized together at the Artists’ Club in lower Manhattan during the 1940s and 1950s; exhibiting for the first time at the ground-breaking “Ninth Street” Exhibition in 1951. From this School emerged the pivotal art historical movement, American Abstract Expressionism. The works offered in this sale are prime examples by renowned New York School artists.

Artists of the “Ninth Street” Exhibition
Leading the sale is a group of works by ten artists who participated in the “Ninth Street” Exhibition including Peter Busa, Friedel Dzubas, Jimmy Ernst, Michael Goldberg, Robert Motherwell and Melville Price. Michael Goldberg, one of the youngest participants, exhibited in the “Ninth Street” show at the age of 27. Untitled, 1960, executed just nine years later, is a vibrant painting with color harmonies that foreshadow the artist’s mature works (estimate: $40,000-$50,000). Also offered in this section is Untitled, circa 1985 by Friedel

Women Artists of the New York School
Other sale highlights include a collection of ten paintings by women artists including Mary Abbott, Perle Fine, Elaine de Kooning and Michael Corinne West. The Bombash, 1950 is one of three works by Mary Abbott offered in the sale (estimate: $15,000-$20,000).

Abbott associated with Jackson Pollock at the Artists’ Club a decade earlier and this work reflects Pollock’s influence. The subject matter, however, owes to the artist’s travels to Haiti. Winter Landscape Collage Painting, 1966, by Elaine de Kooning, is a mixed media work in oil and found newspaper on panel in which the artist evokes a winter scene with evergreen brushstrokes over a field of white (estimate: $15,000-20,000). Also offered in this section are two rare works by Michael Corinne West, Quick Poem Summer, 1965 (estimate: $14,000-18,000) and White Writing, 1966 (estimate: $12,000-15,000).

Browse the Sale at www.artnetonlineauctions.com

Abstract Expressionist Women on the Rise

Hiding In Plain Sight: an exhibition that celebrates the female artists who helped shape the golden age of abstract expressionism in mid-twentieth-century America