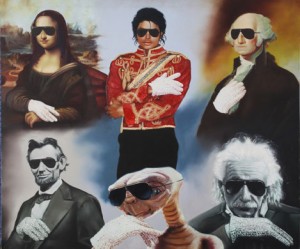 Photograph: Shaan Kokin/Julien’s Auctions
An array of treasures from Michael Jackson’s Neverland Ranch ranging from Michael Jackson’s iconic white-jeweled glove to the grandiose entry gates to Neverland Ranch are up for sale in a tour de force auction boasting more than 2,000 items in a live auction conducted by Julien’s Auctions. Beginning with a highlights tour to major cities worldwide, Julien’s Auctions will host a 7 day museum quality exhibition at 9900 Wilshire adjacent to The Beverly Hilton open to the public on Tuesday April 14th through Monday April 20th, the auction begins on Tuesday, April 21st and runs through Saturday April 25th.

This monumental five-day auction to be conducted by Julien’s Auctions April 21st-25th, 2009 at 9900 Wilshire Boulevard adjacent to the legendary Beverly Hilton Hotel, offers an astounding array of Fine & Decorative Art items, paintings and life size bronze and marble sculptures to Memorabilia from the Life & Career of Michael Jackson. The auction also includes Amusements, Arcade Games & Disneyana, Entertainment Memorabilia and Garden Statuary Furniture from the personal collection of Michael Jackson with a portion of the proceeds benefiting MusiCares®, a charity of The Recording Academy®. Auction Network will broadcast the auction live on national television and stream video of the auction online providing fans all over the world a front row seat to watch and bid in real time on the items up for sale.

Michael Jackson began his assent to the zenith of international pop culture in the 1970’s as the stand-out member of the Jackson 5. His aspirations for success as a solo artist would be realized beyond anyone’s wildest imagination in the following decade with the release of his albums Off The Wall, Thriller, and Bad. His altruistic personality and undeniable musical talent proved him capable of reinventing everything from music industry conventions to age-old racial barriers, becoming the first black entertainer to be embraced by the new crossover audience of the MTV generation. “The King of Pop” became one of the defining aspects of 1980’s popular culture. His highly acclaimed, extravagant worldwide tours propelled him into the international spotlight, earning him recognition and respect from millions of fans around the world. Michael Jackson’s innovations reach far beyond his groundbreaking musical aesthetic extending from short film to high fashion and influencing countless generations to come.

Neverland Ranch is named after Peter Pan’s magical island whose youthful inhabitants never grow up and was created in 1988 when Michael Jackson purchased the 2,700-acre property in central California’s wine country.

Michael Jackson was an enthusiastic and avid collector of everything from exquisite antiques to prized entertainment and popular culture memorabilia. Julien’s Auctions is proud to present all these items and much more for sale to the public in this once-in-a-lifetime auction of the personal property of Michael Jackson and the contents of Neverland Ranch.

Beginning February 15th, 2009, bidders will be able to place proxy bids, register for the auction and explore the history of the more than 2,000 items in this historic auction by visiting www.juliensauctions.com. 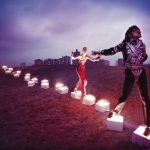 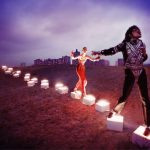 New exhibition exploring influence of Michael Jackson on contemporary art to open in London and Paris. 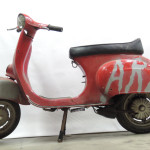